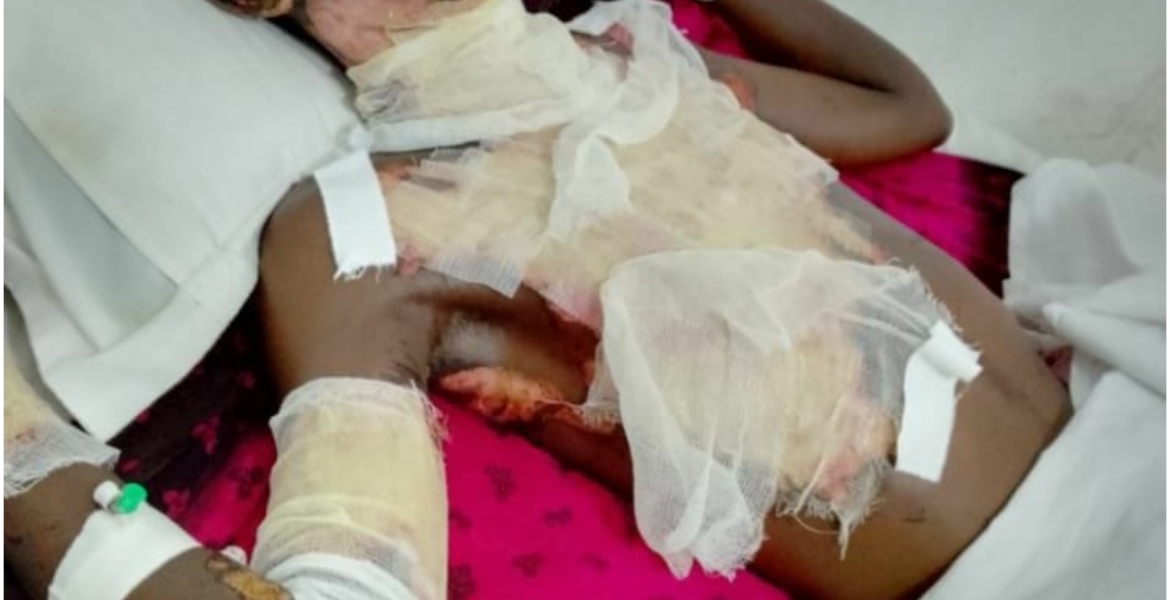 Police in Garissa have opened an investigation into a strange incident where a man doused himself in methylated spirit and set himself ablaze on advice given by a nurse friend.

Mohamud Haret, a resident of Kora Kora area of Iftin had escorted a patient to Mukono Hospital where his friend works as a nurse and innocently consulted the medic if the methylated spirit he saw at the desk could cause burns.

The nurse misadvised his friend to douse himself with the liquid and strike a matchstick, suggesting this would answer his question perfectly, according to a police report.

Trusting the nurse, Mohamed followed the advice by applying the tingling liquid on his skin then lit himself up only to realize the mess he was in when fire engulfed him and could hardly be contained.

The man sustained serious burns on the chest, face, and arms and was transferred to Ghal Private Hospital for further treatment following the Friday morning incident.

“Causing others to inflict harm and injuries to themselves is a criminal offense. So serious is the offense of aiding, such that in case an act inflicts grievous harm, the consequence can be grave and may even lead to life imprisonment. Reckless acts can equally earn someone a prison term.”

“We urge the public to desist from dangerous acts that may inflict harm to themselves, and those around them,” the National Police Service warned.