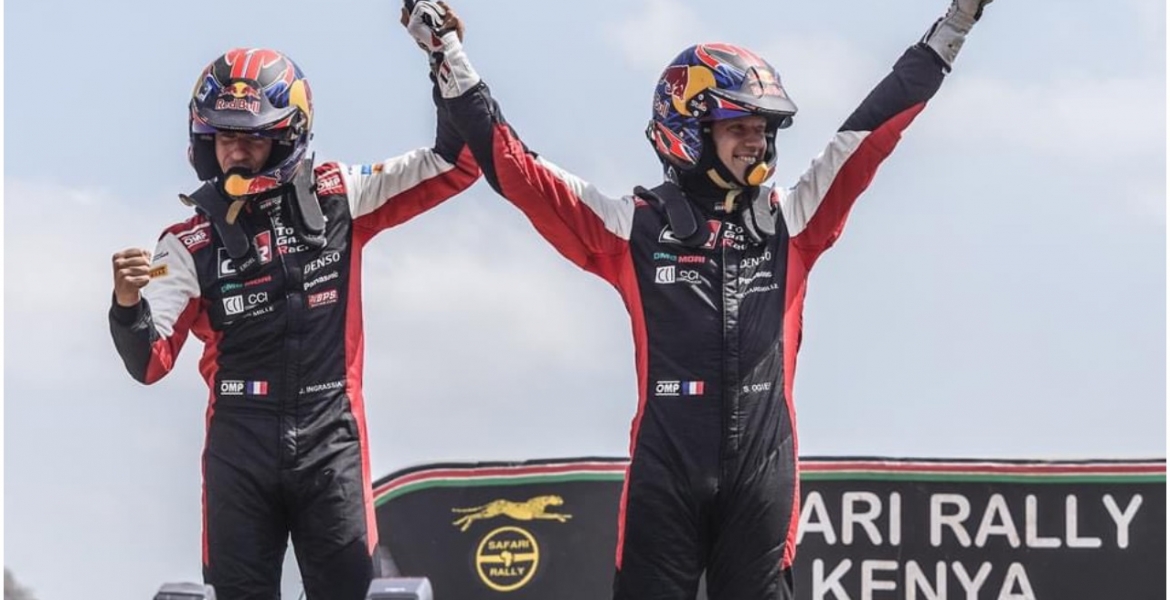 “A great win for us! After our trouble on Friday, we had a really good weekend, with a good pace and an amazing car. I want to congratulate Takamoto Katsuta: he’s made an amazing job, so well done Taka! A great result for the team!” Ogier tweeted on Sunday.

He added: “It’s been an amazing experience to be here. The support we got from the people has been incredible. Thank you so much, you have a beautiful country! Safari Rally Kenya might be a bit shorter compared to the past but the challenge is still very tough. We enjoyed.”

The event marked the return of the WRC Safari Rally in Kenya after a 19-year absence.