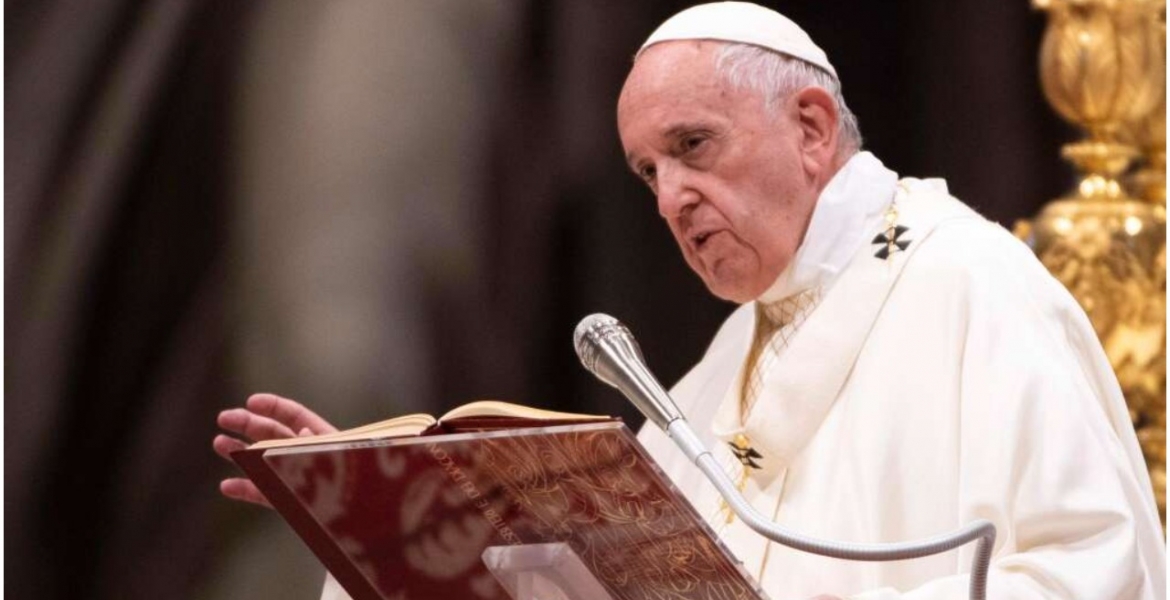 The Vatican has finally addressed the issue of whether Catholic priests can bless same-sex marriages.

In a decree approved by Pope Francis, the Vatican’s doctrinal office—the Congregation for the Doctrine of the Faith (CDF)—on Monday said priests and other church ministers cannot bless same-sex unions.

Even if priests approve such marriages, the doctrinal office said such blessings cannot be considered licit as it is impossible for “God to bless sin.”

"The blessing of homosexual unions cannot be considered licit, there are absolutely no grounds for considering homosexual unions to be in any way similar or even remotely analogous to God’s plan for marriage and family," The Vatican said in a statement.

The ruling by the CDF was in response to questions about gay unions and moves by some parishes in Germany and the US to impart such blessings as a sign of welcoming gay Catholics to the church.

The CDF explained that marriage between a man and a woman was a sacrament and blessings are related to the sacrament of marriage. As such, the blessings cannot be extended to gay couples.

“For this reason, it is not licit to impart a blessing on relationships, or partnerships, even stable, that involve sexual activity outside of marriage (i.e., outside the indissoluble union of a man and a woman open in itself to the transmission of life), as is the case of the unions between persons of the same-sex,” it said.

The most liberal Pope finally stands up for Christ. Now Biden and democrats will start complaining. Pope tackle the church mess of nuns and fathers affairs and forced abortions. Think about change of doctrine. God said do not forbid to marry. Married fathers and nuns would solve issues.

Maybe enlighten us on who is forcing women to have abortions. It should be a personal matter to those with uteruses and their doctors.

Priests play nuns and force them to abort to keep the job. Marriage can easily prevent that but Catholic is headed by Jezebel spirits. Worship of Mary is demonic

Homosexuality is a demon from hell and it can be cast out! The Bible is unequivocally against the practice. Thank you Catholic Church for choosing to obey the word of God!

What about eating pork, menstruating women staying in the house, working on Saturday, na kadhalika? When are those going to be banned, since the Old Testament says they should be avoided.

Gay Catholic Church.If I was a Catholic I will have quoted this white church long time coz they don’t have principles??Blessing this immoral behaviour is like entertaining it .That’s why I sometimes I admire my fellow Muslim brothers the way they defend their religion.

Words words. Easy to say to make a few bible thumping adherents happy. But Mr Pope, who leads in sodomizing young boys? As in No butts left behind. The Catholic church is not claim piety on this issue.

@ menelik. Know that queen of Sheba met solomon and Jesus had black disciples. Cananites were black. Rehab an ancestor of Christ was black and on and on. Christianity was in Ethiopia and India before Europe. It's not foreign to us

The skeptic that I am asks, how much has blessings helped heterosexual marriages ?I see alot of disfunctional unions,and divorces by Catholics whose marriages were blessed. Did the blessings run out?Blessed or not, I dont think that blessings makes that much of adifference.

The Catholic church is not fit to comment on choices that people decide to make about their personal and therefore private choices. Why not? It is the catholic church the late Pope Nicholas the Fifth who decided that Africans have no soul and therefore should be sold into slavery. The first African slave was captured in 1441 by the Portuguese and thereafter millions of Africans were captured and sold in the America's.

What bothers me so much is how an African can join an European cult (religion) and be a member of a cult that does not regard an African as a human being!

As soon as the African was sold, everything that resembles "African" was stripped away from him/her. First, the traditional African name was deleted, then language, culture, history, religion, and finally the African genetic physical features were psychologically turned into something evil and ugly and to be ashamed of. This process is still alive 2021. How? You will see an African bleach their skin, straighten their hair or wear a wig that resembles that of the evil invader.
In conclusion, an African has no rational reason to belong to a cult that sold Africans into slavery. The two main global religions have no room in the rational thinking current member of the African family. The catholic pope has no moral right to tell people how to lead their lives especially after the many sex scandals that have been kept under the rug by members of this cult.

@ Ndugu Imara, In my free time Itry to educate myself on topics aknow little about.So lately I have taken upon myself to find out why Islam religion is violent,and pretty much violets alot of human rights. When these concerns are brought to the fore front,the excuses I get from apologists of Islam is that these lines are taken out of context.Take for example the issue of 72 virgins.The apologists say that Allah promised rasins not women,but futher reading shows that they are clearly women,not 72 rasins we eat.
Another one is that of Islam allowing men to beat up their stubborn wives. Yes Koran says beat her as the final resort,but dont leave amark on her.The apologists say Koran says beat her with a brush or a feather-Really? If so why even beat her.Iam sure they Koran would have said brush her or feather her...
The worst one is the killing of the apostate.The Koran allows the killing of those who leave Islam.
One of the problems I see with these two big religions you mention is that, so called experts or religious leaders are the only authority when it comes to interpretation.Doesn't that contradict their message that God can answer your questions if you pray directly to him.Not only that,why should these good books be put in context.Killing is killing,adultery is adultery,all cardinal sins.Not context required,or needed to make them right,otherwise that would lead us to a serious realm of relativism.My two cents.

Karl Max and Friedrich Engels said the following on religion:

" Religion is the sigh of the oppressed creature, the heart of a heartless world, and the soul of the soulless conditions. It is the opium of the people."

The is no difference between the current world major religions and the American cult of "QAnon."

When will the Pope call "Slavery" sin?
On June 18th 1452, Pope Nicholas V issued a papal bull call "Dum Diversas" that granted Portugal and Spain " full permission to invade, search out, capture & subjugate unbelievers & enemies of christ wherever they may be... and to reduce their persons to perpetual slavery"
This Pope is occupying the same seat that was occupied by Pope Nicholas the V in 1452.
How about asking those who built their churches on our Ley Lines ( where two or more of these lines pass each other it is said to be a sacred and powerful place) to demolish them.