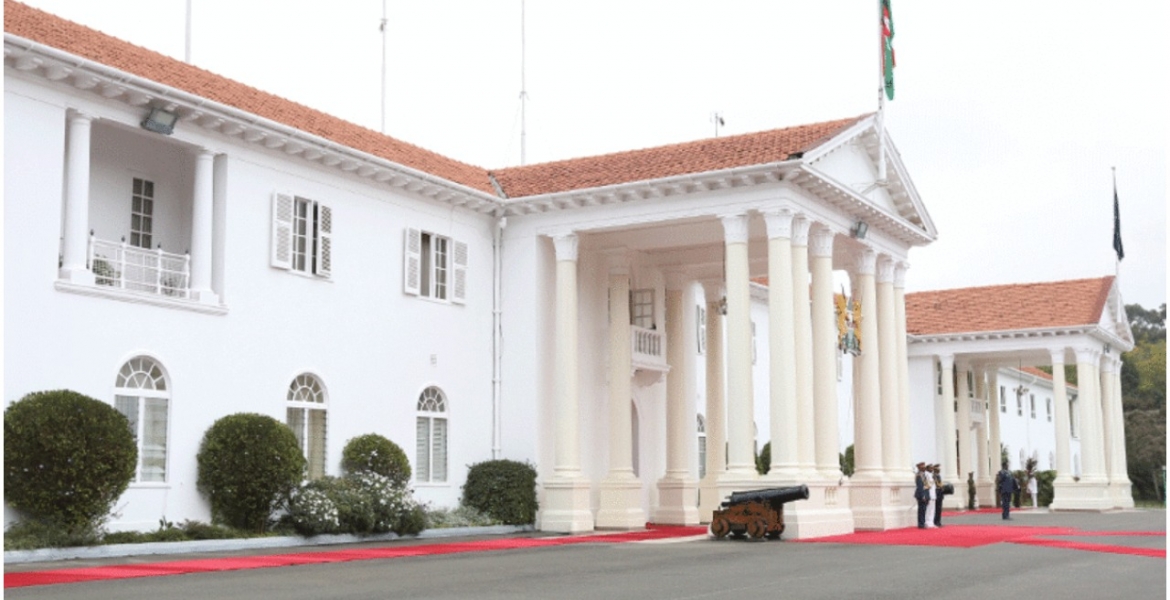 The National Treasury has allocated Sh86 million for the refurbishment of State House, Nairobi in the 2021/2022 financial year, which starts in July.

The State House, Nairobi facelift budget is expected to rise to Sh127 million heading into 2023/2024, according to a financial estimate provided by Treasury Cabinet Secretary Ukur Yatani.

The general renovation at State House will cost Sh111 million, rising to Sh172 million in the 2023/24 fiscal year.

In the 2023/24 financial year, the government will spend Sh45 million on the upgrade of specialized plants, equipment, and machinery at the president’s official residence.

The Sagana State Lodge will be renovated for Sh21 million and a similar amount will be set aside for its maintenance.

On the other hand, the Mombasa and Nakuru State Lodges will be refurbished at a combined cost of Sh40 million.

Next month, CS Yatani is expected to table the country’s largest budget, estimated at Sh3.6 trillion before the National Assembly.

Sh2.038 trillion, including Sh1.776 trillion in taxes, will be proceeds of government revenues, leaving a deficit of over Sh1.5 trillion.

To plug the deficit, Kenya is expected to borrow 952.9 billion, excluding new loans taken to retire old ones.

...upside down priorities... White elephants that serve no purpose but drain the already over-burdened taxpayer. God please have mercy..

Glaring wastage. Build a new one or make president a day scholar. Rent or tent is another option

WOW... ANOTHER CASH COW IN THE MAKING.
KENYANS KEEP ON SLEEPING.

Does it need a face lift? nothing wrong with general maintenance,and Iam sure that happens ,may be daily.
I agree @ Builder,build another one.The structural integrity might be compromised with so many face lifts.How old is this building anyway?

These demons are also purchasing a shs 2b. High Commissioner’s residence in London,counting birds and Serengeti wild beasts at shs 250m and renovating state hose for shs 88m.More to follow.Aki hungry billionaires have a lot to loot for 2022 campaigns.RISASI TU will save Kenya.

Agree ...Our leaders will never get it right. In the midst of Covid-19, why spend so much money in renovating buildings instead of using the money to get more vaccine for every Kenyan? Or use it to clean up the City that is so filthy?

When will the Kenyan people stop electing incompetent leaders?

THis is promising!! this will uplift our people from the yokes of poverty. This will inspire the youth and the entire country as a whole.. JK. I would convert all the state houses except the one in Nairobi into mental health facilities or even clinics. They are probably utilized once in a blue moon and still have to be maintained and security around the clock. Wastage upon wastage. I'm encouraged to see we are all on the same page except the elites, their days are truly numbered