Murathe: My Work was to Kick Out Deputy President William Ruto from Jubilee 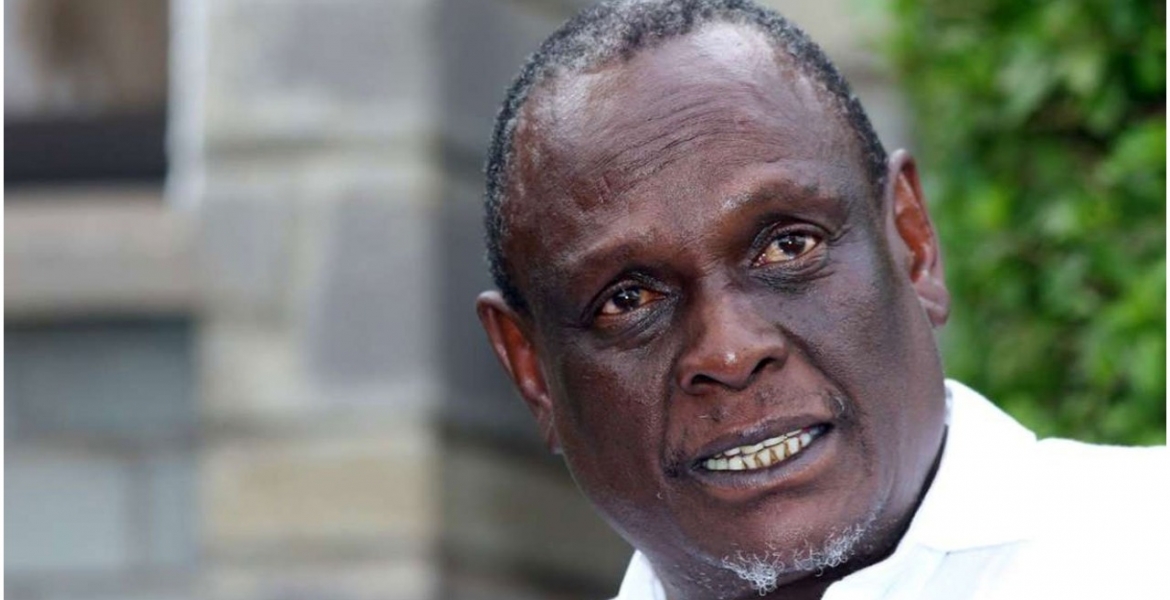 Jubilee vice-chairman David Murathe says the time has come for him to leave the ruling party.

Murathe, who spoke during an interview on NTV, said he successfully completed his mission of kicking out Deputy President William Ruto and his allies from Jubilee.

Having done his job, Murathe feels it is time to get a well-deserved break from the party leadership but he still has one unfinished business—kicking out Ruto from the Mt. Kenya region.

"Our job was to push those who do not believe in the dream of the party out. I am happy they have found a house called UDA [United Democratic Alliance]. Our work is done,” said Murathe.

Murathe, who is said to be a close ally of President Kenyatta, said his exit will pave the way for the recruitment of a new leadership team.

"We are all in an interim capacity and soon we will be releasing a timetable on how we will start campaigns for the party positions from the ward level to the national level. Myself, I am not interested in any position moving forward," he added.

U removed the cornerstone now u are left with mkebe. Congrats blind mouse. Jubilee will not be a factor 2022

Murathe removed a cable of thieves led by William Ruto! Ruto still need to go! It is time for Ruto to go! He is trying biggest thief in the entire world.

Those removed were Ruto allies that he used to steal from our government! You ought to be seriously ashamed for calling thieves “cornerstone”@woke you poor dummy! No wonde Kenya never progresses because of idiotic damn fools like you!

Murathe - the mission is not complete yet until you kick Ruto out of the DO position. Why is Ruto getting paid while he is a do-nothing DP?

Can’t believe anyone would call jubileee a party unless they have psychiatric illness. I am glad responsible folks like Ruto and others used the silence treatment while this fools in jubilee keep fighting each other. How can a drunk like Murathe be an advisor to anyone? Jubilee is dead

Murathe ur an old sluggy idiot.As fast as we know DP is still getting salary n still in office.Pray to yr God Ruto don’t become President in 2022 coz utakipata na akina tuju/Kamurder.

Ruto is a Kalejin, and Murathe is a kikuyu! You touch Murathe and we mungiki will come back live to castrate Ruto! Murathe is not scared of your nonsense! 6,000,000 kikuyu over a miniature Kalejin tribe of million!

There is no match there! And by the way, there will not be a Ruto presidency - win or not win! Bank that with your local bank! A thief can’t lead a country you stupid dummy @halisi.

Nyamboke is not the Gikuyu spokesperson.She should clarify who are “WE”.Does the Gusii lady know MUNGIKI means a congregation or gathering?She should also know Murathe is not another name of AGikuyu.Speak for yourself.Why do count other AGikuyus in your mission to castrate Ruto?

The freedom of speech is equally shared by every Kenyan including @nyaboke! What she said about Kikuyus custrating Ruto in case he tried to kill more Kikuyus at 2022 is very correct! Kikuyus will not sit idol and wait for William Ruto to kill more of our people like he did at Kiambaa in 2007. OleSe give Nyaboke credit for speaking the truth and warning Ruto.

Who gave you this assignment? How much were you paid for accomplishing the task? Was it real salary, or corrupt deals?

Truth hurts @gogoorochu! Murathe had kicked out all those who thought campaigning for Ruto should start the day Uhuru was sworn in for the second time!

No wonder development here been retarded because Ruto stole everything that was allocated for good projects. Give Murathe credit for cleaning the house of Ruto.

High chances Ruto will b the president 2022.He stands more chances more than anybody else.8.9 million kikuyu votes will go to Ruto.We cannot vote for mchawi wa L.Side who keep crying like a baby his votes r stollen then cause mayhem/deaths/displacement n economy sabotage

Very few Kikuyus will vote for Ruto! Kikuyus know the man of mongotio is a devil! He has already killed many Kikuyus before. We can’t chance on Ruto unless we want to put a knife in our own necks! He is not a worthy presidential material!

@halisi, speak for your bleakness self and not for the larger kikuyu community! Kikuyus are not as foolish as you to vote for Ruto in 2022! Ruto still need to finish with his case at The Hague! Ruto burned women and children inside Kiambaa church in 2007! He is bound to do it again!

It is Ruto who cause all those things you are accusing Raila of doing! Ruto’s agenda for Kenya is very grim, dark, and doomed! I would rather have Raila that a munderous Ruto who have stolen everything Kenya owns!

Seriously WAKENYA, UJINGA tutawacha lini?
We so obsessed with the likes of RUTO, murathe and likes.
It is time we took matters into our hands.
It is time to RECLAIM what is rightfully ours.

I get pissed of by these blind Kenyans who keep talking how Ruto is the man to beat 2022! This is a man who is engulfed in all kinds of evils - corruption, murders, thief theft, etc!

How do Kenya get caught up in this kind of deer in the headlights trap!? Kenya will be burned down by the Kalejin tribe if ruto is elected! Let us tell the raw truth because we have seen what Moi did and Ruto is following the same script!

You ain’t done Murathe! Ruto is the biggest devil standing and only you Murathe an get him out! Ruto has already told us he is a hyena just like Raila and kalonzo called him the other day!

Get this corrupt fool out @murathe and then you can retire! You can’t run away like Akombe did in the hour if need!

The mission is not complete with Ruto still standing! Finish up the job Murathe!