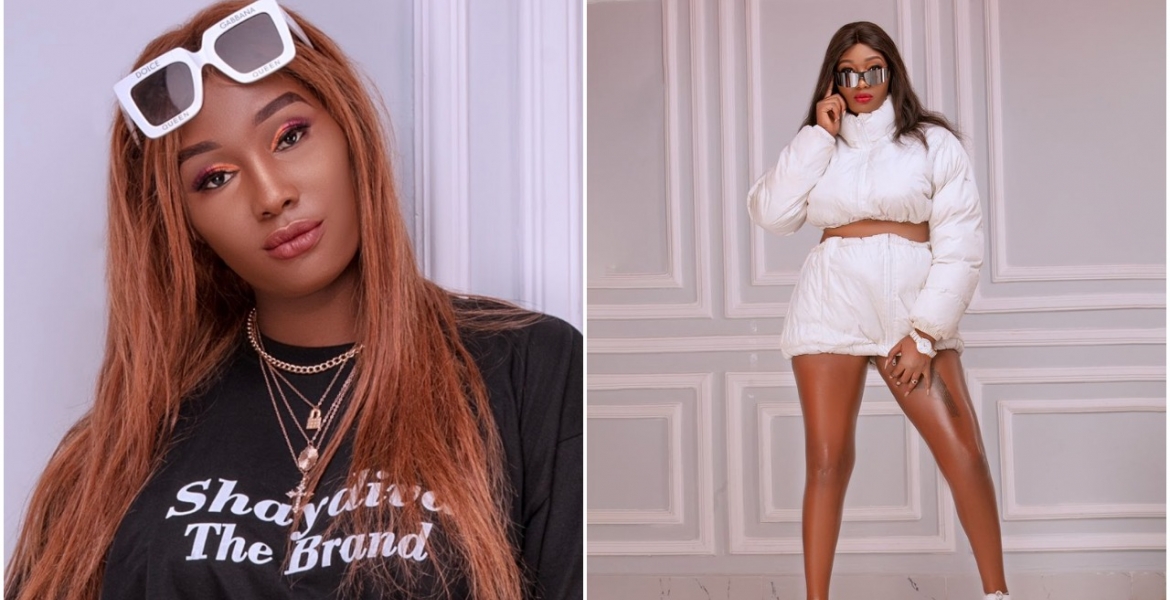 Police in Trans Nzoia County are detaining socialite Shay Diva Africa over allegations of stealing a vehicle belonging to a deceased Asian tycoon.

Shay whose real name is Sheila Wairimu was arrested in Kitale on Friday evening and was placed in custody pending further investigations and arraignment on Monday.

The 30-year-old socialite and musician is accused of accessing tycoon PJ Dodhia Kumar’s TIMs/NTSA account and transferring ownership of a Toyota Prado V8 to herself without following due processes of succession. Kumar, who is said to have been Wairimu’s lover, passed away on April 22nd at the age of 61.

Wairimu’s arrest came after the family of the deceased filed a complaint with the police, saying that Kumar only gave the car to her on a “use and return basis” since they were in a relationship.

“After the owner of the vehicle died, she changed ownership within four days. The deceased’s wife authorized one of the relatives to make a report of any property owned by the deceased,” Trans Nzoia DCI officer Francis Kihara said.

Records from the National Transport and Safety Authority (NTSA) show a transfer of the car’s logbook was done by a person who logged into Kumar’s TIMs account at 11.45 pm on April 26th, four days after his death. The authorization of transfer was granted at 2:00 pm the following day but there were no supporting documents from the owner.

Detectives tracked Wairimu to Kitengela where she lives and towed the vehicle to Buruburu police station and later to Kitale where she was arrested while trying to reclaim it.

“She initially made attempts through lawyers to block us from pursuing the matter but failed. She came on Friday in an attempt to recover the vehicle but we arrested her instead,” Kihara added.

On her part, Wairimu claims the luxury car was transferred to her without her knowledge and that she learned about it when she logged into her NTSA account.

She will be charged with stealing, obtaining property by false pretenses, and interfering with a deceased person’s property.

Dear Slay queen surely you need to be schooled.You put it down with a 61 year old and all you got was a used V8 which you attempted to steal .Your inexperience is showing “ongea”na dame makuku she will show you how to milk a man for money and property not depreciating assets

You seem to like her Micheal Jackson posture dude! She will have you squawking like a fool!

Prophecy has come true.Again. Every month there will be at least awoman involved in some ascam...This one is for this month.

Yeap, prophet Maxiley said it. Read Max chapter 1 verse 6." And the god of social stability was not pleased when he saw what was happening in Kenya.It saddened him to see women absconding their social responsibilities,and embracing those he assigned to men.And he warned them that this disobedience would cause social upheaval to the extend that women shall start doing all the evils and sinful things disobedient men have been doing.As a result,child shall not listen to father,and mother,but to social media. Both men and women shall leave their rightful spouses,and form various combinations of mipango ya kando.Crime shall get out of control for both father,and mother shall be criminals,giving birth to future criminals.It will be total chaos that will only abate when their leaders come to their senses.But before that,woman shall match man crime for crime,steal for steal, cheat for cheat,punch for punch,greed for greed.There shall no longer be crimes,or sins for men,and sins for women as was in the past.Both shall commit evils to society in equal measure.It shall be a terrible time to live in." But status shall correct itself,after both sexes have seen and suffered from derailment from the order that was assigned each sex.And things shall go back to 'normal',where only bad men did terrible things,and bad women lived off men."

@maxiley - just wait to see what she is gonna take from you once you dip in there; you know! You are just talking but wishing she was in your arms bro.

Ya! Stop salivating from a distance because she is watching you from a good distance very near you in Florida!! Just like a good narrative movie.

What month is it? I can’t wait for December to come……

Hahahaha @ Thendi, I dont think I have as much money as the Muindi.But to tell you the truth, here in Florida she would be very average.May be a 6 on a ten point scale.No bragging,but I have been known to attract above 7.5. Especially when I played in a band.But also being in the accounting field does not hurt.

Y’all don’t mess with @mixiley! The guy is 6’4” and now got a mehixo chic he has been hitting for a while now!

I used to have a crash on him but he kept turning his face the other way every time we meet at the liquor store! He is so damn fit with nicely coiled and curved muscles but he does not have time for me😂🙏! I rate about 8.78 and 5’ 11”. Dude, I’m still available and gorgeously made!

She was just inheriting what she thought was her share! Just ask her how the tycoon died in the first place!

If this is not evidence that gold digging is a career then I don't know what is.

Won’t you want to get a free gas guzzler yourself after the dude died of whatever causes! The whore is a typical gold digging fool!

Are you not a gold digger fool your own self as you talk whoring stuff here? Take the log book my freaking butt! You are nothing but a conman @guestc! Maybe the chic sat on your damn chapati, pussy down first!

Shosholite paid in terms of v8. She realised petty cash don't last. The 61 yr had a ball at minimal cost.

Don’t mess with Shay or rather wairimu, a kikuyu girl when it comes to things material! As you can see the cat’s sleek tongue has only licked her kikuyu eyes to se far! Ni mbeca tu nyumba!

Kikuyu women and money! Wow, she threw the corps out of the v8 to own it before the dead man got cold! I tell you man, I have seen everything in this world!

Shay was just doing some due diligence work to make sure she keeps the dead man close to her heart as she had previously shared some romantic pieces of his his life!

Kumar was over 60 years and he could hook up with a 30 year old woman over a v8 car!? This is quite unfair!

Damn I’m buying me a v8 something (even a tukutuku) to attract some young chics if that is all it takes! At 25 would you image how many cute girls I can with a v8 suv? And more importantly I can even perform better than Kumar without dying of heart attack on top of a woman. What kind of a world is this planet?

We have to understand that WOMEN HAVE A FULL BLOWN CORPORATION BETWEEN THEIR LEGS.

@ Comrade Kora Kanini, what you said reminds me of a SURVIVAL episode I watch awhile ago. Basically women were pitted against men in aremote jungle area on some island.Team work was essential and crucial. The men improvised and made fire. Women could not make one.So they decided to go and beg men for fire.But before going,they pick the most voluptuous,bubbly,and young beauties, to go do the borrowing.Yeap,using the CORPORATION is a familiar script in the over used playbook,but we men still fall for it.Time to rewrite another playbook to our advantage...any suggestions?

@maxiley, I’m re-writing the play book for you guys who think with the penis head.

It is called gotcha!! I write it in a 5th grader language so you greedy dudes can easily understand the message - gotcha, gotcha, gotcha!!!

You will make a killing if have your publisher translate GOCHA into several languages. How about acut for that suggestion?

Mr Speaker Sir! Wear a damn balloon ( condom Sir) next time you go digging a low class gold digger! It will save you some public embarrassment and you can keep your 😜 freaking 25 million in you ass pocket. You hear me?

Wow, Men and pussy!!! They will deep in there no matter how smelly it is….

Put your brains back on Lusaka!