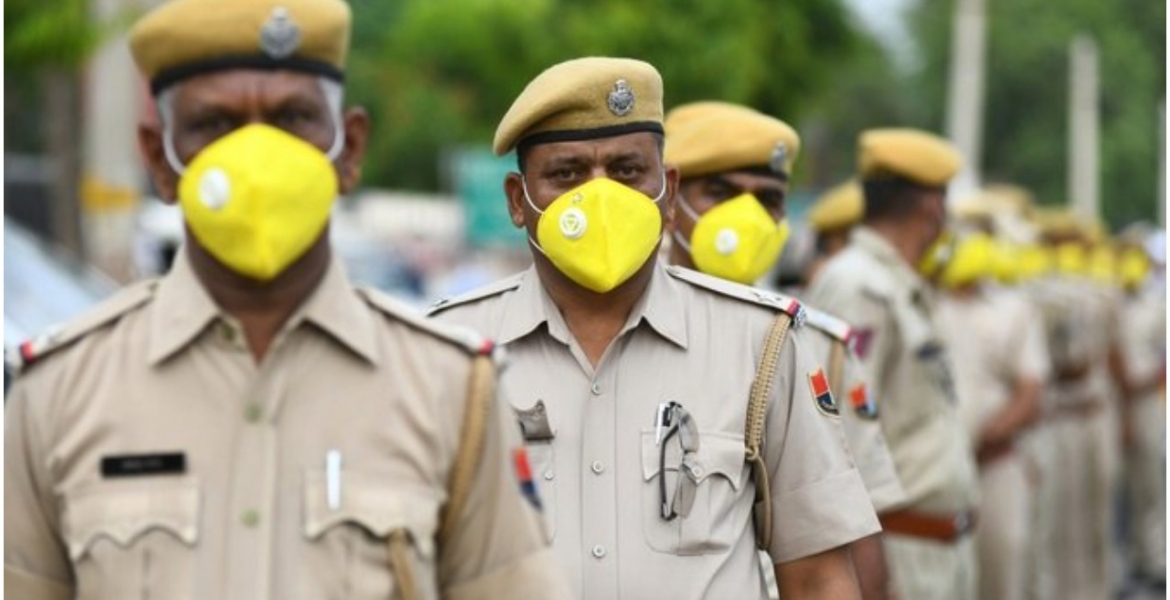 About 500 Kenyan girls trafficked to India are facing arrest in the latest crackdown targeting illegal immigrants.

India’s Union Ministry of Home Affairs (MHA) directed all the 29 states and seven union territories to track down foreigners who have been in the country illegally since January 1st, 2011.

One of the Kenyan women who was trafficked to India told Nation that she fears she could be arrested and detained.

"It is easy for them to hunt us down. They don't know our story, and I come from Kakamega to be exact. I met a woman on social media who brought me here and we call her 'mother' as a sign of respect, but the truth is it's because she owns us. She is the one who organized for me to come to India for a hotel job. All I ever wanted was a better life and to provide for my family,” she said.

"When I arrived in Delhi, she took me to this apartment and I thought it was to rest up before I report for duty. Little did I know that she had brought me over so that I could sell my body to make her rich.”

The girl says she was unhappy with her new life in the Indian capital and had to flee and settle somewhere else.

"I'm afraid of going to our embassy because the people behind this trafficking racket are very powerful and they have a lot of money. They pay the police to punish us and lock us in deportation camps until we 'toe the line'. It's not like the embassy staffers do not know them, some are very good friends with those who abuse us," she added.

Kenya's High Commissioner to India Willy Bett urged Kenyans trafficked or illegally living in the populous Asian nation to get in touch with the mission for assistance.

"We know there are between 300 and 500 girls who were illegally brought to this country. It is usually very difficult to track them down as we do not know where they are but we are here to serve them," Bett told Nation.

"We have helped quite a number out of our own pockets as there is no budget for such situations apart from talking to Indian authorities to waive penalties and getting in touch with their families for air tickets. This week I am still going to put up another notice so that they know we are here for them and if they show up, getting a plane to take them back home will not be an issu

This is sad, totally sad. What is happening in Kakamega and Luhya land in general? Lots of girls being sent to Saudi and India too.

@ Guest1 are you still religious?

This Kenyan government has failed Kenyan.

Most of these trafficked are rural unsophisticated and desperate women who are sworn not to let anyone know they are leaving the country. The sad part is that this will continue to happen as long as the Kenya economy does not produce enough jobs to absorb the able and working population.

Kenya should do the same. NUmber of Indian illegals in Kenya is astounding. These people bring their relatives and they work illegally. Do the same to them. That being said, WTH is there to do in India?!

This trafficking has to stop.
Most of these rings are organized by Nigerians. The Kenyans are in cohorts, but let's face it, if we had equal opportunities in Kenya these cases will REDUCE to an all time low.

@ G777, I have wondered same.As crowded,and populated India is, what are the chances that there would be an opportunity to land on a job that would alleviate a Kenyan from poverty,that would not be found in Kenya?
I hope these prostitution rings are not still recruiting Kenya women,because I read about this kind of thing 10 years ago,and I hope that our girls have wised up.I also wonder why India would need prostitutes from Kenya.Within their over billion people there is bound to be a lot of prostitutes,just like in Bangladesh.
Bottom line, educate yourself as much as you can about these foreign jobs.The government should open an office that should facilitate the would be victims in this process.After all when something goes wrong, eventually the government is involved in one way or another.

If you are ready to help the Kenyans in India you can also help the ones in Saudi Arabia.They need your help more .Why should one embassy be more efficient than the other yet they are supposed to help their nationals in foreign lands and in the case of the Middle East hostile nation.

Saudi Arabia Arabs, Nigerians and all ragheads is a face of evil. If you see a raghead from Saudi Arabia know you have seen a face of devil

You don't know where they are .but you know the number .BS

these are mostly naive village girls lured by nigerian pimps. kenyans dont pimp their women..ujinga reloaded and in india is a huge dumpsite