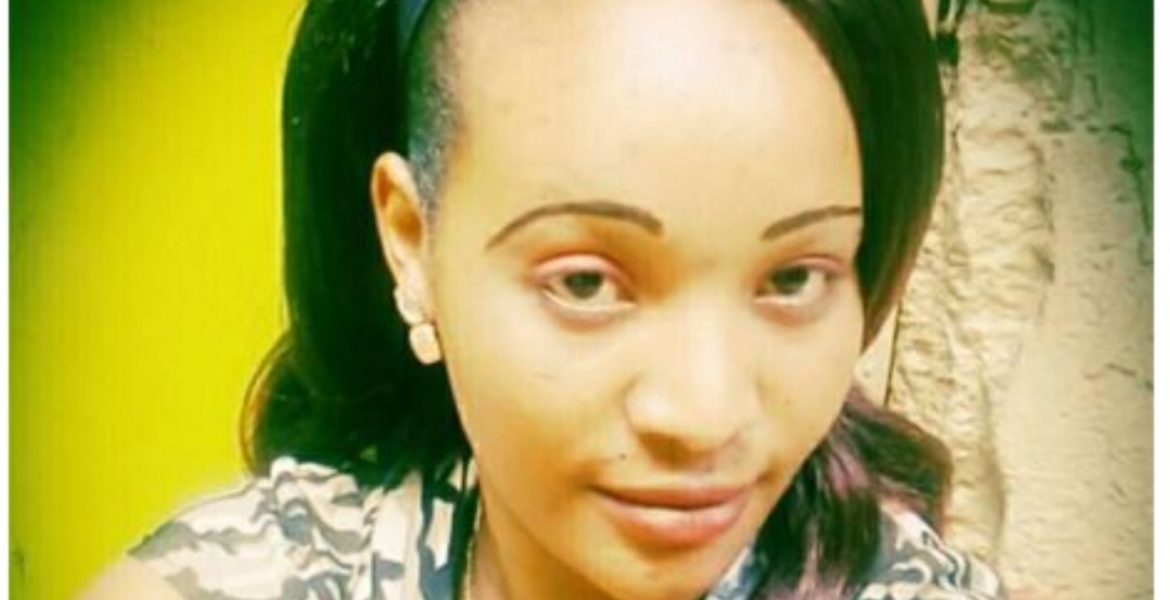 A family in Ruiru, Kiambu County is seeking justice after their daughter was murdered three days before flying to Qatar for work.

Joyce Wanjiru Nyambura was reportedly stabbed to death by her boyfriend identified as Golden Nyakundi, alias Ras, at Maziwa area within Kahawa West, Nairobi on Wednesday.

It is alleged that Nyakundi was opposed to his girlfriend leaving the country for greener pastures.

The 34-year-old mother of three was scheduled to travel to Qatar on Friday after securing a job in the middle east nation, according to her family.

“My sister had really struggled to secure a job here in Kenya in vain until she got the chance to leave for Qatar and we were all happy as a family. However, the turn of events has left the family with so much pain,” Wanjiru’s sister Cecilia Nyambura said.

Nyakundi allegedly stabbed Wanjiru in the abdomen and mouth with a sharp knife before going underground. She also had bruises on her head.

Wanjiru was found lying dead in a pool of blood at her house and her body was moved to Kenyatta University Memorial Funeral Home awaiting a postmortem examination.

“All we want is justice as a family since we know my sister was kind and loving. Why was she killed just days before she left the country?” the deceased’s brother Derrick Muchiri posed.

Police are in hot pursuit of the suspect whose whereabouts are unknown.

MuKenya say something on Wanjiru’s murder committed by “American” thug,Nyakundi.Which justice is Muchiri expecting from the useless govt?He should just revenge for Wanjiru immediately they trace murderer Nyakundi.He will be released on bond to go back and kill all possible witnesses.

Halisi say something on “American” rapists,Orwa and Mulama drugging an 18 year old lady and boyfriend before rapping the girl in turns at Kitui,Haven Kenya,125 miles from Misri,Limuru.When did they relocate from Detroit to Kitui?It seems there are many American Railas in Kenya.

Qatar is not a greener pasture! Many who went there for work have return home in coffins!

Anyway, the boyfriend had not right to kill her! It was her personal decision to go wherever she felt necessary to look for work!

Success stories have come from the Middle East, actually more success than coffins. That said, Kenyans should not be dying in the Middle East and something has to be done including educating our women and girls the culture and customs of the Arabs & Understanding their Rights based on laws in these countries. Kenyan Embassies in Qatar and others in that region are failures. Kila mtu ajipange.

Granted that the population of Kenya has greatly increased in the last 25 years,and therefore we have increased criminals,and evil doers.There are some crimes that cut to the core of humanity.And that is the reckless killing of a human being.This week alone two girls have died at the hands of their boyfriends.Even if you are angry,killing someone does not fit the anger.May be these people have mental issues.It certainly does not make any sense to aclear thinking person for someone to destroy his life because of a woman.
Yes it may be painful,but if you love yourself,dont do anything that would ruin you for the rest of your life.My two cents.

@Maxilely! Don't make an educated FOOL of yourself here. Population growth has nothing to do with this murder case. Shallow and Corrupt minded Kenyans like you are to blame.

You cannot be that stupid!If you have a population of people,and the thief ration to the population is 1:1000 ,the more the people the more you will have thieves. Very simple maths. That's statistics work.

@maxiley, you are reiterating the obvious. Anyone who kills or does anything contrary to societal set rules laws or norm technically has a ‘mental’ case. I am sick and tired of this excuse while the reality is someone made a conscious ‘rational’ decision to commit the act! In this case for instance, he knew what to do. He picked the knife, waylaid her, stabbed the mouth and stomach, then ran away. If he was ‘crazy’ he wouldn’t have known what actions he needed to do to take her out, and what do after the fact. Its time folks need to change the thinking on what constitutes a mental case!!

I said may be he has mental issues(read again).If he does then, it separates him from the "normal" who do it intentionally,and yes that's obvious.When someone does something so outrageous that an average person would consider it very unacceptable and strange according to social norms,that persons mental state can be brought in to question.I am sure you will agree with that.Unless you just want to argue for the sake of arguing.

@ James Salamba,you are making avery big leap here and that is the assumption that he made a conscious"rational decision. I guess you are an expert in that field Iam not.I have learned that in some cases what seems obvious may not be so in retrospect.

But again when you consider Nairobi women love being take 'care' of more financially and then the emotions come after. If you consider the above these cold cases make more sense.

I know of a Nairobi women living beyond her means off her mans money and she thinks she can outwit him. Ngoja tu. Utapata cha mtema Kunis.