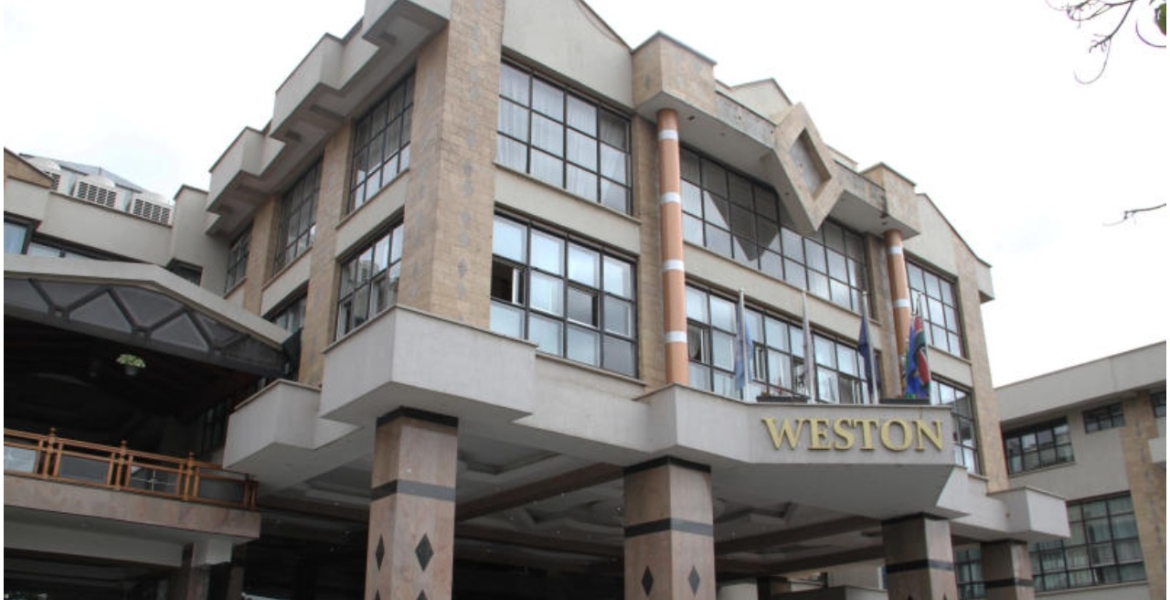 Lawyer Ahmednasir Abdullahi has claimed that the government had issued an order to demolish Weston Hotel, which is owned by Deputy President William Ruto.

Ahmednasir, who represents the five-star hotel in court, alleged that tractors had already been dispatched to bring down the facility located along Lang’ata Road in Nairobi.

He says the demolition order was withdrawn at the last minute, in what appears to be a change of mind by the people behind the directive.

“As counsel on record for Weston Hotel I can officially confirm that the government of the Republic of Kenya 48 hours ago sent tractors and goons to demolish the hotel,” the senior counsel wrote tweeted on Friday.

He added: “The operation was called off after the tractors reached the hotel and the powers that be changed its mind.”

Ahmednasir’s post comes a day after the hotel management refuted reports that the facility was set to be demolished.

“Following numerous comments and enquiries from concerned stakeholders, friends, and customers, we would like to clarify and assure our esteemed guests and the general public that the hotel operations are running smoothly without any interruption. Any contrary information should be disregarded,” they said in a statement.

Rumors about the alleged planned demolition of the hotel spread on social media on Wednesday following a tweet by Kapseret MP Oscar Sudi, who posted photos of bulldozers ostensibly parked close to the hotel.

“The Deep State are indeed cornered. They have today decided to express their fury by demolishing Weston Hotel,” Sudi, a close ally of Ruto, wrote.

The hotel has been at the center of dispute for years, with the National Lands Commission (NLC) finding that the 0.77 hectares of land it sits on was illegally acquired from the Kenya Civil Aviation Authority (KCAA).

The law of the jungle prevails for the moment. Special land theft is acceptable. Special merit. The age of the upturned idle wheelbarrows is nigh soon. In a fools world it is Folly to be wise. The fools will vote in thieves regardless.

And surely there are many fools around the corner in your hood! They will vote in thieves to continue the cycle of theft from the same fools!

Flatten this ugly thing. Corruption has to stop.

They came up with fake properties the DP owns but heavens answered thru Pandora box to shame thieving family that started in 1963 and recently ate SGR.

The bunk looking shell of a building should have been brought down long time ago! It is about time! Have Ruto carry it on his back to Mogotio!

Who issued orders to stop the demolition? I’m sure those were hustlers with several wheelbarrows looking for work! There is still another day to get this illegal ship demolished!

Now you have the initial operation orders to demolish the illegal building, simply evacuate personnel and any deemed valuables because the second operation orders will involve heavy machinery to flatten the building!

And the goons will be sifting at ahmednasir’s house At that moment when the building will be demolished! Kazi iendeleee!!

@ Ahmednasir - those you are calling goons are Kenyans looking for work to earn a living! Perhaps looking to earn money for a meal! What’s wrong with that??

It is the bottom-up economy at work! Why are you getting so upset when the hustler nation is getting employed? I thought Ruto was the master hustler? We just need to employ the hustler economic theories now to see if it will work after 2022!

I’m sure you text drove your wife before you married her to make sure she was fertile enough to bear children fir you @Ahmednasir!

Why did the government change its mind at the last minute? Could it be they feared that demolitions would open the pandora's box?

Comrade Maxiley,
GREAT POINT.
We did comment on this already.
HYENAS WILL ALWAYS PROTECT EACH OTHER.
THEY HAVE ENOUGH DIRT ON EACH OTHER TO FILL LAKE VICTORIA.
SO WESTON STAYS STANDING AND BUSINESS AS USUAL.

There is nothing in the Pandora’s box! Weston is build on stolen land by DP Ruto! Does it men now we gonna look the other way simply because Ruto is a thief and so Kenyans have to suffer? Let the damn thing be demolished to teach Kenyans that you steal land we will come after you! Hope you are not saying that the building should continue to stand because it is owned by a DP Ruto!

@ Mueni, why did the gov. change its mind at the last minute?

If they r men with them let them demolish it?The more this raila Uhuru gavament pushes Ruto the more citizens r loving the guy n within 8 months the guys from the Rift Valley will b in that house in the hill while the omena grandfather will b somewhere near the shores of L victoria removing scales from the fish