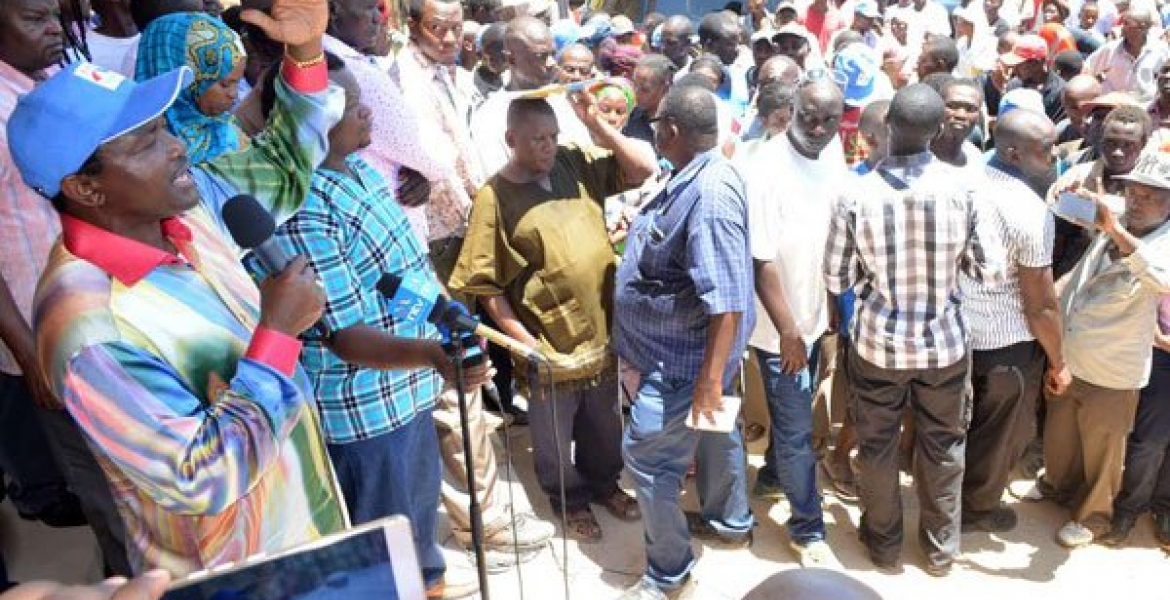 Wiper leader Kalonzo Musyoka has announced that the NASA coalition did not agree on a preferred flag bearer following Sunday night talks at Vipingo Ridge at the Coast.

Addressing a rally in Kilifi on Monday, the former Vice President urged Kenyans to be a little more patient as the coalition discusses on whom among the NASA principals will face President Uhuru Kenyatta and Deputy President William Ruto in the August 8th general election.

"We had a meeting with my colleagues at Vipingo but it was to look at the problems in Nasa and how to tackle them and how to send Jubilee home on August 8," Mr Musyoka said…Please be patient. These things need keen and sober consideration," Kalonzo told the crowd.

Kalonzo positioned himself as the best challenger to Jubilee, saying “If it is Kalonzo, even Uhuru and Ruto (Deputy President William Ruto) know that they will be at home by noon on August 8.”

Kalonzo’s allies in Wiper have in recent weeks threatened to pull out of the coalition if Kalonzo is not picked as the flag bearer, saying the MoU signed in 2013 between Raila and Kalonzo called for Raila to be the flag bearer in 2013 while Kalonzo would take the helm in 2017.

The Wiper leader also said the issue of preventing vote rigging was discussed at the Vipingo Ridge meeting. To ensure no rigging takes place, Kalonzo said the principals decided NASA will elect a chairman assisted by four executives at each of the 45,000 polling stations in the country. The chairman and his team will have a direct communication line to the coalition principals and report on any irregularities, said Kalonzo. He also said the coalition will move ahead with its plan of implementing its own vote tally, while admitting only the IEBC chairman Wafula Chebukati is mandated by law to announce official results.