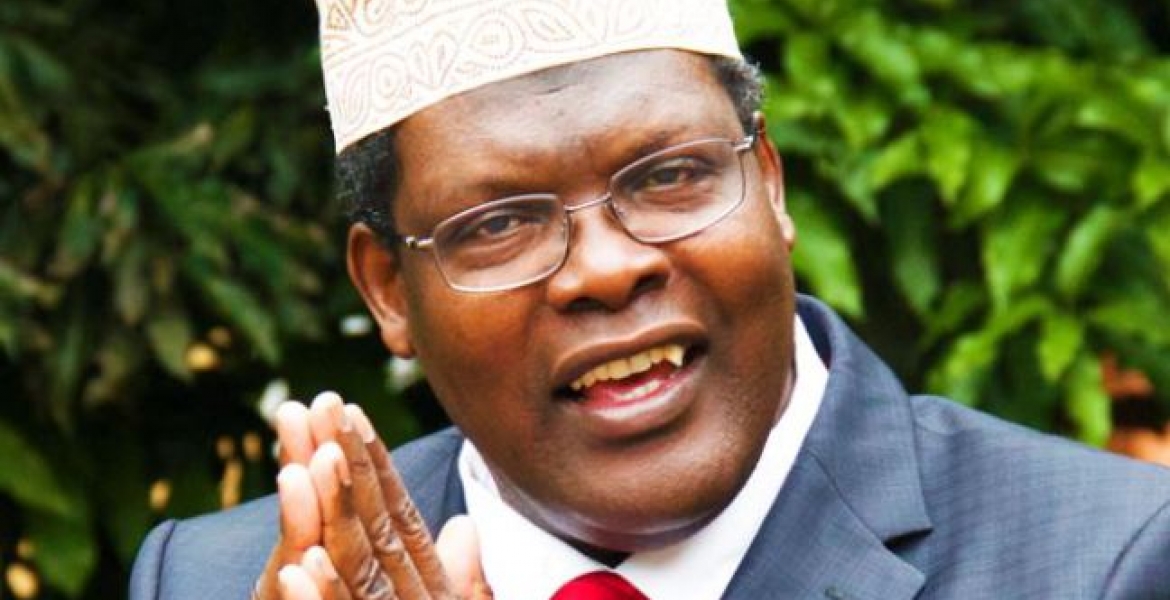 National Resistance Movement (NRM) self-declared general Miguna Miguna has opened a Paypal account where well-wishers can contribute funds to enable him buy an air ticket for his return to Kenya.

In a tweet, the former Nairobi gubernatorial aspirant said he needs cash for the ticket and to repair his house, which was damaged during his dramatic arrest last month.

The firebrand politician further said he needs to pay a team of lawyers, who have been fighting his deportation in court.

“I need an air ticket to return home. I also need funds to repair my destroyed house and to pay my advocates who have been working tirelessly without pay from February 2nd up to now in order to protect my rights,” said Miguna.

Miguna, who is currently on a one-week tour to the United States to popularize NRM, is set to return to the country on March 26th for what he described as mother of all liberation struggles. He will also tour United Kingdom and Germany before his return.

Miguna was dramatically banished to Canada by Immigration authorities on February 6th after spending five days in police custody over his role in the mock swearing in of opposition leader Raila Odinga.

Last month, high court suspended an order that saw Miguna deported and ruled that the lawyer is free to return to the country.

come baby come, if you are soliciting for money to buy a return ticket to Kenya,pay your lawyers and repair your house then who is paying for your tour in the US, UK,GERMANY,accommodation and food? if it wasn't for your kiherehere you would still be in Kenya now you gotta sort yourself out or call your bff (Raila) the people's president to bail you out, you had his back during the swearing in, now he gotta be there for you.

Miniguna
Maranga and his deputy are not broke like you.
Your president Raila will form a Government with ministers deputy president & many more job's take one & ask your boss to pay your ticket the same can repair your house
Your fellow Kenyans struggle in s life outside home not essay Minguna do not ask us money ask as for prayers cost nothing nut pastor needs to pay rent for church

A bit of proofreading before hitting the send button? No offense intended.

He needs more than proofreading. A 2 year old would write better lol

Whatever this means 🤷‍♂️. TOEFEL would help.

There will not be a MOTHER of ALL REBERATIONS unless you have money; but you are broke. Raila, Orengo, Mbandi, Junet, and Gladys Wanga should pay your ticket. But how do you know Serikali will let you back in? Just curious, were you living pay check to pay check (no savings) while in Kenya? If not, why can’t you access your savings online?

If you are truly serious bwana miguna auction your house. That will fund your objectives anything else please spare us your foolishness ngamira we’ve.. stop your vuvuzela

Ndii converted to Luo sell that thing you still have to him so that he can become a full Luo with nothing missing. Kenyatta hospital can do that procedure

If a man cannot manage his basic affairs how can he take care of a movement?leave alone a resistance? with a needy pocket how can one lead others to Canaan? basic needs are basics and one cannot pretend to be actualized when basic needs are in limbo.

He needs to do ma-triple. He is a healthy strong man you can work for 18 hrs per day to get money to repair his house and do all the other stuff he has listed. One week is enough. Shame on him anataka cha bure. No sweat

If only Canaan was definitively defined. As of now it remains as an amorphous futile goal. That said, let Mi-Njuguna Miguna first eat and secure shelter before trying to lead anyone anywhere.

I thought "generals" are on payrolls.