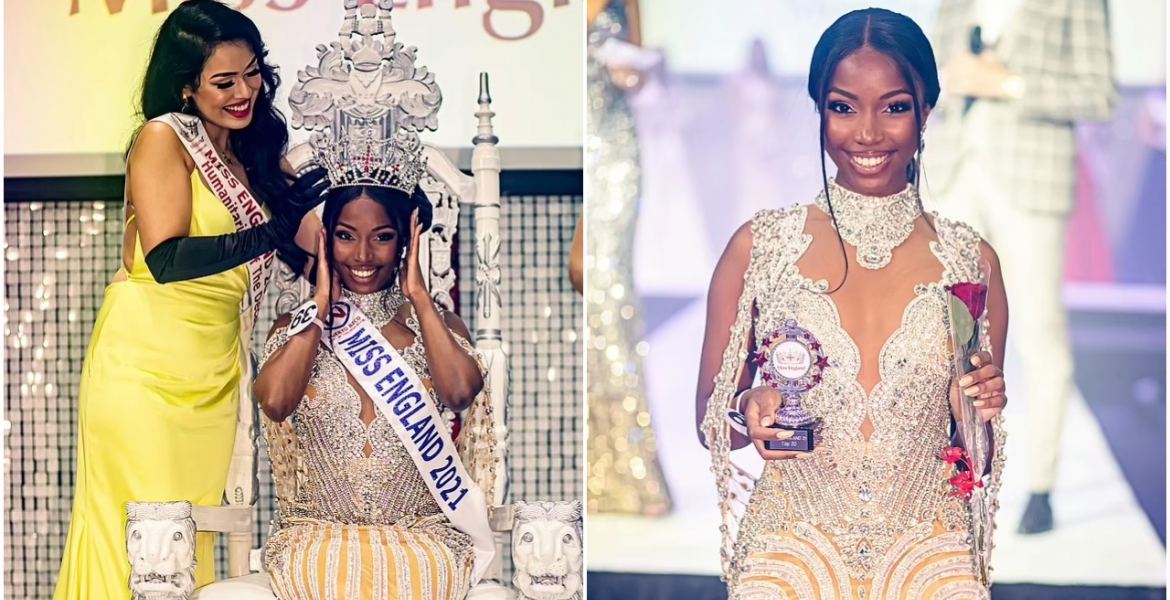 The 25-year-old was crowned Miss England in a ceremony held in Coventry on Friday and will now represent England at the 70th Miss World competition in Puerto Rico later this year.

She received the crown together with £2,000 (Sh300,000) from previous winner Bhasha Mukherjee, an NHS doctor who held the title for two years after last year’s ceremony was canceled due to the COVID-19 pandemic.

Rehema also received a host of other goodies including a photoshoot, a personalized website, a wardrobe of evening and occasion wear, luggage, and a glamour mirror.

“The best moment of my life so far ✨ It’s all been so surreal, from the moment my name was called Miss England 2021, till now.

Knowing that for the first time in Miss England history, the judges' decision on the winner was unanimous, is just the icing on the cake! It was such a privilege to be crowned by @bhashamukherjee, Miss England’s longest-reigning queen!” Rehema wrote on social media.

The University of Sussex alumnus said enduring an abusive relationship helped her to be stronger as a woman.

“Knowing that I was able to come through that experience, learn more about myself and my worth, who I am as a woman and be able to now use this platform in Miss England to help other women is amazing,” she said.

“My family is so supportive they can't stop talking about it, and the Kenyan community has really got behind me and wanted to support me and loved seeing someone from my heritage being represented,” she said.

Rehema was born in England to Kenyan parents and spent part of her childhood in Kenya before moving to England.

I cant wait to see how @ceneca will comment about this gorgeous kikuyu lady! I’m sure at ceneca is simply giving birth to a huge baby cow!

BS they must not beautiful women .Ati Miss Britain are you serious that is the best they can get waooo.

Bribery at its highest level

Viewed from the eyes of a Mzungu! Hawajui beauty!