Meet Anthony Ng'ang'a, a Kenyan-Born Man Who Works as a Pastor and US Soldier 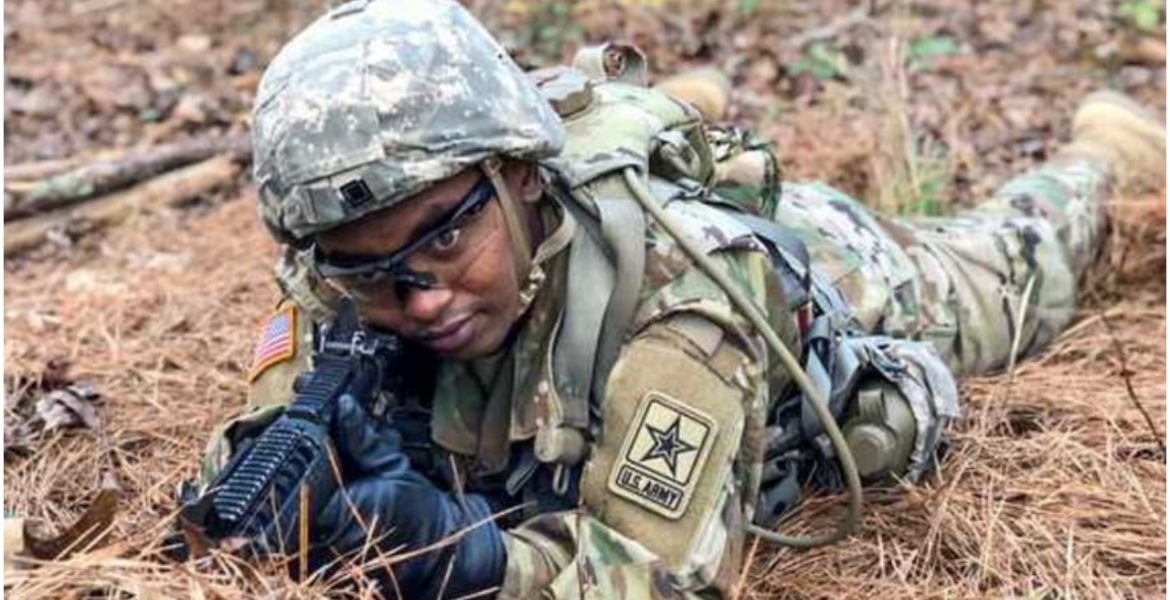 A Kenyan-born man working as a pastor and a US soldier has shared his story of hope and resilience.

Anthony Ng'ang'a, who was born and raised in Komothai, Kiambu County, spoke during a recent interview with Nation.

Anthony said he first went to the US to further his studies after his family sold some properties to fund his education at Beulah Heights University.

While at the university, life became unbearable as he did not have a scholarship or anyone to host him and was forced to move into a shelter for the homeless.

He had to ride a bicycle to and from school before landing a job at a gas station, which enabled him to foot his bills and pay tuition, juggling between work and school.

In 2018, he returned home and settled in Nairobi’s Ruai estate where he started a cyber café and bought a motorcycle.

“I’d operate as a boda boda rider from 4 am to 7 am. I would then open the cyber café for the rest of the day. This went on for two years until I landed a Green Card in December 2018 and my American dream was revived,” said Anthony.

His passion for the pulpit became a reality after he was ordained at PCEA Baraka in 2019. Later, he and other like-minded church members split to set up Uwezo Gospel Church where he became the pastor before returning to the US a few months later and began his ministry.

Anthony was the presiding pastor of a thriving congregation at Uwezo Gospel Church in Plano, Texas until March 2020 when the COVID-19 pandemic hit most parts of the US. He decided to enroll in the US Army and got a pastor to cover for him during his military training.

“I knew that there was no looking back once the training began because in case you back down, you could face a jail term. I knew it was a risk I was taking, but I braved it all. I was passionate and focused and I wasn’t ready to drop my pastoral tag. I almost gave up at some point, but a jail term was the last thing I’d want. The training is so tough, it breaks you to make you. I managed to run two miles in 12 minutes against the expected 21 minutes. I was also very good with the M16 rifle as well as being able to throw two live grenades, among many other tasks. I passed them all and here I am,” Anthony said.

Anthony is currently assigned to the Equipment Record Parts Specialist (ERPS) segment but the Army Reserves has the right to send him into the battlefield.

“I still preach every weekend in different states, and have now visited over 16 states…My dream is to be an army chaplain. I’m currently enrolled for a master’s in divinity at Southwestern Baptist Theological Seminary to make this dream a reality,” he added.

Got for it young man. Make your mama proud.

Does this remind you of something?
When we were colonized, there was no difference between the colonizer and the missionary.
They both carried a Bible and a gun.
Very interesting!!
Who is he?
He cannot be both a destroyer of life ( a soldier) and a "savior" of life.

I think they idea is to save them first then send them to the hereafter shortly thereafter.

The first priority of a soldier is to save life! Every man and woman is entitled to do what is necessary to advance themselves and their careers!

You are @anonimous is stuck in the past based on your method of reasoning! Perhaps you are just too old to understand 2021 is a totally different era from the colonial times. And perhaps you are jealous this young man took the challenge of serving with the best military in the world - the US Army! Those who have served before him would totally disagree with you myopic vision!

Let the young pastor do what he deems necessary for his future! I can assure you that he has properly positioning himself for success in the distant future!

Don’t discourage a young man from venturing out of his comfort zone to try something new! Perhaps you personally is beyond the age limited to enlist in any US military branch, hence all the negative verbosity you are diarrhea-ring toward the young soldier!

I can tell that your life experiences are pretty shallow and limited at best! You surely are talking from a position of heavily blurred vision of your mind! I stand to differ with your negative advise to this young fella!

Go for it young solder! Travel the world and see different places and interact with the world community! You will be so glad you did it in the end!!!

Nganga is doing the right thing to serve in the US military!

The problem with folks like @anonymous-ui is the failure to support those Kenyans who are trying to do something to better their livelihood! How old is @anonymous!?? You know better dude!!

What benefits this @anonymous when he says negative things to put a young kid down!?

Unfortunately people like him are all over the map but they won’t put their real names here to be identified with the best!

Quite pathetic indeed! But life goes for Nganga and he should pursue his dreams regardless of what @anonymous says! It is your life @nganga and I am very proud of you!

Nice story and very inspiring. The author needs to proof read before publishing. Dates/years on the makes don’t add up.

Majority of pastors these days are HYPOCRITES ALWAYS about money.

NON CARE IS A PASTOR.

Deal with so called pastors and their acquaintances you will regret attacks on your personal life.

Some are DEVILS PRETENDING to be Angel's of light.

You sound like you are talking from a personal experience @rotten! Are you a pastor??

There is a missing link. The greencard was through marriage to a us citizen. He was a no show on his wedding day!

Didn’t nganga say he won the green card in 2018 while he was operating a Cafe in ngithurai? Where did you get that he did not show up for a wedding @vanessa? Do you need to hold a wedding to marry the green card once you win it? Are you sure that you are not trying to bad mouth this guy?

@Suzy,bad mouth him for what? Those who know him know the true story. After joining the spouse as a fiance,he didn't show up for their planned church wedding.

@vanessa! You are talking about some gossip from third parties! “Those who know him” as you have said, possibly did not know him well enough! Or at all!

A green card is only provided when stringent conditions are met, let alone a real wedding taking place! A lot goes into this beyond a word of mouth, or some village gossip!

Next time someone will say you are a lesbian because they don’t know your sexual orientation, and/or they happen to see you hanging out with Tina! Maybe holding 🙌 hands!!

Do you want the whole world to believe that you are a gay out of gossip? Rumors normally spread very quickly like a bushfire in the Hammatan! And surely folks loves to share fake rumors! Something is amiss in your gossip!!

You seem to be very busy spreading information you don’t need to even know or have a clue from where it came @venessa! We normally call that women gossip! You know that “I heard stuff which has no legs to stand on”!!

Why dont you take the time to talk to nganga to get first hand information before running out here to say baseless things you have ‘heard’ from your Neely neighbors!?

You can report the right information once Nganga gives you the privileged information about his damn business! And by the way, relationships fail all the time; if you did not know! Now you do know!!

You seem to be very busy spreading information you don’t need to even know or have a clue from where it came @venessa! We normally call that women gossip! You know that “I heard stuff which has no legs to stand on”!!

Why dont you take the time to talk to nganga to get first hand information before running out here to say baseless things you have ‘heard’ from your Neely neighbors!?

You can report the right information once Nganga gives you the privileged information about his damn business! And by the way, relationships fail all the time; if you did not know! Now you do know!!!! Gheeziiuueee

I agree @Gatheca
@Vanessa "those who knows him" are probably frenemies he left back here in the USA doing manoki and he found them doing the same when he came back - I agree there are some kenyans that like that manoki job because its a comfort zone to study, do homework while going to school but some are just stuck there because they fear change - don't listen to them and repeat to others what they say..mind your business, congratulate others on their hardwork and work on your own dreams...the harder you work the luckier you get