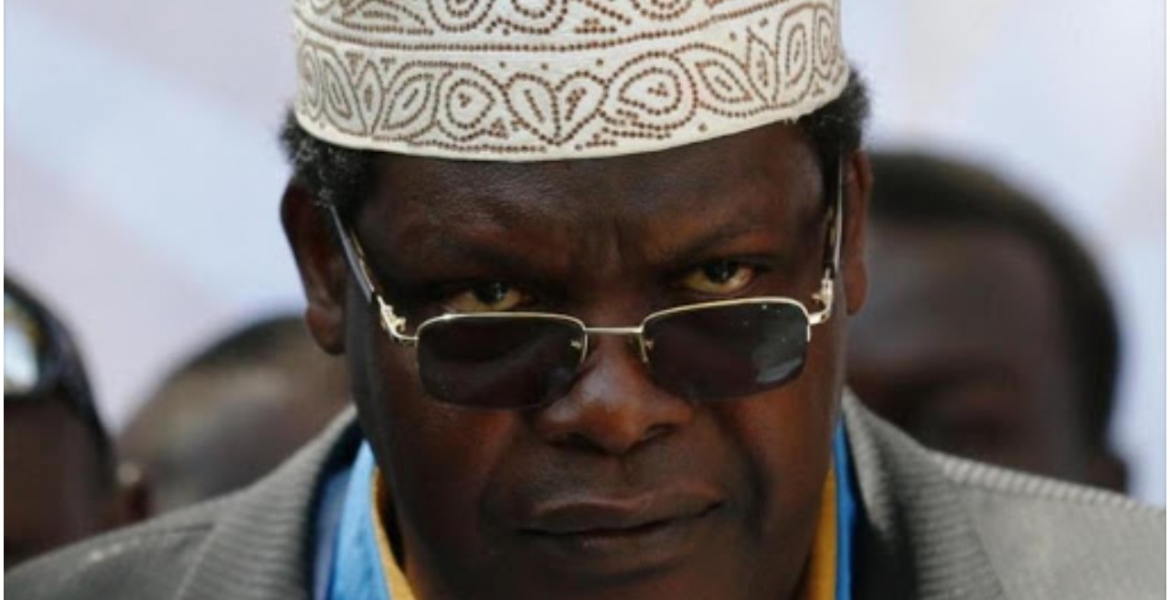 A diaspora lobby has vowed to sue the Kenyan government and Air France for violating lawyer Miguna Miguna’s rights.

The Diaspora for Change and Justice of Kenya Initiative says it will seek court orders compelling Air France to disclose legal reasons why it declined to fly Miguna to Nairobi.

The group will also petition the court to bar the French flag carrier and its associates from landing anywhere in Kenya until it complies with orders to carry Miguna home.

Sebastian Onyango, the Chairman of the lobby, demanded that the government complies with court orders requiring it to allow Miguna back into the country.

“Despite several court orders requiring the government to allow, facilitate and not to interfere with the return of Miguna to the country, the leadership continues to refuse to comply and continue to disobey these court orders by issuing illegal red alerts to airlines scheduled to fly Miguna back home to Kenya,” the group said in a statement on Wednesday.

“President Uhuru Kenyatta must allow Miguna Miguna back home and shall be held personally responsible if anything were to happen to him. When you target one Kenyan you target all of us. Kenyans must stop the hypocrisy of thinking it’s someone else. The lion will soon swallow all of us. We must stop them dead on their tracks.”

The government has previously ignored courts directing it to allow Miguna back to the country.

The government of Kenya is embarrazing Kenyans.

I have said it before and will repeat it.
KENYA GOES TO THE HIGHEST BIDDER.
MIGUNA IS A SMALL FISH IN THE OCEAN... HE WILL BE LONG GONE BEFORE WE KNOW IT.
REVOLUTION, KENYANS, REVOLUTION.
LET'S TAKE MATTERS INTO OUR OWN HANDS.
LET'S GO BACK TO THE BASICS.

Miguna MIGUNA is a Lawyer more Qualified to Defend or Sue for Himself than Lobbies. The Job for Lobbies is 'pere-pere"; and walka walka.🤗

These lobbying groups are using disagreeing members of the diaspora to sue over a mad man! Why waste time to sue over nothing? It’s good Miguna has been barred from entering Kenya! He is a crook and a trouble maker!

Court orders issued by corrupt judges like Chitembwe? 3/4 of the judges are corrupt and no one should obey their orders!

Why can’t Miguna sue for himself? These stupid diaspora idiots working in gas stations need to be a life! Miguna Miguna will not enter Kenya, like it on not! Even Havi and Mutunga conned Miguna!

Hehehehe Diaspora Lobby sues Air France???What a busy bodies.This is the same Diaspora Lobby who waits to receive n attend all the corrupt Kenyans leaders in usa the likes is rao n others so save us the breathe guys.

Miguna Miguna has secrets about Uhuru and RAO that is why they are running scared, He is Kenya and he has a right to be in Kenya. About the lobby group good luck trying to cut down a Mugumo tree with a razor blade.

In support of this. Lawbreaker Uhuru must be taught a lesson. Miguna is so harmless like a teething toddler. Why is Raila so quiet like a pot od gold?

Last time I checked Miguna Miguna was a lawyer by profession. He does not need a diaspora lobby group to help him sort out the mess he created. The law is in his head. Btw are all the diasporan consulted when someone/a group claims to be representing them?. Hii ni PR tuu.

the airlines asks only relevant questions ,do you have a visa to the country you are visiting if no you've to have a valid passport

Since 2015 you cannot get a visa on arrival. if Miguna did not have one Air France or any airline cannot take anyone to Kenya . the THE FINE IS HUGE FOR THE AIRLINE . if Miguna was traveling as a Kenyan he has to have had a varied Passport which i understand he doesn't since he refused to fill in the form for duo citizenship declaration if diaspora want to waste money let them do it but the board has to consort members who contributes to their cause . Miguna is an educated fool who thinks he is beyond us all we have to follow the rules he not

Air france follow instructions and rules . what would air france have done take miguna and risk being banned doing biz in Kenya? Miguna is not telling the truth - that he does not have a varied Kenya Passport .He cannot enter Kenya with ID even to go to TZ/Uganda/ Rwanda one need a travel document or passport . Miguna go and apply for passport or travel doc or enter kenya as a canadian but if you were deported forget