Kenya to Request US Gov’t to Give Amnesty to Kenyans Living Out of Status, Foreign Affairs & Diaspora CS Mutua Says 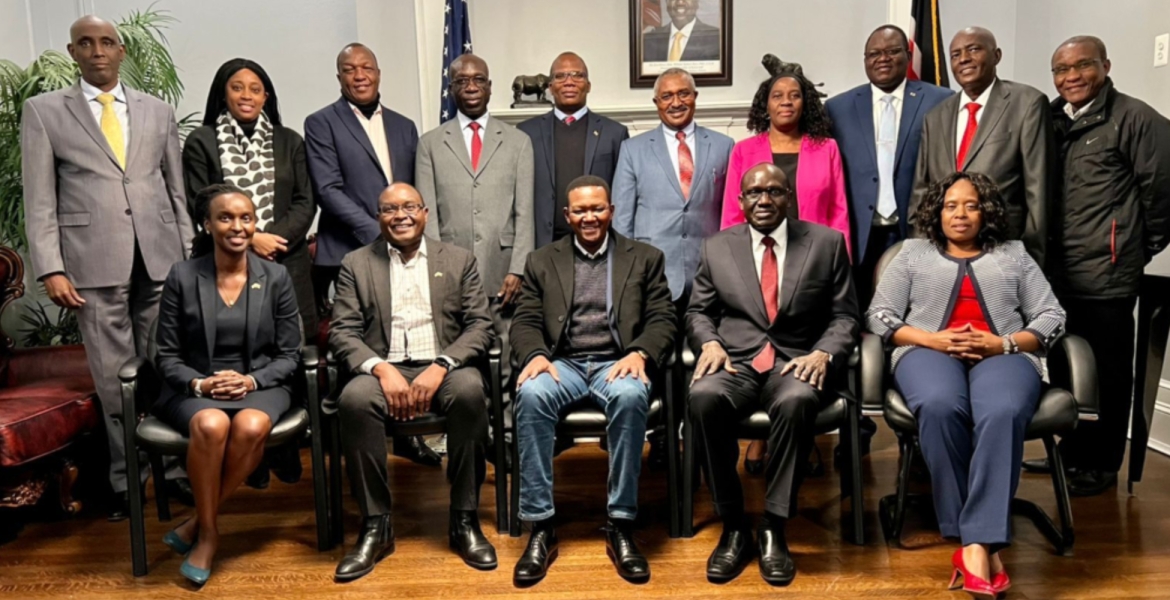 Foreign and Diaspora Affairs Cabinet Secretary Alfred Mutua is currently on an official visit to the United States as part of his efforts to improve the welfare of Kenyans abroad.

During the tour, Mutua visited Kenya’s Embassy in Washington, D.C, and the consulate in Los Angeles where he engaged members of staff to understand the challenges facing them.

He also held a meeting with Kenyans in Seattle, Washington, where they shared their experiences and expectations of President Ruto’s administration. The meeting was organized by the North West Kenyan Association in the United States. 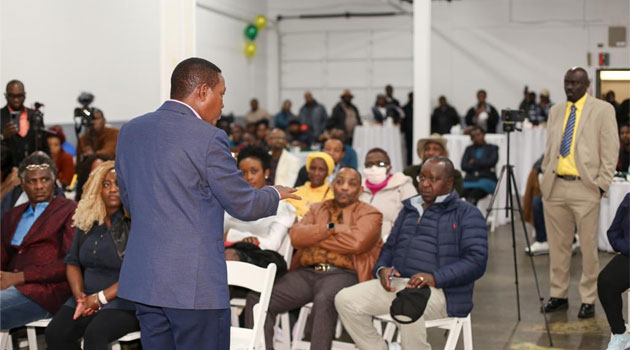 Mutua expressed appreciation to Kenyans in the US for the huge contribution they make to the country’s economy through their remittances and assured them that the government will enact changes that will impact them positively.

The cabinet secretary announced plans to open more consulates in the US, one for the Midwest, either in Chicago or Minneappolis, another for the South, either in Dallas or Atlanta, and one in the Northwest in Seattle. He also said more mobile biometric kits to process passports, Huduma Numbers and Identity Cards will be made available.

Mutua also said the government is working on a Diaspora MPesa service and a banking and loan system for Kenyans to save at home. This, he said, will encourage Kenyans and foreigners to invest in Kenya by taking advantage of the Public Private Partnership programs such as affordable housing.

He further pledged to engage the US government to give amnesty to Kenyans living out of status so that their stay there can be legalized.

Mutua should understand that US government doesn't work on knee jerk decisions.

Mutua will waste his effort on an unrealistic request. Unlike Kenya, US does not make rules for individuals. The law here is for everyone, except Trump. The CS need to deal with passports and IDs for those outside DC, LA and NYC. This is one that he can resolve on hos own. Many of us cannot afford the US$1000 to get a Kenyan passport, that has been necessitated by the way they implemented biometrics. Even US passports have biometrics, but they don't travel to Dept of State offices. They've figured a way to work with post offices, and public libraries. Mutua need to come up with an affordable solution for Kenyans.

SCOTUS Justice Clarence Thomas and fellow majority conservative justices would laugh this amnesty to the sewers when it reaches their docket. So, save your breath Mr Waziri, not gonna happen with the vibogoyo maga supporters concerned about their anyone darker than them being happy in the USA.

That’s a really really Tall request. There are more than 200 other countries making the same plea. Basically it’s not gonna happen.

Immigration reforms are passed in the congress.What Mutua is suggesting will be dead on arrival if it ever gets that far.Immigration issues are very controversial in USA as we Know.
One thorny issue in "legalizing" people who are out of status is that, it is rewarding law breakers,and punishing those inline to enter the country the proper way.
There is not even achance that USA would issue out of status Kenyans a temporary reprieve since there would be no credible justification for it at this time...
Commentators on this piece have offered concerns that Mutua should address,and is capable of solving,such as cleaning the"mess" at the embassies .That's where his efforts should be directed.My two cents.

This guy went to school in America, amnesty would be an act of congress Dah.
It would be challenged through SCOTUS.
Clueless guy deal with incompetence at the Kenyan embassies before you tell the Americans what to do.

Laughable. Best thing they can do is pay fee for those f one to return to class

As long as we are making stupid unrealistic wishes, I'm writing the Treasury dept asking for $1 billion in unmarked bills(why not?) to be deposited in my bank account no later than 11/23 - I have a shopping list.

This is total madness. Do your research before making utterances. You stand in front of all these people to utter sheer nonsense. US citizenship is not a handout; you earn it.

The same way they take Kenyans for granted is the same way they think the US government can be handled. This is a country of laws. "..Justice be our shield and defender.." was meant to be a capstone of how justice was gonna be handled post Independence Kenya, but these same leaders have run that noble call to the drains. Bure kabisa!

That's just waste of time....US government doesn't have favors when it comes to universal policymaking esp if it's not at their own interests

Stuff like that must go through Congress which as it has been for decades is unable to do anything significant concerning immigration due to political self interests! But keep on dreaming! Dreaming is good!