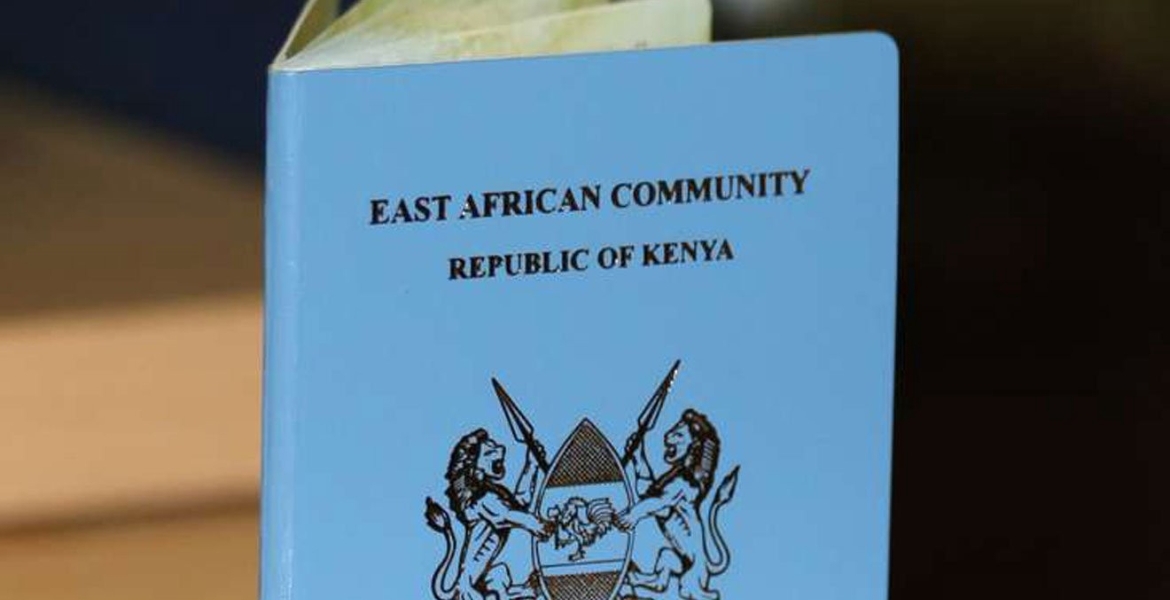 The Directorate of Immigration Services has said Kenyans abroad traveling back home using old-generation passports will be allowed entry after the deadline for phasing them out expired on November 30th.

Immigration Director General Alexander Muteshi said those who enter the country with old-generation passports will be denied exit unless they acquire the new East African Community (EAC) biometric e-passports.

Once the deadline elapses, the old dark blue passport will be null and void and no Kenyans will be able to travel internationally without a valid EAC biometric e-passport, which is sky blue in color.

The digital passport will allow citizens of the EAC regional bloc member states including Kenya, Uganda, Tanzania, Burundi, Rwanda, South Sudan, and the Democratic Republic of Congo (DRC) to leave and enter the member countries freely using e-gates, without going through immigration officers.

Business Daily reports that at least 1.6 million Kenyans had acquired the new EAC biometric e-passport as of December 15th.

They need to be given like Miguna Miguna without filling any form or having biometric taken.

Kwani how many psppts has Kenya passed so far? In Jan 2021 used my dark blue passport hapo hapo jkia! They tried telling me eti blue passport sijui zilipanda zikateremka then, I simply smiled and spoke my awesome kizungu, which left them all bewildered.

Boarded my flight and rest is hist!!

This game of renewal of passports is a way of torture and making those in the diaspora carry heavy burdens.You are asking for payment to do this it especially pains coz you initiated it should be free .You have our data stop this repetitive process past its time it's ridiculous and outrageous what is the kenya Kwanza team doing..Advanced countries don't care about biometric with the emerging online hacking and theft of identity insecure ..

Passport have expiration date so when renewing you get the updated one. This forceful of having to get a new one before expiration is fraud and a way of government to get money. When renewing is the time you get the new generation, a procedure all over the world

Diaspora brings billions in dollars and gov should be ashamed of how they treat them. It's sickening.

If a passport has not expired, no one should be forced to pay for a another one, because it is still valid. If you have to have a new one, then it should be be given free of charge. Asking people to pay for the same document twice is robbery without violence.