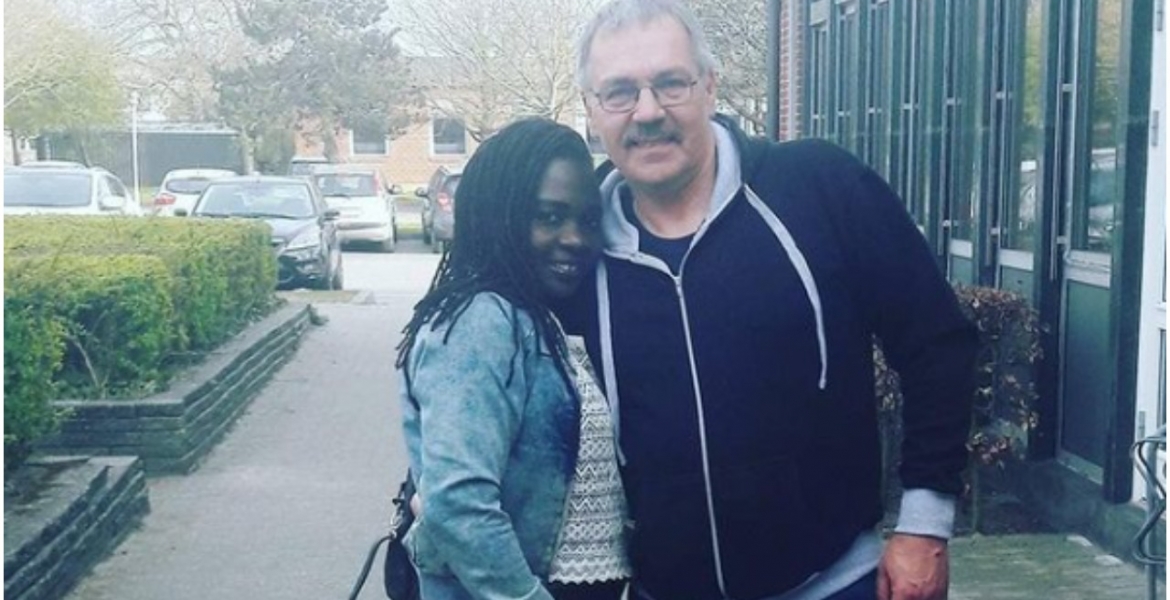 Kenyan singer Mwanaisha Abdalla, alias Nyota Ndogo, has reunited with her Danish husband weeks after he walked out on her.

The Watu Na Viatu hit-maker is said to have pranked her husband by claiming that she was pregnant yet the two had not been together for three months, something that infuriated Nielsen.

“I never thought he would take this so seriously. I made the joke at 8 am and come 4 pm, I told him it was a joke but by that time he had taken it seriously. He has been silent on me since, something I had never foreseen happening in the last seven years we have been together as friends and as a couple,” Nyota said.

“Please come back to me. I don’t want your money, I’m crying for love. I found love in you and without you I will die single.”

On Thursday, she posted a photo of herself and her husband holding each other and reiterated her love for him.

The two divorcees tied the knot in May 2016, eight years after Nyota separated from her former husband K-short. Both have grown-up children from previous marriages.

“Please come back to me. I don’t want your money, I’m crying for love. I found love in you and without you I will die single.” Iam trying to figure out if this is a desperate cry for help,or true fear of losing grandpa cum husband.
Anyway if the trade off is equitable,in their eyes good for them.He gets a youthful body.She gets the fatherly figure she never had...kind of-plus cash.
I guess no more April fool jokes.There seem to be a generational gap in jokes as well.I would chance to say in music as well.So what is bonding them together?LOVE? Even tradeoff? Just curious. So long as you are ahappy couple keep it up.