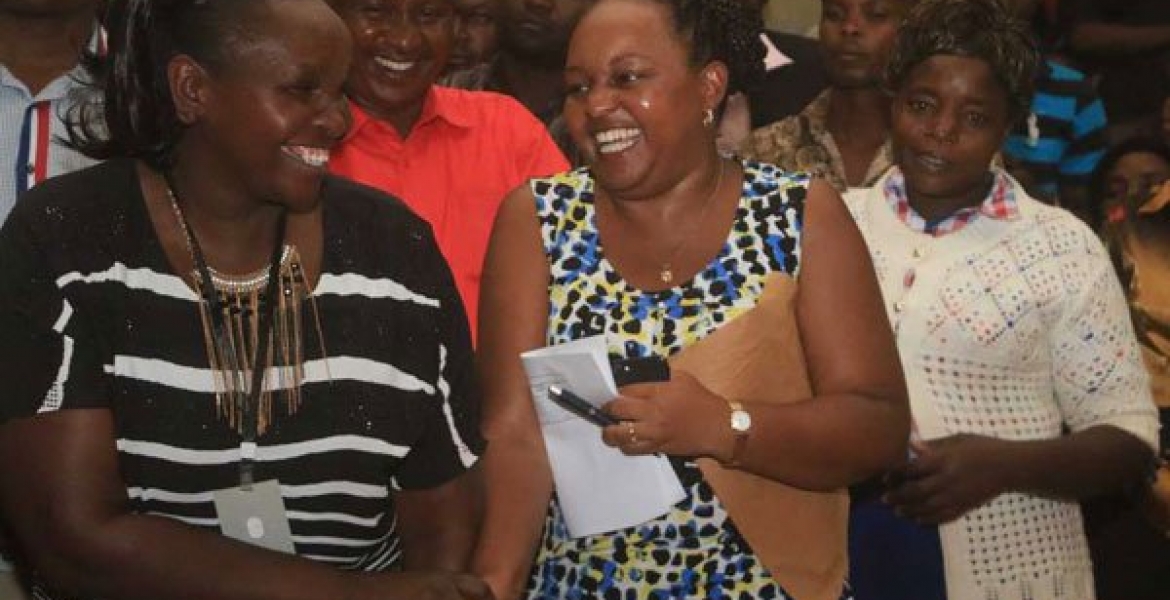 Waiguru, a newcomer to elective politics who declared interest in the seat after quitting her cabinet position following a corruption scandal, won with 100,632 votes. Her closest rival was current Kirinyaga Central MP Joseph Gitari with 46,678 votes.

Despite spending a lot of resources in the primary campaign, incumbent Governor Joseph Ndathi finished a disappointing third, managing only 17,085 votes. He conceded defeat later Tuesday night while still casting doubt on the nomination process.

“Although I lost, I lost with my people but Jubilee can have its way and us the minority, can have our say,” said Ndathi, who said he was still pondering his next political move.

Waiguru will face 2013 presidential candidate and Narc-Kenya leader Martha Karua in the August 8th general elections, almost assuring there will be a woman Governor for the first time in Kenya after the August elections.

Residents of Kirinyaga seemed to be longing for a fresh crop of leaders, as all current Members of Parliament (MPs) belonging to the Jubilee Party were voted out in their respective constituencies. Two thirds of the Members of County Assembly (MCAs) were also kicked out by newcomers.

Kirinyaga Central will also have a new MP after incumbent Joseph Gitari vacated the seat to run for Governor. Lawyer John Munene won the nomination with 11, 432 votes, with his challenger Mwai Kabui garnering 11, 297 votes.

As I gave up on foreign religions (islam & christianity) many years ago, I have also given up on construct known as " democracy." Why? After seeing what donald trump did to hilarry clinton and then got elected, and after seeing what anne waiguru did to our national treasury and got elected yesterday, I have totally given up on "democracy."
It is time for our minds to wake up and come up with a better religious and political ideologies than what we have now. I am quite confident that if we give our brains a chance to think (like M-Pesa), we will give the world a better political "mantra" than the so called "democratic process."