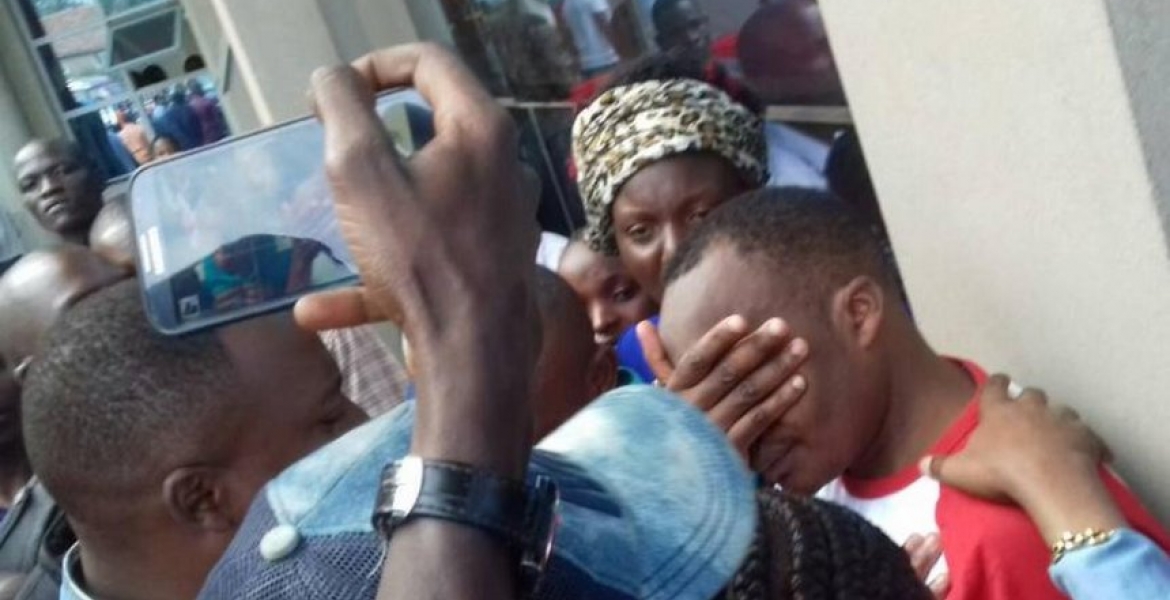 Protests rocked the Jubilee Party headquarters in Nairobi for the better parts of Saturday as supporters of musician Jaguar alias Charles Njagua demanded a resolve of the stand-off following the Starehe Constituency primaries that saw incumbent Maina Kamanda declared the winner.

The popular musician, whose real name is Charles Njagua Kanyi, was spotted on camera shedding off tears and wiping them uncontrollably after it was learnt that he would probably be forced to enter into a negotiation with the veteran politician to reach a consensus on the contested Starehe Jubilee primaries he claims he won.

Jaguar claimed that Kamanda has been sending proxies to compel into a negotiation table to each to an agreement. Jaguar however insists he won the election and was not willing to enter into negotiations with the Starehe MP.

Final results announced at the constituency tallying center had Kamanda declared the winner after amassing 10,384 votes compared to Jaguar’s 8,300 votes.

Jubilee Party tribunal is currently listening to over 3000 petitions filed before it band has set up three benches, comprising three officers, with a daily target of 50 petitions before May 10.

Yaani it is that important that you have to humilate yourself in public to be elected.. Kwani what is wrong with being a commoner kama mimi.Inasemekana you have the money so why do you need to go to parliament. Hiyo pesa yote utawaacha tu hapa. Vanity. Yenywe you are not representing. In my community real men never cry in public.Tafadhali man up dunia haijaisha ongea na Uhuru utapewa nomination si lazima uwe elected kuiba.