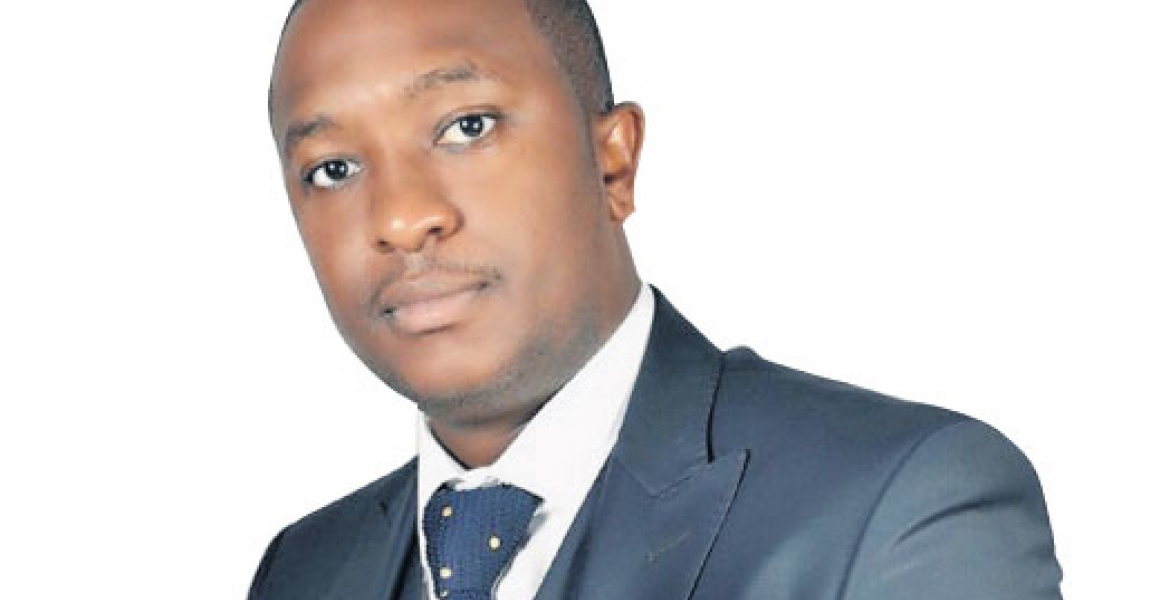 Steve Mbogo, the Starehe ODM aspirant for the parliamentary seat is known for his flamboyance and lavish lifestyle. The youthful businessman-turned-politician says he has several expensive suits in his closet, having bought the most expensive one for a staggering Sh800,000.

“I have Canali, Massimo Dutti and Masimo Bossi suits. The most expensive in my closet goes for Sh800, 000,” Mbogo told edaily.

The politician reveals that the expensive suit was a gift that he bought to himself, adding that when dressed in the attire he can close any business deal. “That is a gift I bought myself. If I dress in that suit and go for a meeting, believe you me, I am going to strike that deal,” he said.

This means that Mbogo’s suit is more expensive that what the World’s most powerful man, US president Donald Trump wears, According to the Business insider, United States President, Donald Trump’s suits are worth between Sh600,000 and Sh1.7 million – Brioni, an Italian label.

The source of Mbogo’s wealth has been repeatedly questioned, with rumors that he is involved in illegal drugs trade as well as fraudulent schemes. He has repeatedly denied the rumors and says he runs legitimate businesses. He says he is a real estate investor and also deals in mining as well as importation of electronics from China.

He has claimed his wealth to be an estimated Sh3 billion and lists twelve 4-star hotels, over 30 apartments blocks and a flight training academy at Wilson Airport among his investments.

Mbogo will be facing other youthful aspirants and political newcomers in the Starehe parliamentary race in the August 8th general elections; musician Charles Njagua “Jaguar” Kanyi of Jubilee and activist Boniface Mwangi of Ukweli Party.

Who cares? what passes as news in Kenya is really sicking. When dressing, he wares one leg at time. Its all vanity of vanity.

VANITY is the right word; and lack of Self-Esteem.

Black people are in the trend of consuming and not producing. Just big spenders with low purchasing power. He will use government money to buy himself more suits.

Bingo..I agree with you verbatim!

When things go south. Those suits will be sold kumi kumi in Gikomba. Fashion do not last for long time. 20 yrs to come they will be old fashion. Invest in people if your have extra cash. At the end of all that is what it will matter. how many lives did you touch. In a way it display foolishness and trying to fill a void inside him a psychological problem

It is very very very very sad for him to put on 800,000 while someone in the streets sleeps hungry, like widow, widower,homeless, orphans and physically challenge while unajigamba kwa manguo, afadhali hujigambe umewasaidia hawa, clothes lose value, pple keep u in their minds if u help them so think and stop buying but help pple with that money and buy regular suits they still shine bro.

Very sad news indeed, the richest person in the world drives a normal car and has a flip phone, not to mention he has almost cleared malaria in India. Guess how many lives he has touched? Brother touch lives ie sponsor kids to school and when you get old, you will have a hand to allow you age gracefully.

He is vying for an elective seat and instead of talking about how he has initiated something-anything that will help the community he is instead bragging about his expensive suits! Amazing! Guess what, those poor people living in the slums of Kibra and elsewhere will line up early at 4 am on August 8 hungry and having spent sleepless nights due to poverty to vote for this guy in the name of ODM (or Jubilee in other places) so he can go add more expensive suits in his closet. In the meantime the poor guys will return to their homes in the slums to continue wading in raw sewage. God forbid!

Hi sellout.i know many of corrupt dudes hide in politics to protect their stolen or ill wealth.we have seen NASA people want to sell the country back to the colonial masters through non governmental organizations.mbogo you need leave NASA before its too late.kenyans will get tired of people like u and others who have been hiding peoples back to make the money and then use that money to mess the country.as we say in China,make the money but don’t think because you have made it you can arm twist the government.you guys need to know who is in charge.we can’t have two governments in one country.advice your brothers n sisters in NASA for free that it’s people who determine who is going to be in charge through the ballot.so if you don’t vote you can wait for the second option.shukrani

When he passes through Mathare, does he think oh there is someone there who cannot afford a pair of shoes. Vain little man.

Use the money to feed the hungry!! Stupid vanity of a lonely heart.

Gandhi, one of the greatest human that walked yhe earth always dressed in a shuka. Even when he went to London to negotiate India's independence!! His name will be on people's minds and lips forever. Not the lotters of India or the world!!