Chaos in Busia as NASA Supporters Clash Infront of Raila 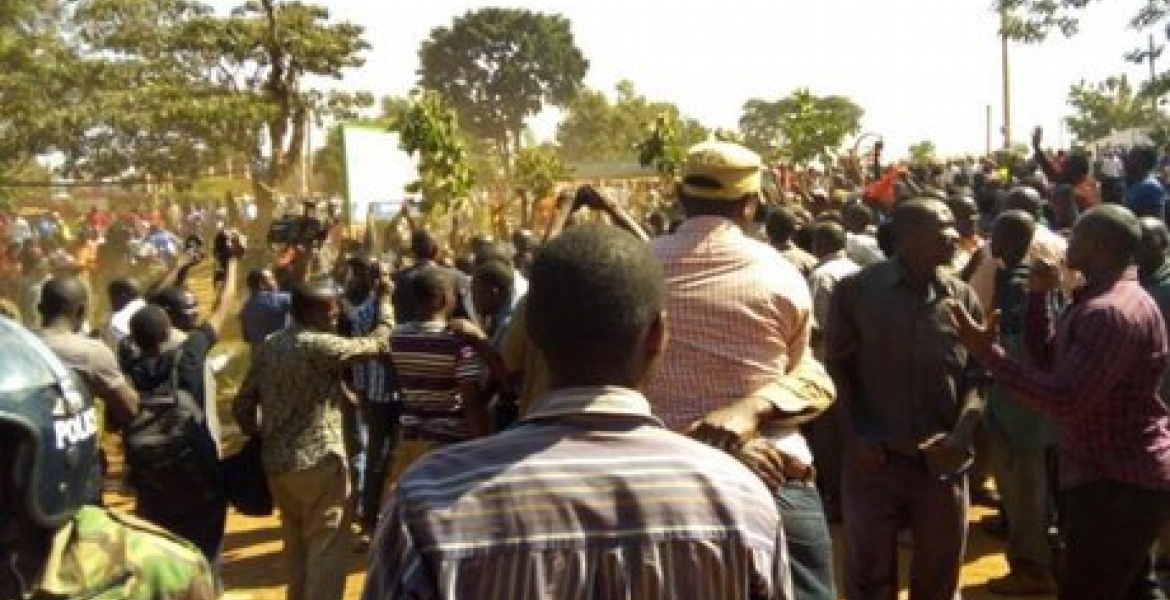 The Rivalry between Busia governor Sospeter Ojaamong' and his closest rival, Funyula MP Paul Otuoma stole the show during a National Super Alliance (NASA) rally in Busia County on Sunday.

Trouble began when incumbent Governor Sospeter Ojaamong’ was invited to address the residents during the rally at Busia town and supporters of Otuoma began chanting anti-Ojaamong slogans and shouted at him he spoke.

Ojaamong followers were forced to retaliate back to engage Otuoma’s supporters, leading to chaos and violence as they pelted stones at each other.

Ojaamong wondered why Otuoma’s supporters attended the rally, even after he ditched the party, accusing him of perpetrating violence in the county.

"Some other people are inexpedient candidates, but they are sending their supporters to come to a NASA rally. Why did he leave ODM if he still wants to attend our rallies?" he wondered.

After calm was restored, Raila called on supporters to maintain peace and fighting within themselves as their enemy was only Jubilee.