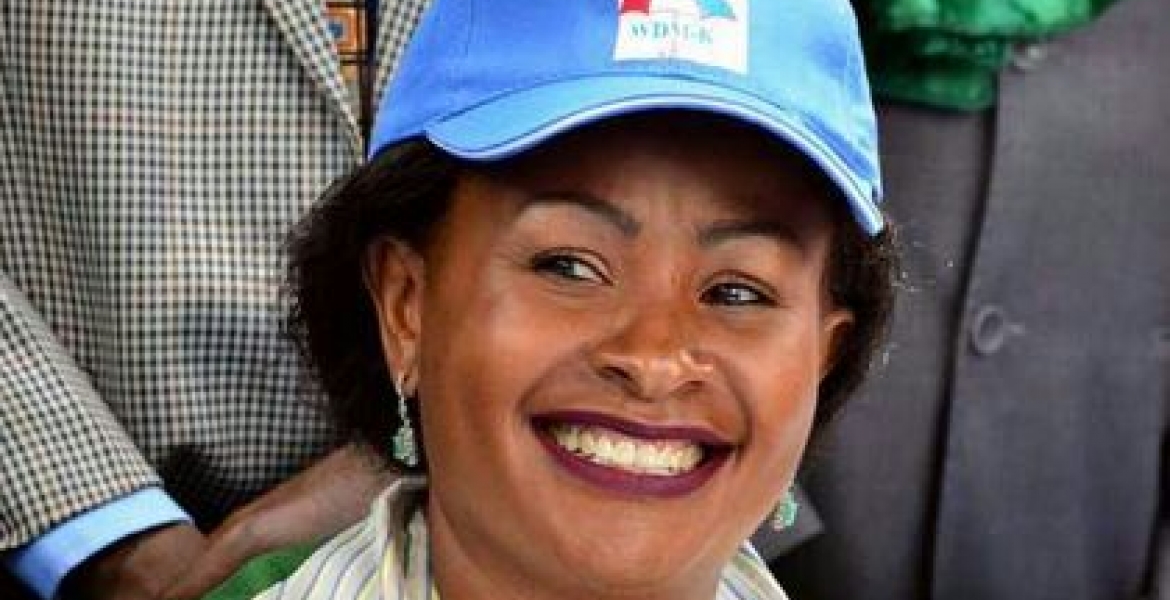 Former Kathiani MP Wavinya Ndeti thanked President Kenyatta after she landed a government appointment in the changes announced on Tuesday.

Wavinya, who unsuccessfully contested for Machakos Governor’s seat in the 2017 elections, was appointed as the Chief Administrative Secretary (CAS) in the Ministry of Transport.

“I thank the Almighty God for his boundless grace. I thank His Excellency President Uhuru Kenyatta for giving me this opportunity to serve the people of this great country as the Chief Administrative Secretary for Transport,” she said in a post on Twitter.

She also took the time to thank her supporters, ODM leader Raila Odinga and Wiper chief Kalonzo Musyoka for their worthy advice, adding that she looks forward to working with Transport Cabinet Secretary James Macharia.

“It’s time to get down to work and get the wheels moving. I also thank my people of former Kathiani Constituency and Machakos County and my supporters across the country for their endless support and to my party leader Kalonzo Musyoka and the Rt Hon. Prime Minister Raila Odinga, thank you for your advice and support too.”

“Let’s get the needle moving, and serve our great country Kenya. I am looking forward to working with the Cabinet Secretary in charge,” added Wavinya.

Her latest appointment came barely a year after she was appointed as the Chairperson of the Governing Council of Kenya Water Institute (KEWI).

That's why I said she is Beautiful.

So she is beautiful; very Beautiful.😂😂😂