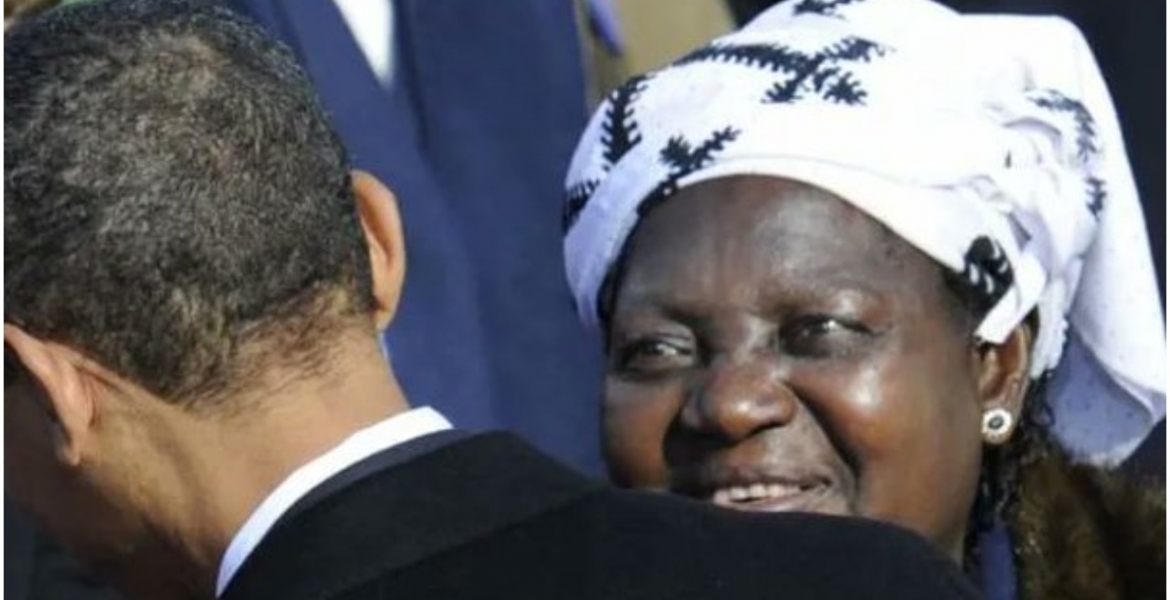 The body of former US President Barack Obama’s step-mother Mama Grace Keziah Aoko Obama has arrived in Kenya for burial.

Aoko, who died while undergoing treatment in the UK on April 13th, will be laid to rest in Nyang’oma Kogelo village, Siaya County on Saturday.

Her remains arrived at Jomo Kenyatta International Airport (JKIA) in Nairobi on Friday morning and was airlifted to Kisumu, where it was received by Governor Anyang Nyong’o, family, and Muslim leaders.

Malik said his mother passed away in London after a long battle with diabetes.

Following her death, the family appealed to the government to help them get special permits to allow the transportation of the deceased’s body to Kenya.

“Now because of COVID-19 the world is constricted, but at the end of the day we are appealing to the authorities and the government at large to grant us passage and make it easy for us to bring mama home as soon as possible,” Malik said during a press briefing.

He added: “We are quite aware of the situation right now with Covid-19 and the restrictions that are in place but we just want the way to be opened for us.”

The family also asked for financial support from Kenyans to airlift her body back to the country for burial.

Aoko’s death came two weeks after the burial of the family’s matriarch Sarah Obama, who died at Jaramogi Oginga Odinga Teaching and Referral Hospital in Kisumu on March 29th aged 99.

Sarah, the grandmother of Barack Obama, was laid to rest at her home in Kogelo, Siaya County on March 30th in line with Muslim traditions.

It seems Obama hate this malik the stooge family

Covid is good to rid EVIL