Kenyan Airstrike in Somalia Allegedly Kills Woman and Her Child 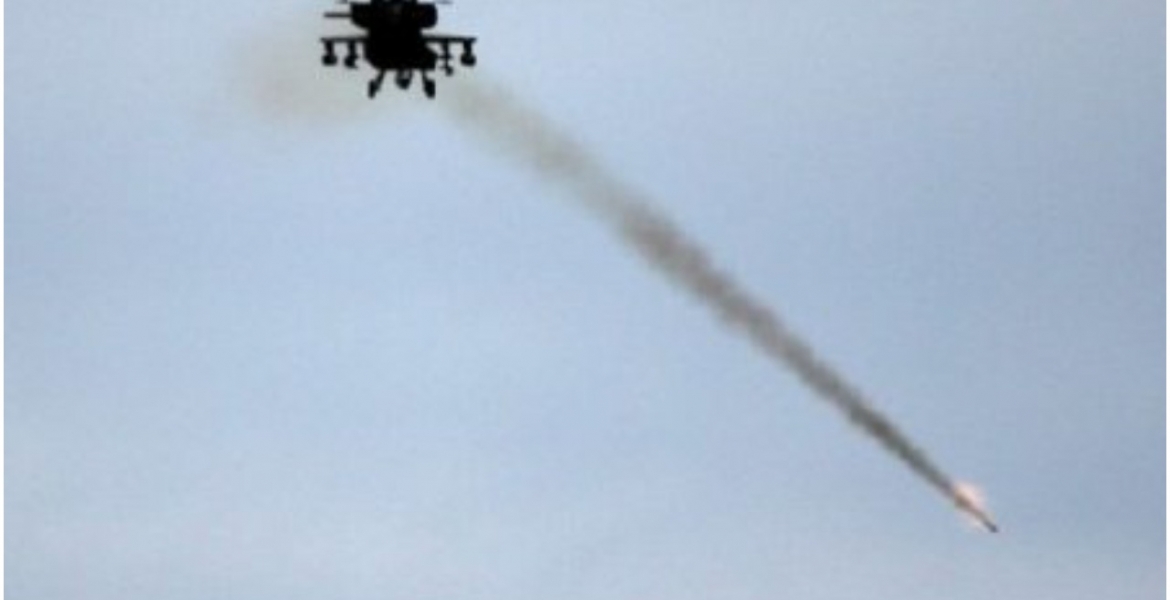 A woman and her child were killed after a Kenyan warplane reportedly bombed two towns in southern Somalia last Thursday.

Four other people were wounded during the airstrikes in the Gedo area in Somalia’s semi-autonomous state of Jubaland, according to reports.

The Federal Government of Somalia condemned the “indiscriminate airstrikes” in El Ade and Hisa-u-Gur towns by Kenyan forces. It said the airstrikes resulted in the death and injury of civilians, including women and children.

The deceased woman’s husband Ali Ahmed Sheikh told Reuters that he was not in the house when the aircraft struck his family home in El Ade and that of a neighbor on Thursday night.

“I found my house destroyed, my wife Sahra Aden and the baby she suckled dead,” Sheikh said on Monday.

He spoke to Reuters from Erdogan Hospital in Mogadishu, where his children—two boys and two girls—who were injured in the attack are admitted.

The Kenyan warplane is reported to have bombed two other villages, destroying telecommunications masts of Hormud Telecom, a Somali telecoms company.

In a statement on Saturday, African Mission to Somalia (AMISOM) said it was gathering information on the incident.

Troops drawn from the Kenya Defense Forces (KDF) are part of AMISOM, a military component that has been defending the Somali government from the al Qaeda-linked insurgent group Al-Shabaab.

Al-Shabaab is seeking to overthrow the government and establish its own rule in Somalia based on its own strict interpretation of Islamic law.

Oh no. Please dont give them ideas. This is very bad PR. Unfortunately many Kenyans are totally ignorant on whats going on next door and how the KDF and by extention - Kenyans are despised there in Somalia. Their own govt condemned the action so what do you expect? Now prepare for more of such attacks like Westgate that according to them are retaliation for the atrocities KDF inflict on them. Independent reports show that KDF often target "soft" targets instead of the hardcore bases for fear of the blowback. This however just makes the civilians mad as hell and provides more future recruits to their numbers. Its a vicious cycle. I thought wed pulled out of there already. Only somalia can solve its own problems. Time to resist that foreign money to fight others wars and not get sucked in to others agendas. Somalians and eastern nilotes have co-existed for thousands of years. Time to let Africans manage their own future. Hii pesa ya majuu may have short term benefits but causes long term problems. African puppets orgs like AU, AMISOM are just being lapdogs of their foreign masters.

How do they know for sure it was the KDF and not any other branch most probably their own soldiers who killed one of their own.Time to close the Kenyan Somali border for good.These people have been at war since the early 2000’s and they are incapable of living with each other that is why there are Somali refugees all over the globe.Kenya has suffered more than it has gained by having these heathen as neighbors.We tried to civilize them with a university in Northeastern they decided to kill all non residents.They cannot solve their problems leave alone coexist and its all clan wars because they speak the same language.Leave them to solve their own problems pull KDF soldiers out of there and secure our borders.Sikio la Kufa halisikii dawa

Guest, I repectfully disagree and ask you to reconsider this - Hw do they know who did what? Irrelevant. By the fact WE invaded them publicly puts us on the spot.
Ish hit the fan in Y2K but you got to look at the root cause. Did you know most of eastern kenya WAS Somaliland? Due to mzungu war against Italy payback walinyakua pia TZ. They tried to complain in the 60s but kenyatta brutalized them with his homeguards mpaka that generation tuliad. Haya 80s, nextgen tried but Moi raided villages and massacred 3000. Look it up. History repeats itself. Against advice Uhuru invaded Somalia coz 2 foreign wazungus were killed - (turned out to be a botched robbery not even terrorist related) Anyway, we went in and again inflicted war crimes against them.
That uni issue BTW was done by Somali kenyans not even foreigners, and they gave advance warning. Somalis are wayy wayy advanced compared to the kenyan mentality.They dont hold allegiance to the country Somali as we would Kenya. To them, this was just a colonial imposed border by foreign powers (Invaders to them), so they stick to their traditional clans theyve had for 1000s of years. Does it have drawbacks? Yes, but history is on their side. When nation states fail- and they sure will if history is any guide, they will just resume as normal bila shida. These "borders" you speak of are colonial ones. You owe allegiance to your tribe as it is only your tribe that gave you your culture, norms and ancestors.