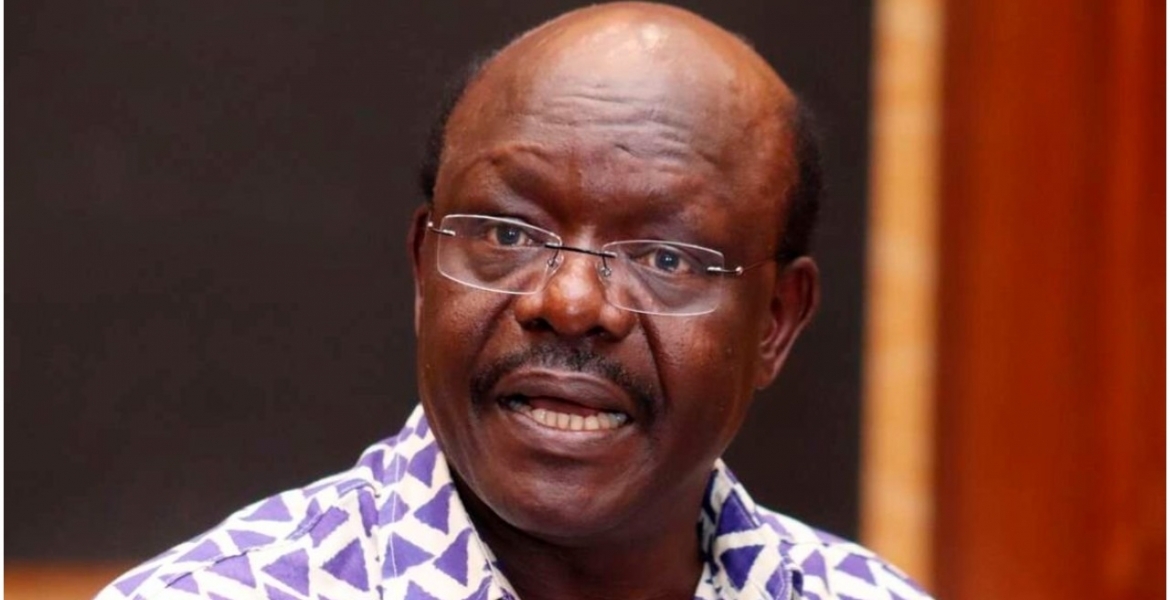 The former secretary-general of the United Nations Conference on Trade and Development (UNCTD) is accused of assaulting a woman at The Tamarind Village hotel in Nyali, Mombasa last month.

The woman identified as Diana Opemi Lutta filed a report at Nyali Police Station on May 22nd, claiming that Kituyi dragged her out of bed and kicked her repeatedly while on the floor.

The complainant, who alleges to be Kituyi’s girlfriend, said she suffered knee injuries and was treated at Coast General Hospital.

Diana claims Kituyi, a former minister for Trade, assaulted her after she turned down his sexual advances.

Police are looking for Kituyi after he failed to turn up at the Directorate of Criminal Investigations (DCI) offices in Nyali to record a statement concerning the allegations.

Last week, Inspector-General of Police Hillary Mutyambai directed police in Mombasa to open a probe into the allegations leveled against the politician.

Where's ya zungu wife mr president? May God help you in these dirty politics. Weta was beaten by wife now u and gf troubles.

It will be interesting to see how all this plays out.In most developed countries,a scandal like this would sink any candidate's hopes.
I believe Kituyi denied the allegations.Well for this story to garner the traction it has, something "unlawful"must have happened.That is the girlfriend framing him,or the beating,and kicking took place.And now for him to fail showing up at the Directorate of Criminal Investigations offices does not help his case.
These are serious allegations,the least of which is the embarrassment factor.It is bad enough if it were a teenager or a young man reacting like he did just because his sexual advances were repulsed.But an oldman like him,it is a big shame.You would think by now life lessons have taught him athing or two about women.

In Kenya anything can gain tract. It is a country of idlers, gossipers, hatemongers and chuki. Just check each time they celebrate that a diaspora kenyan is being deported.

The last statement had me chuckle.Last year I was forced to over stay in Kenya dues to Covid19.Noting that in the past,I had hardly stayed over 2months,past 5months rumors started spreading that I was been deported.Some went as far as saying Ibrought Corona from America...Iam back to Florida,luckly I never tested positive for covid 19,and I have had my two mordana shots.So I can relate to that.

You can believe DP Ruto is playing a major hand in all this matter! Ruto is a scum bag who likes to enjoy other people’s miseries!

Dirty Diana, even the late Michael Jackson complained about her.

Wow Wow ...hold on @ Just me.We do not know what happened in that room. We can only go by what we have read,and that is Mukisa assaulted her.She went to hospital for treatment.This tells me that there was evidence of injury.I guess with bad intentions one can self-inflict to buttress their case.But why is Mukisa "hiding".
If Diana is reporting an assault from her supposedly oldman boyfriend,shouldnt we commend her for that? Is n't that what we want abused women to do?
Let's hold no to scum bag title till we know for afact that she contrived a scam and benefited from it.

Ali, that makes Ruto a powerful guy in ya mind!

I wish Mukhisa’s friends advice him to solve the matter with Diana.

She told friends that she asked him to use a condom and he refused. His other previous girlfriends have said he prefers nyama kwa nyama.

You know his 'other previous girlfriends'? I thought this is just political mud-slinging?