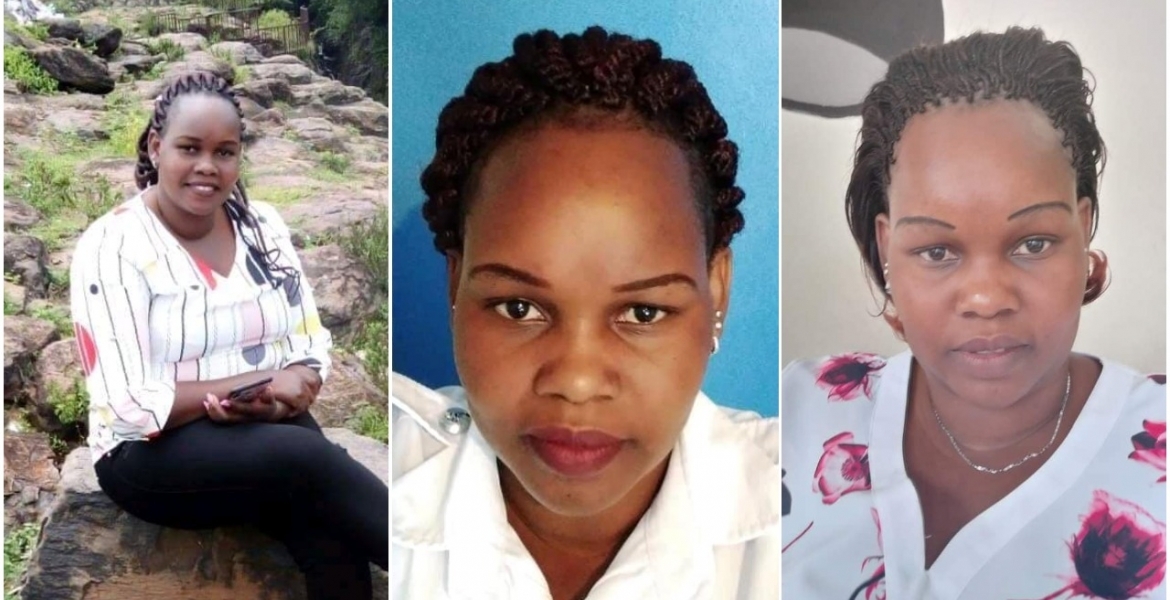 Fugitive police officer Caroline Kangogo, who was wanted for murder, has been found dead.

Kangogo is reported to have committed suicide by shooting herself inside a bathroom at her parents’ home in Nyawa, Elgeyo-Marakwet County on Friday morning.

Rift Valley Regional Police Commissioner George Natembeya said the officer shot herself in the head. “She has committed suicide this morning. She entered a bathroom and shot herself,” said Natembeya.

A pistol believed to have been used in the murder of two men in Nakuru and Kiambu counties was recovered at the scene.

Reports indicate that Kangogo was seen getting into her parents’ home early Friday before she was found dead inside an open bathroom. It is not clear whether she spoke to any of her family members before killing herself.

Images circulated online showed a woman believed to be Kangogo seated in a pool of blood inside a bathroom with her legs crossed and a pistol close to her left arm. She is dressed in black pants, a mustard sweater, and a black veil covering her face.

Kangogo has been on the run since July 5th when she allegedly shot and killed Police Constable John Ogweno, 28, in his car parked within Kasarani police quarters in Nakuru before fleeing with his loaded Ceska pistol.

She allegedly emerged in Juja, Kiambu County on the same day where she also shot dead Peter Ndwiga Njiru, 32.

Kangogo is said to have lured Njiru to a room at Dedamax Hotel in Kimbo at around 4:00 pm and shot him on the head at point-blank range before leaving at midnight and fleeing to an unknown destination. The man’s body was found lying in a pool of blood on the bed.

CCTV footage captured a woman believed to be Kangogo leaving the hotel at around 12.30 am on July 6th. Corporal Kangogo was stationed at Nakuru Central police station.

Very funny Kenyan Police, how the hell did she enter the house when u were on watch. This smells like a murder.

No No No! Bring another narrative this story does not add up.

"Reports indicate that Kangogo was seen getting into her parents’ home early Friday before she was found dead inside an open bathroom. It is not clear whether she spoke to any of her family members before killing herself".

Who saw her and what action did he/she take?