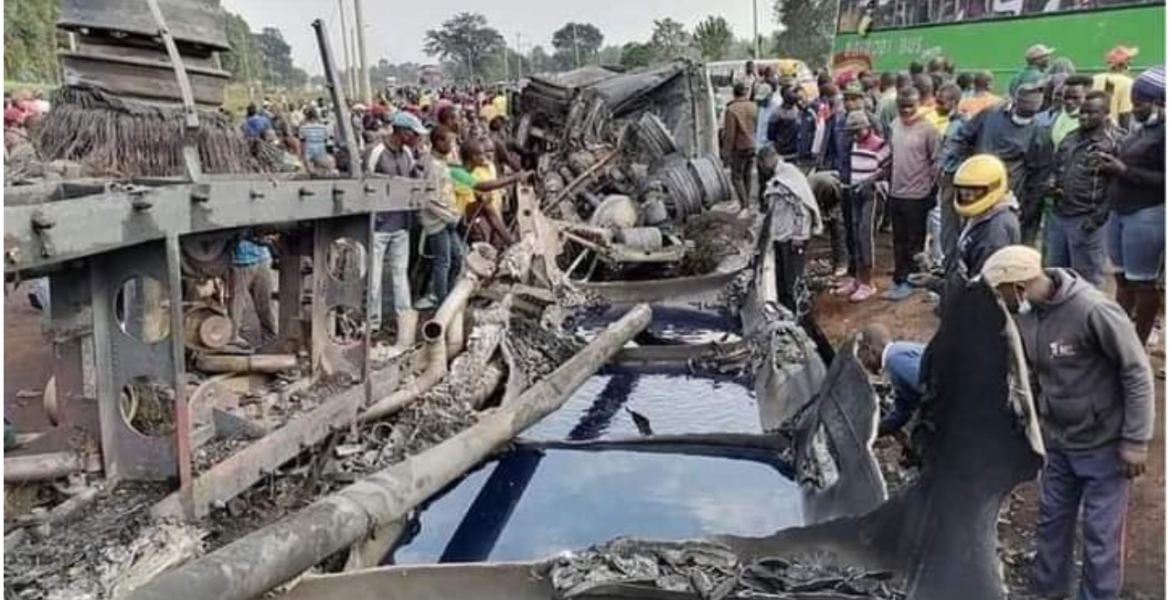 The death toll from the Saturday night Malanga fuel tanker tragedy has risen to 19.

This is after six more victims died while undergoing treatment at Siaya County Referral Hospital since the explosion four days ago.

He further indicated that DNA analysis of the samples collected has started for the identification of the bodies that were burnt beyond recognition.

Rasanga said the county government will waive all the hospital bills for the survivors of the tragedy.

13 people were killed on the spot after an overturned petrol tanker they were siphoning fuel from exploded at Malanga area along Kisumu-Busia highway.

The truck caught fire and exploded after one person opened a compartment to allow them to siphon fuel faster before the arrival of the police.

The fuel tanker overturned after colliding with another lorry ferrying milk near Argwings Kodhek Secondary School. Both vehicles lost control and veered off the road before rolling and overturning.

Area residents rushed to the scene and started drawing off fuel before the tanker exploded a few minutes later.

Busia County government firefighters were called to the scene and managed to contain the fire after an hour.

As Saitoti once said: "Those who Died have learnt a Lesson." To me, Posthumous lesson. When Lucy Kibaki heard that Saitoti said this, it did not just Discombobulate her, it drove her Nuts; it drove her Bonkers.