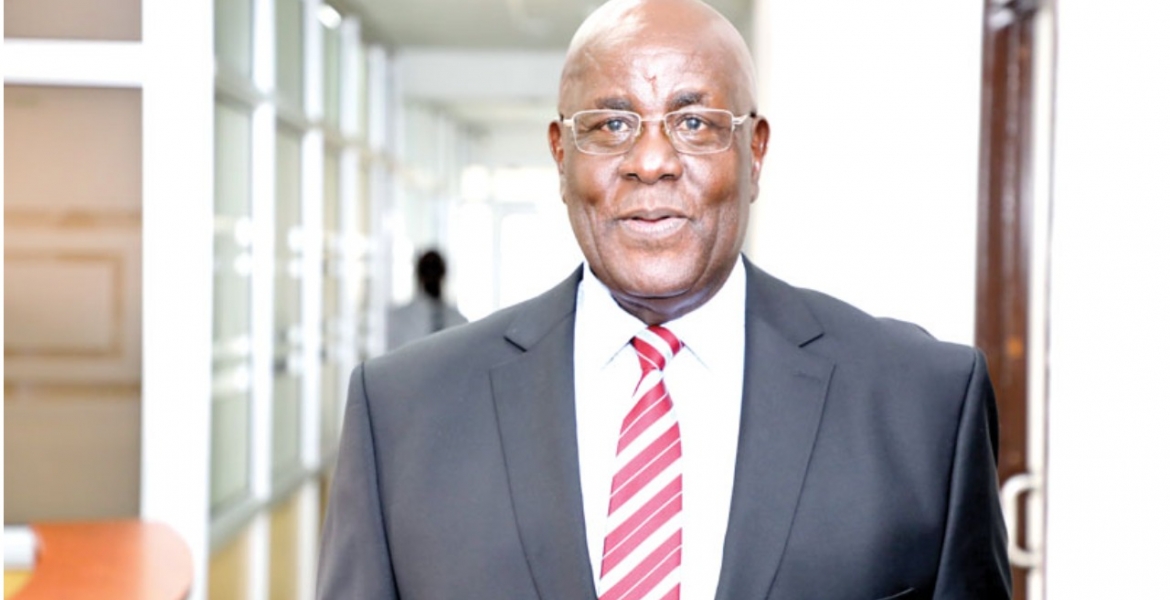 High Court judge Aggrey Muchelule was on Thursday afternoon arrested by detectives from the Directorate of Criminal Investigations (DCI).

The judge was reportedly picked from his office on Thursday afternoon and driven to DCI headquarters along Kiambu Road for questioning over an undisclosed matter.

Muchelule, who is attached to Milimani Family Division, said the officers searched his office but did not find anything unusual.

“They came and searched, but nothing was found. I don’t know what they want,” Muchelule told The Star via phone.

His lawyer Danstan Omari claimed the officers stormed the judge’s office in search of ‘planted’ money.

"So, the question is that an attempt was made to get judges outside their offices so that money can be planted in Justice Muchelule's office. Thank God, Justice Muchelule never moved out of his office," Omari said.

Muchelule was among the six judges whose nomination by the Judicial Service Commission (JSC) was rejected by President Kenyatta over integrity concerns. Others were justices Joel Ngugi, George Odunga, and Weldon Korir as well as Evans Makori and Judith Omange Cheruiyot.

It’s unfortunate that some hungry billionaire Kenyans still believe thug Uhuru who presides over looting of their shs 2b.daily can fight corruption.All property owned by Uhuru,including his concubines/adultery prostitutes,factories,land,shares(TWO RIVERS,BROOKSIDE,CBA,HERITAGE,GREAT RV LODGE ETC) were stolen from Kenyans.Only a bloody revolution will save Kenya.

Mchelulle will understand better how it is to deal with Kenyan police outside of courtrooms and I wish him well. However, it is inconceivable to imagine that even the most corrupt police officers just showed up and arrested a high court judge. He of course has the benefit of doubts, and you are innocent until proven guilty, blah blah blah, but it's shameful AT ALL LEVELS for a high court judge to be arrested

Please help me understand the final outcome of the two dams financial scandals famously known as the "Arror" and "Kimwarer?"

Where is the former Finance minister who was accused of financial misappropriation His Excellency Brother Henry Rotich now?

Ever since Former Chief Magistrate Hon. Aggrey Muchelule dealt with the Akasha Brothers mid 90s in Mombasa, his fate was already laid out for him. This honourable man, its is only by Gods grace that he managed to even become a judge. Kenya is rotten to the core, those innocent are being disgraced and mistreated here, maligned to the extent that all their achievements go unnoticed. And yet the country is overrun by thugs, drug dealers, murderers, prostitutes, fornicators, spies, tribalists, shady "deal brokers", yaani taka taka zoooote unaweza imagine. Kenya is filthy, wash your hands before you touch the innocent.

I hear the Akashas gave names of those whose palms they greased to be able to do their dirty biz in Kenya...among them were those in the judicial system... could Muchelule have been one of them?

Negative. Absolutely not. They tried every means to transfer then Magistrate Muchelule from Mombasa when that Akasha case began. It made Justice Muchelule go head to head with the "powers that be" at that time and it even delayed the process of his promotion to being a judge. Justice Muchelule may have his shortcomings in his personal life that have nothing to do with his work and corruption is far from it. If he would've been involved in corruption, I would be the first one to call him out. Think about it, so many corrupt prosecutors, magistrates and judges in Kenya heavily involved in corruption are untouchable. They will only go after one who doesn't reason and act like they do.

Some of these judges do not qualify to be members of the judiciary. Muchelule will be speaking above his voice to hide whatever something that caused his arrest. He wants to tell his office was being searched for no reason whatsoever! I tend to differ!

The smoke here will eventually produce a smoldering fire. 3/4 of the judiciary is known to be corrupt. The judiary is known to be one arm of the government which condones corruption through internal bribery by the corrupt. Justice delivery has became a commercial item for sale; hence the term “court mbandia”.

The judiciary has become part and parcel of the corruption cartels which exist in Kenya. This arm of the government must be thoroughly cleaned up for the people to have enduring faith in it.

Corruption is a big problem in Kenya, if the judges have been compromised, let them face the law like any other Kenyan. I did not support the Courts decision to support drop the DCJ cases, but does not support the current orders stopping the investigations. Even Gachagua has been arrested, and all we want is conclusion of these cases without delay. Halting investigations means the judges and honorable members are above the law.

BTW, this thing of recording statements with DCI need to stop. There is something in the constitution about protection from self incrimination. An accused person should not be detained for the sore purpose of recording a statement. DCI need to improve in their procedures, that will not require inputs from the suspect. The suspect is always assumed to be innocent.

Those rejected by President Kenyatta over integrity concerns should step up and sue for defamation of their character if indeed they are innocent!

JOMO kenyatta started the corruption,
MOI perfected it.
UHURU, RUTO and RAILA were the best students MOI had.

When I said MOI PERFECTED CORRUPTION..
I STILL HOLD THIS TRUE.
I HAVE TRAVELED THE WORLD....
BESIDES SOUTH AMERICA...KENYA RANKS TOP..
WITH MONEY YOU CAN GET OFF WITH MURDER.
Anyone who follows our comments will know exactly what we are talking about..

Despite the story here, the best way to hinder corruption at the highest level in Judiciary is for High court Judges go to a mandatory 6 months jail time at Kamiti maximum as part of reality training. In case of below average evaluation should go back in prison for 3 month corrections as well.