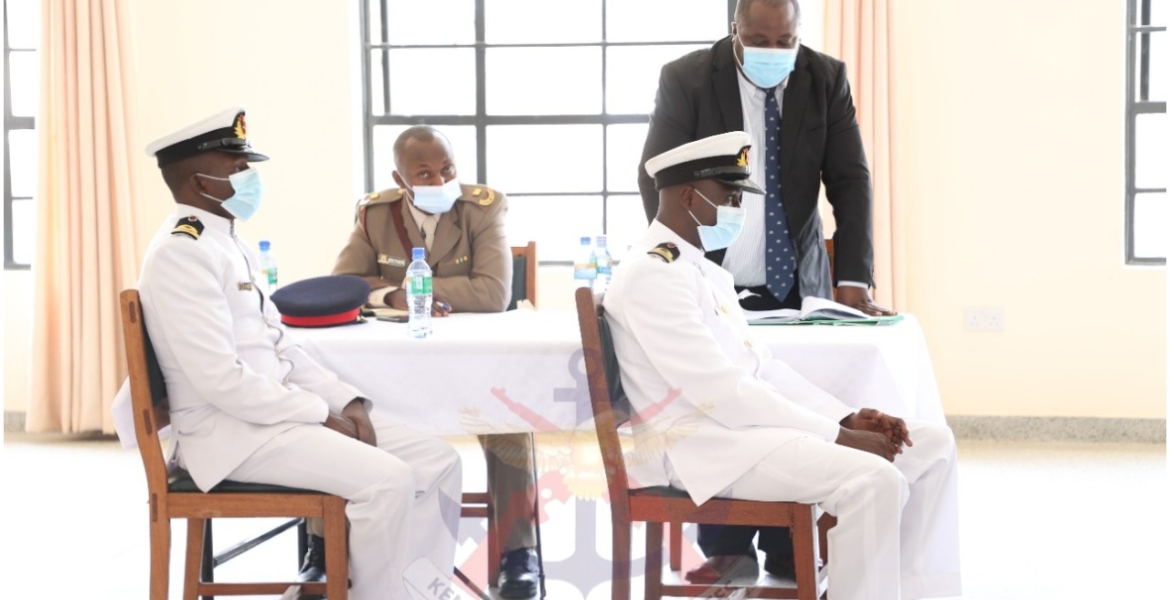 A Kenya Defense Forces (KDF) captain was on Wednesday arraigned in a court-martial at Lang’ata Barracks over recruitment malpractices.

The charge sheet reads that Captain Mutai obtained Sh90,000 from one Mahamed Shambaro on February 9th, 2021, with the promise of influencing the recruitment of Abdulaziz Barisa Shambaro at Garsen recruiting center, Tana River County. At the time Mutai was deployed as an administrative officer at the recruitment centre.

In the second count, he is alleged to have obtained Sh210,000 from Sgt. Mwanaisha Abdalla in Marafa, Kilifi County, under the guise of assisting Suleiman Hare Kaginya's recruitment into the military.

The accused pleaded not guilty to the charges and his case was adjourned until January 25th, 2022.

So, we're finally confronting the corruption monster!! Wow bwana Kenyarra..It is not too late. You see how the prisoner escape resolution worked out so well. That should be the beginning of the long journey to fight graft, among the other evils that have been let loose since about 9 years ago, now.

Electing Samoei as the next president of Kenya will be a sign to promote corruption. Why? This man has continuously bribed crooked church leaders and allowed to get away with it. He should be arrested anytime that he gives away money in return to expecting potential votes from the bribed people.

What about the rest?
They need to release the 23 year old for trying to bribe.
This is the order of the day in KENYA.
Millions are made during these Recruitment exercises.