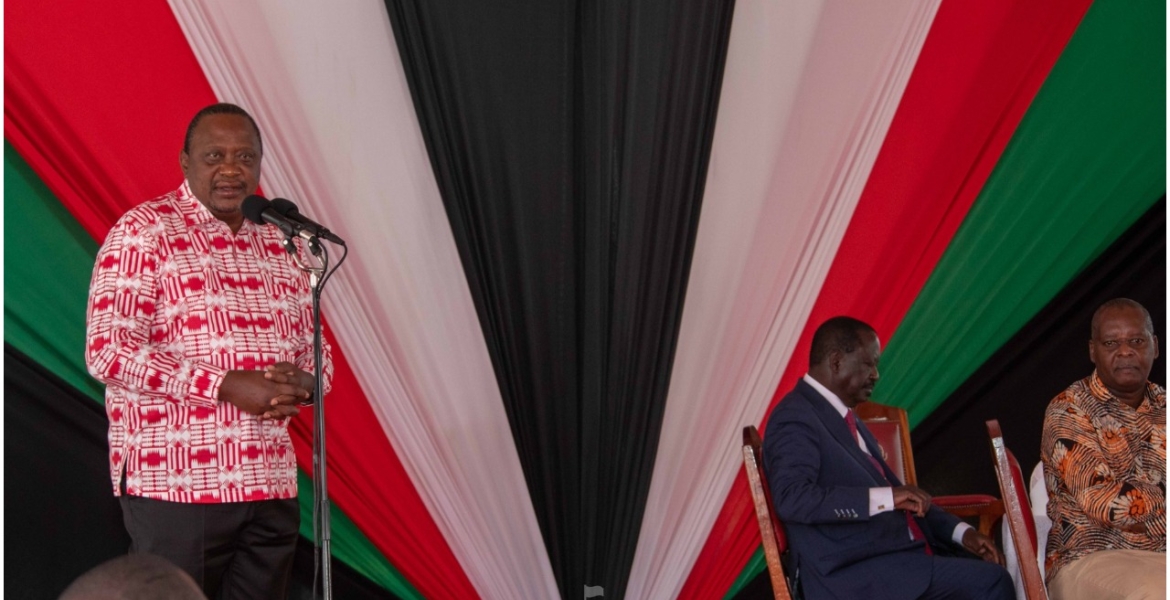 President Kenyatta has commended members of the National Assembly for passing crucial bills, including the contentious Political Parties (Amendment) Bill that was fiercely opposed by MPs allied to Deputy President William Ruto.

Kenyatta says the new pieces of legislation are key to improving governance and delivery of services to Kenyans.

"The passage of the anti-money laundering bill, for example, will ensure that we are able to continue being part of the international financial system, and to have a respected banking system that can only help improve and mature our economy,” said Uhuru.

The president noted that the passage of the National Hospital Insurance Fund Bill will enable the government to fulfill its universal health coverage pledge while the Political Parties (Amendment) Bill will improve the country’s governance system.

The president regretted that some leaders demonized and voted against the political parties bill for short-term political gain and urged the Senate to emulate the National Assembly and pass the amendment and other laws.

Kenyatta spoke at State House, Nairobi on Thursday during a new year luncheon hosted for Members of Parliament.

At the same time, Uhuru urged political leaders to conduct peaceful campaigns ahead of the forthcoming general elections.

RUTO KING OF CORRUPTION THINKS WILL BE EASY TO GOVERN EDUCATED PEOPLE..

Ruto is not the only one who is corrupt, virtually all of them are thieves with no ethics or morals. I am not a supporter of Ruto but at least he shares some of his looted money.

@Rotten, exactly. The Moi era is gone and gone for ever. He is using the 1990s tactics to win in 2022. How absurd is that? Come August, most of like minds will go home.

Did you know that Uhuru is using our time and money to further reward these mps after bribing them?
What’s is for me in that parties thing. All along with BBI, parties , handshake is all about personalities in power and nothing to do with the common mwananchi.

Just say you bribed them fool. That’s what Kenya is best know for all over the world….being very very corrupt

What is the Political parties bill?

Ask @Rotten/Decay.It has nothing to do with you,taxpayer although your billions bribed MPigs to pass it.