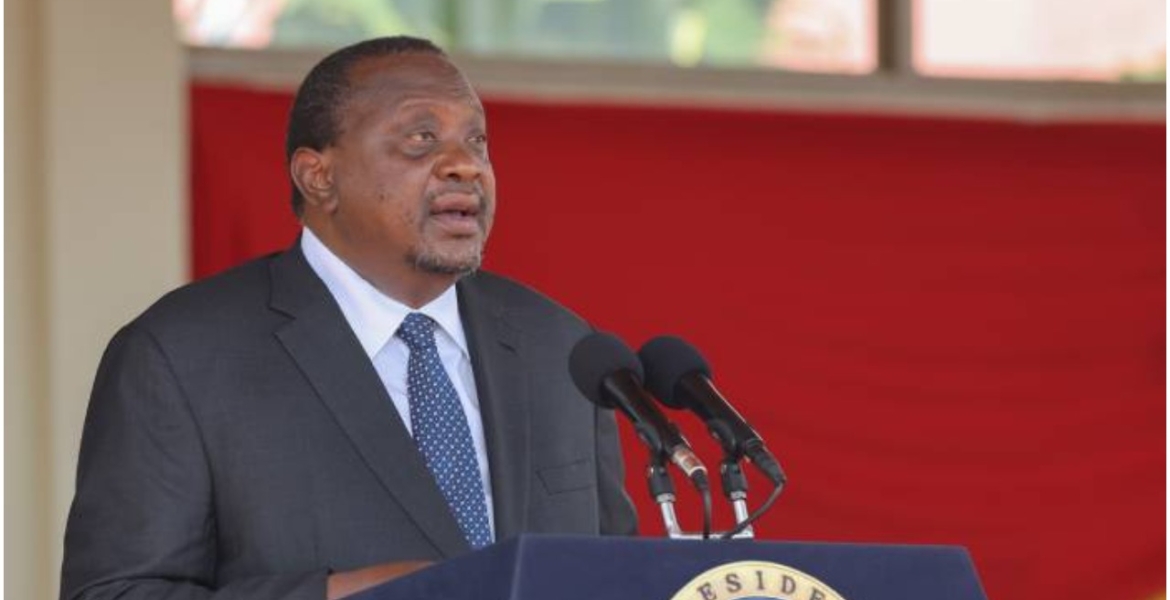 President Kenyatta has announced a ban on the export, purchase, and sale of scrap metals to curb the rising cases of vandalism on critical infrastructure.

Speaking on Thursday during the passing out parade of 300 cadets at the National Police Service College in Kiganjo, Kenyatta said the ban will remain in effect until proper guidelines are put in place to regulate the lucrative sector.

“As of today we will no longer allow and we have a moratorium on the export or buying and selling of any scrap material until we have put in place proper guidelines that will ensure that the material is not coming from the hard material investments the people of Kenya have made,” said Kenyatta.

The president warned that anyone found vandalizing critical development infrastructure will be charged with treason.

Kenyatta spoke a day after a Kiambu court ordered the detention of nine Kenya Power managers for nine days to allow investigations into their alleged involvement in last week’s nationwide blackout. They are accused of failing to act on a tip-off highlighting the destruction and vandalism of power lines, leading to power outages.

Police reports indicate that parts of the destroyed power transmission lines were sold as scrap metal by the perpetrators.

This is long overdue. Consequently we should do the same with those thieving public funds like one Sugoi resident.

Mumbi seraki ,who is Uhuru Kenyatta spiritual advisor said in one of her videos that Electricity in Kenya needs to be shutdown because Electricity is evil and for Babylon.

The next day there was a National blackout.

How do you blame scrap dealers and not Uhuru Kenyatta who is following the advise of his spiritual advisor.

You can watch it on her videos on YouTube.

CIC Muigai should have ordered his mukono guys,police to shoot & kill the worst known economic sabotagers and life destroyers-drug lords and methanol dealers.But it is well known the drug demons sponsor both JUBILEE and ODM.It is also known that muuaji Raila(who is ABOVE THE LAW) sells methanol to Mt.Kenya youths since the days of expired muuaji Moi.

Uhuru Kenyatta is the economic saboteur.