Raila Listed Among 100 Most Notable Alumni of Leipzig University 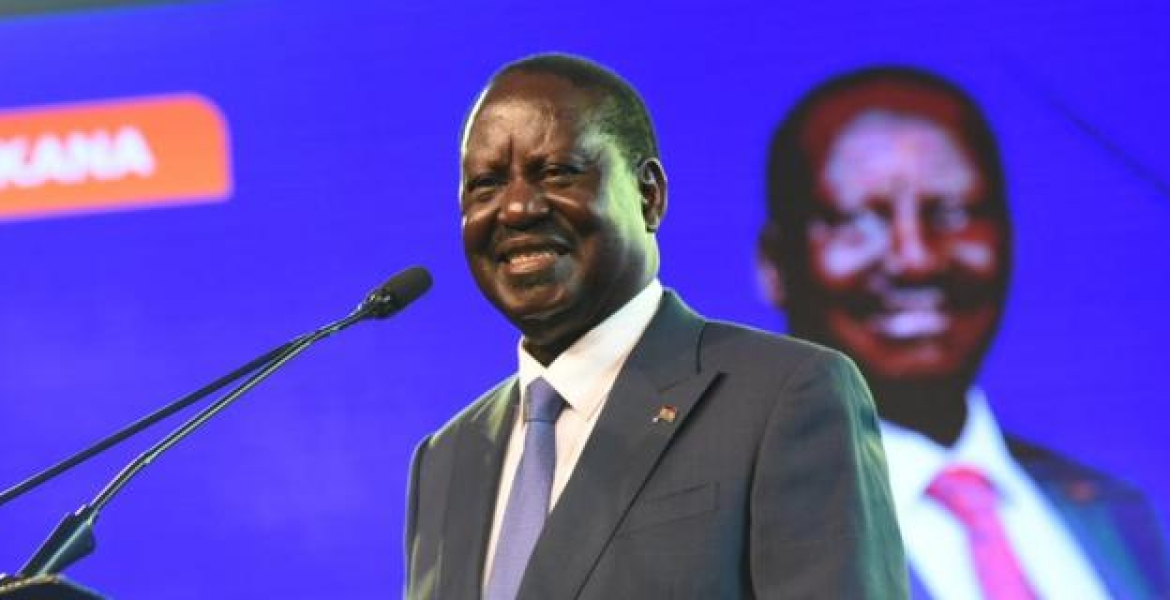 Amid questions about his academic qualifications, it has emerged that Azimio La Umoja-One Kenya coalition party presidential candidate Raila Odinga’s name is listed among the 100 most notable alumni of the University of Leipzig in Germany.

Nation reported that Raila’s name is on the list of renowned individuals alongside immediate former chancellor of Germany Angela Markell and philosopher Fredric Nietzsche.

The university’s biography described Odinga, 77, as a university teacher, a businessperson, and a politician who previously served as Kenya’s Prime, leader of opposition in Kenya, as well as Minister for Energy, Roads, Public Works, and Housing.

“Odinga was appointed High Representative for Infrastructure Development at the African Union Commission in 2018,” the biography reads.

The deputy president challenged Odinga, who is giving his fifth stab at the presidency, to make public his academic papers and show Kenyans some of the people he schooled with.

"Where did he school, what, with who, who taught him? You cannot answer all that yet you are telling us he has a degree," Ruto posed.

Raila’s biography on his website indicates that he went to Kisumu Union Primary School, Maranda Primary and Maranda High School where he stayed until 1962. He spent the next two years at the Herder Institute, a part of the philological faculty at the University of Leipzig in East Germany.

He then received a scholarship that in 1965 sent him to the Technical School, Magdeburg (now a part of Otto-von-Guericke University Magdeburg) in the GDR. In 1970, he graduated with a Master’s of Science in Mechanical Engineering.

Congratulations RAO for your academic and other achievements!

What Raila has done here showing some provable record is exactly what Sakaja should have done long time ago to stop the noise. Apparently Sakaja does not have a degree record to show.

So now Ruto is comparing his fello thiefe Sakaja to Raila's achievements? This Sugoi thief does have a nerve,

Deep State working too hard to explain a simple issue. Did he or did he not graduate? It's the stupid laws by stupid MPs. RAO is before there was UON, why should the parliament set such requirements on him, and other aspirants who went to school in the 60's?

Ruto must be a man of great feat. While helping run a country, he also managed to grow his business ten fold, work on his PhD, campaign and attend church every Sunday. You name me another vice president in the entire world who has or could do the same.Oh what man.

This is a massive PR campaign, but we really need IEBC to directly address the public concerns. Is Raila a graduate of any University? If yes, which University, which year? Unless IEBC can address those two simple issues, everything else remains suspect.

The question is not whether he became Prime Minister, the question is on his having a degree.
Sakanja is a Senator. Many of us became what we are but don't have degrees.
Let Raila show us his degree.