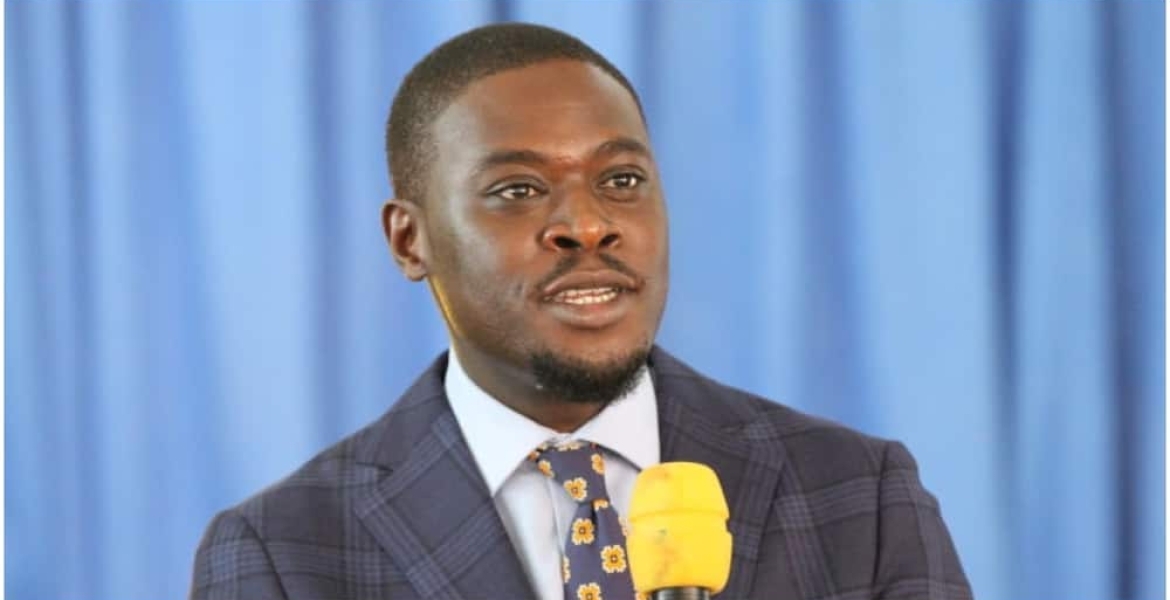 Nairobi Senator Johnson Sakaja has been cleared to run for the Nairobi gubernatorial seat in the August 9th general elections.

This comes after the Independent Electoral and Boundaries Commission (IEBC) Disputes Resolution Committee on Sunday dismissed a complaint seeking to have him disqualified from the city governorship race over questionable academic credentials.

While dismissing the case lodged by Dennis Gakuu, the committee ruled that it lacks jurisdiction to determine the validity of Sakaja's degree certificate.

" This committee lacks the jurisdiction to investigate the authenticity of the degree of Sakaja. We, therefore, dismiss the complaint," the tribunal ruled.

"The IEBC lacks tools to investigate and undertake inquiries into the validity and legitimacy of academic certificates and credentials supplied to it by various political candidates but merely acts in trust on the face value of the documents.”

In his petition, Gakuu argued that Sakaja's Bachelor of Science in Management degree from Team University in Uganda is not genuine as he never graduated from the institution in 2016 as he claims.

"Sakaja cannot be cleared to view based on a forged degree certificate and is therefore liable for criminal Prosecution for forgery and fraudulent misrepresentation," Gakuu submitted.

Gakuu added that only six students graduated with a Bachelor's degree in science in management on October 21st, 2016, and Sakaja was not among the graduands.

IEBC’s Chebukati is setting Kenyans for a big failure. Won’t Chebukati have waited until Sakaja presents all the required academic credentials on Monday and then clear him to run? What’s the rush?

Never trust Bald-heads aka Vipara-Ngoto like Chebukati. Tamaa ya Kila kitu (including Hongo) is their Hobbish behavior. And they Don't Care even for a Minute.

He may be allowed to run to be a governor but all Kenyan knows he's a cheater.

Really! You take the documents presented to you on trust and face value? You're saying that Sakaja may not have met the constitutional requirements to run for Nairobi governor but you don't care. How then will you be able to protect the integrity of the vote? Will you take the votes cast on face value whether they are fake or not? Kenyans are not stupid! You are doing this dancing around to safe Raila with his fake degree certificate. You have taken this route to protect Raila. You want to tell Kenyans that you don't know whether Raila's degree certificate is fake or not because you lack jurisdiction yet the mandate to clear candidates is bestowed on you by our constitution. Hiding behind a bunch of words is a dereliction of your constitutional responsibility and abuse of our constitution. IEBC must be sued for corruption and failing to do its job. If these people (IEBC) don't know what they are doing, and admit as such, then we shall have bloodshed in our country immediately after the elections. God help us all.

IEBC has become a center of contradictions and conflicts. Wafuka Chebukati is not qualified to run the IEBC with integrity. He is too tainted in many ways to deal with those presenting fake documents for consideration to run for political offices. I would urge Chebukati to step down and let a qualified agent manage the affairs of then IEBC.

Nairobi will now be stuck with a conman as a governor should Sakaja win. All facts take the direction that Sakaja never went to University any where in this world.

It is quite a shame that Kenyans have to be treated to this kind of fake drama by a politician who knows he is lying to the same people he wants to lead.

Unfortunately Kenyan voters are a mirror reflection of the conmen they vote into office. So we should blame the voters who allow Sakaja to lie to them on a broad day light.

Bribe was huge to clear this one

Thats kenya for you. Now you all master forgers, make money for those barred from running due to lack of a degree certificate. Just print any and present, VOILA!!!!! Talk about precedence and cite Gakuu vs Sakaja & IEBC

What a mess. In the end,it may end up being wiser to just let the people/voters make the decision. Rather than having the choice be made by a beaurucrat. The voters are wise enough to settle this dispute at the ballot box. It is not good for the stability of the country,especially this late in the game , for the IEBC to be removing KEY political players in the name of questionable degrees.

@Kim, exactly. You said it well.

Sakaja is the new governor. Only in Kenya where degrees are asked for political office. The effect has been led to fraud in higher education, unintended consequence.

In order to mute all the genuine inquiries over Raila’s academic credentials which is in question, IEBC has decided to end the Sakaja and Ndetii”s debacle. That’s thing one. How could same IEBC have cleared these same candidates in the previous elections bearing in mind that these academic requirements were the ssme?
I think this is an attempt to protect Raila from his insistent academic shortfall.

Truth is tough to swallow. This is like hearing a parent say there's nothing further they can do to help or see them cry from desperation. We all knew the truth, IEBC is a toothless denture.

This has got nothing to do with Raila this matako juu followers need to stick to their lane. This is not the first time that Raila is running if there were any anomalies with his degree certificates they would have been discovered a long time ago.He has crossed bigger bridges .Chebukati can kula the hongo but Nairobi is not for the faint of heart wenye Nairobi have plenty other tricks they already have a puppet and will not give up