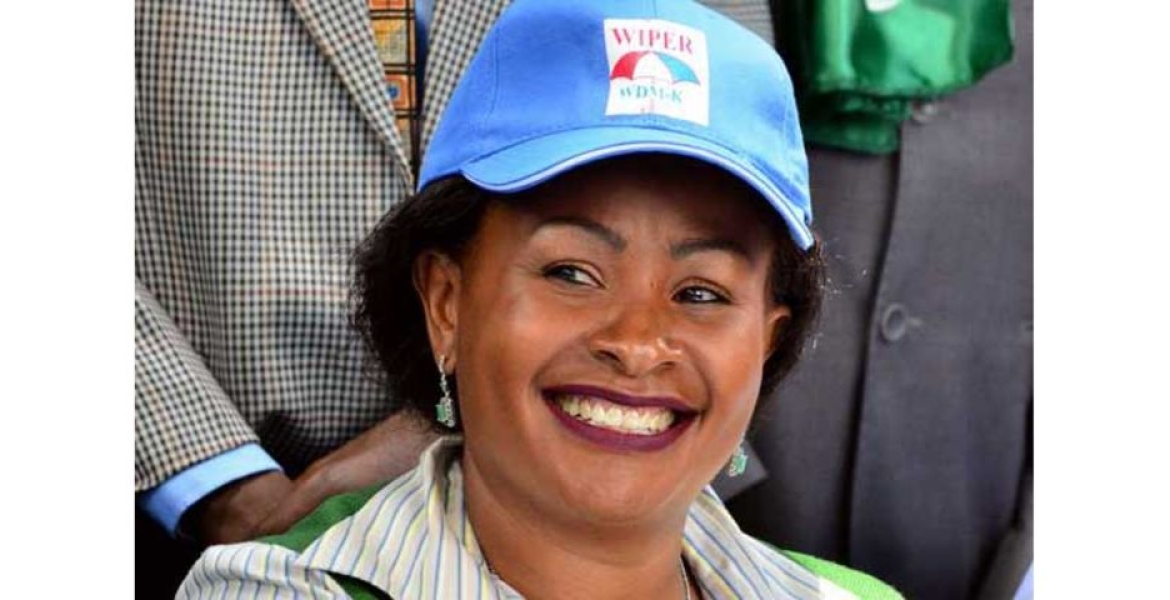 Wavinya Ndeti can breathe a sigh of relief after the IEBC Dispute Resolution Committee dismissed a case seeking to block her from contesting for the Machakos governor seat over questionable academic qualifications.

The tribunal on Sunday threw out a complaint filed by Gideon Ngewa and Kisilu Mutisya, who claimed that Ndeti does not hold a degree recognized in Kenya, saying that it lacks jurisdiction to hear and determine the subject raised by the two voters.

“The returning officer discharged his mandate in accordance with the law. The complaint lacks merit. This is our final orders; that the complaint be and is hereby dismissed with no orders,” the tribunal ruled.

Addressing journalists after the ruling, Ndeti accused her political nemesis of filing cases in a bid to waste her time and stop her from campaigning.

“I thank God, these people just wanted my time. I thank God I did not waste my time. I still continued campaigning on the ground. My father did not sell a cow to take a cow to school, I went to school, they should know that. Let them look for something else,” said Ndeti.

The ruling comes a day after Inspector-General of Police Hilary Mutyambai directed the Directorate of Criminal Investigations (DCI) to launch investigations to ascertain the authenticity of Wavinya’s academic credentials and those of his Nairobi senator Johnson Sakaja.

"Owing to the constitutional and legal mandate bestowed upon it, the NPS has commenced criminal investigations into the genuineness of the certificates presented for clearance to the IEBC by two political aspirants namely Hon Johnson Sakaja and Hon Wavinya Ndeti and determine if any offense has been committed," the National Police Service said in a statement on Saturday.

Wavinya, who is eyeing the seat on a Wiper ticket, holds a Bachelor’s in Computing Studies degree from South Bank University London and a Master’s degree in Business Systems Analysis and Design from the City University, London.

Wavinya Ndeti just betrayed herself by saying ‘how she got a Master’s degree before she got the undergrauate’!

She is literally calling Kenyans “Ngombe” by lying about the University education process because a bachelor’s degree from an accredited institution of learning is a must prerequisite to the admission process to graduate school to study for a Master’s.

How do you climb the academic tree from top (master’s level) before you take the foundational bachelor’s degree course load??

Wavinya should have kept her mouth shut instead of lying to the kamba people. Kenyans are not “Ngombe” Wavinya Ndeti.

MP Babu Owino has demonstrated his academic prowess by teaching Physics, Chemistry and Mathematics on the Internet.

Can Wavinya Ndeti teach a few computer science lessons on line to prove her teaching skills and the understanding of the subject matter? Can she disassemble and assemble a laptop?

Warid: Did you ask whether Wavinya can disassemble and assemble a laptop? Well, I don't know about laptops but rumor has it in Ukambani that she has shown unrivalled skills in disassembling other politicians' marriages.