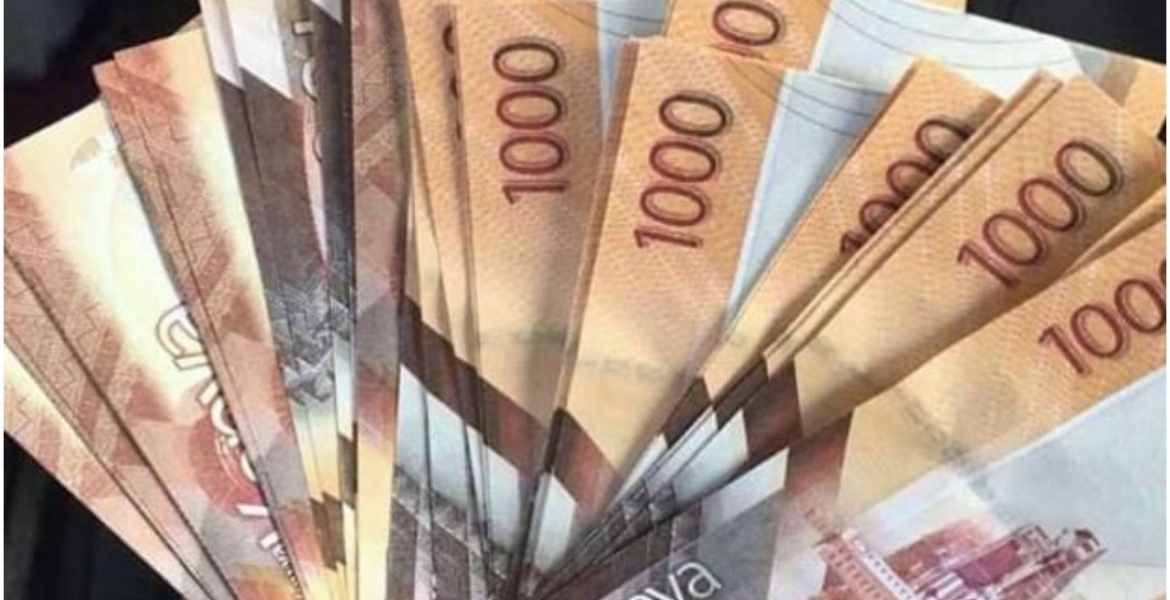 Police in Nairobi are searching for a househelp who fled after stealing Sh4 million and other valuables from her employer Nelson Gaichuhie, the Chief Administrative Secretary (CAS) in the National Treasury.

The 45-year-old housemaid identified as Miriam Mwelu Muinde stole the money and jewelry worth over Sh500,000 from Gaichuhie’s house in Karen, Nairobi.

Gaichuhie’s wife Charity Waithira Mungai found the money and jewelry missing when she returned home from work on Wednesday, according to a police report.

“It was reported by Charity Waithira Mungai that upon return from work at around 1500 hrs she found the house girl missing, and upon checking in the house, she realised that her jewellery worth about 500,000/- and cash Ksh.4 million which had been placed on top of their wardrobe by her husband one Nelson Ributhi Gaichuhie, missing as well,” reads the report.

The suspect, who had been left in the house alone, reportedly switched off her phone and her Safaricom line signal was last captured in Ongata Rongai area before going off at around 10:00 am on Wednesday.

The incident comes barely a month after another house help named Shelmith Kiprono was arrested and charged for allegedly stealing Sh104 Million from her employer in Langa’ta, Nairobi.

On Wednesday, Violet Mukari Makotsi was charged with stealing Sh600,000 in foreign currencies from her employer Assad Ahmed Hassan’s house in Parklands, Nairobi. The housemaid is accused of stealing USD$2,500, UAE Dirham 2,500, and 200 Sterling Pounds on May 30th.

Why are these rich idiots keeping such large amount of cash in their houses? Ama, ni corruption cash?

Employee and employer should have a case to answer.

I am not blaming the victim here, but do we folks not have commonsense? If you must keep such huge sums of money at home, hey buy a SAFE! A safe costs pennies and comes in different sizes. Buy a built in metal concrete double secured with multi opening/entry codes and you are set! Just don’t make it easy for the sticky handed. Use your brains and in all cases your BANKS!!! They are all locally insured to a limit.

Can the cops first ask the Cas to explain why he has that much cash hidden in his wardrobe?

Leave your money at the bank, where it is insured. Now they're occupying the cops with damn investigation for their carelessness in cash handling? Bure kabisa.

All this cash floating around really a whole CAS has several bank accounts and even herdsmen are now using MPESA.It deserves to be stolen most people cannot afford food or the gas or cooking oil required to cook the food yet others are hiding millions in cash and walk around with it like it is pocket money Did they stop making safes in Kenya

CAS's word against househelp's....or v-versa.... How can we confirm how much money was there....if at all any? That's why I agree it deserves to be stolen.. You avoid trails, sticky fingers get you. Help atokezee asema cas anadanganya.....ilikua 100k pekee...

Good for her. Hope she’s safe wherever she is. I blame the CAS and his wife on this theft. Anyway if I was her I would distribute that cash around, people are sleeping hungry with how the economy is right now. Stop wasting police time on an individual’s carelessness.

Is it just me or what happened to common sense??
What happened to the KENYAN shilling??
Back in the days, it was even stronger than the British pound.

It's probably bribe cash,no brainer here. Small wonder they chose to hide it in the closet. Lady, use the cash wisely and quickly so there will be none left when they finally catch you.