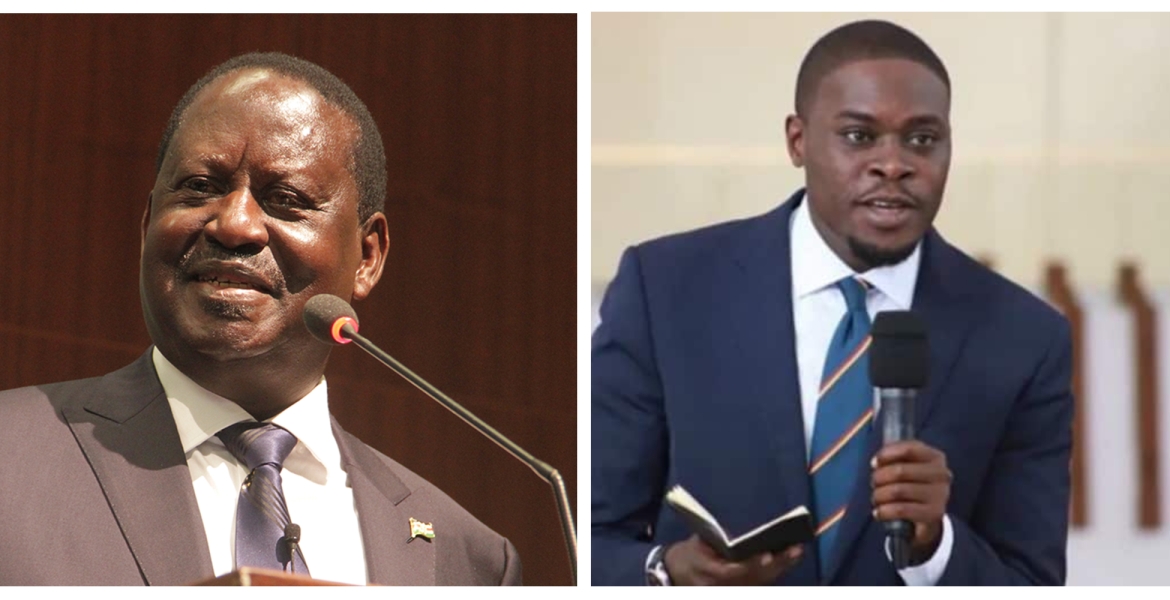 A new poll by Trends and Insights for Africa (TIFA) has placed Raila Odinga as the most popular presidential candidate in Nairobi County which has 2.41 million registered voters.

The study shows the Azimio La Umoja-One Kenya coalition party presidential flagbearer would garner 52 percent of the votes in the city county ahead of his main competitor William Ruto of UDA who polled at 34 percent.

Similarly, TIFA found that Azimio La Umoja-One Kenya is the most preferred coalition at 50 percent ahead of Ruto-led Kenya Kwanza Alliance at 28 percent.

In the Nairobi gubernatorial race, UDA’s Johnson Sakaja still enjoys the biggest support with a rating of 53 percent, up from 23 percent and 40 percent in the months of May and June respectively.

Polycarp Igathe of the Jubilee Party which is part of the Azimio coalition ranked second with an approval rating of 36 percent as compared to 15 percent in May and 32 percent in June.

Edwin Sifuna of the Orange Democratic Movement (ODM) has the highest approval rating of 47 percent in the Senatorial race ahead of UDA’s Margaret Wanjiru who emerged second with a popularity rate of 19 percent.

On the other hand, ODM’s Esther Passaris is the most preferred candidate in the Nairobi Woman Representative contest with 44 percent while her competitor Millicent Omanga of UDA is second at 28 percent.

TIFA says a total of 520 registered voters across the 17 constituencies in Nairobi were interviewed through telephonic interviews.

Polling was conducted near the Nairobi show grounds hence skewedness towards some favorites as always. Same happened in 2017 and 2012 via Rasmussen

Shame on you @halisi. Every body is not a thief like Ruto and yourself. You are known for your conmanship all over the world. That is what got you deported from USA. What do you have to say about that? Your credibility is shot.

Sakaja is just a well spoken Mike Sonko.
Nairobi has a big problem.

Sakaja will be impeached as a governor. Evan Sonko was a bit better.

Why fake poll 5 days before real elections. These polls know their preferred candidate in Kenya's elections so they are preparing a recipe for NUSU MKATE and a recipe for violence when their candidate looses.
This time we are moving towards peace in Kenya.
The God of Kenya is still on the throne. It is God's people and their prayers verses the enemies of Kenya from within and without.
This time, the God of Kenya is about to sought this mess.
The darkest hour of the night, is just before dawn.
Let the best man win!!

Wsr is a thief and a murderer - Yebei, Juma, Kenei, babies of Kuambaa and their mothers, etc. Ruto cant be the best man to win. His DP Rigathi is a convicted criminal. What direction can these two crooks take Kenya? Down into the pits of hell…

Hahahaha, Nairobi has a proven businessman as well as an academic, they wanna vote for another SONKO that’s a better con?! I’ll believe it when I see it. Mr fake degree will surprise me if he wins. Watu wa Nairobi ni wajinga kweli, this dude shouldn’t be polling this high.

Igathe for Nairobi. We do not need liars for governor.