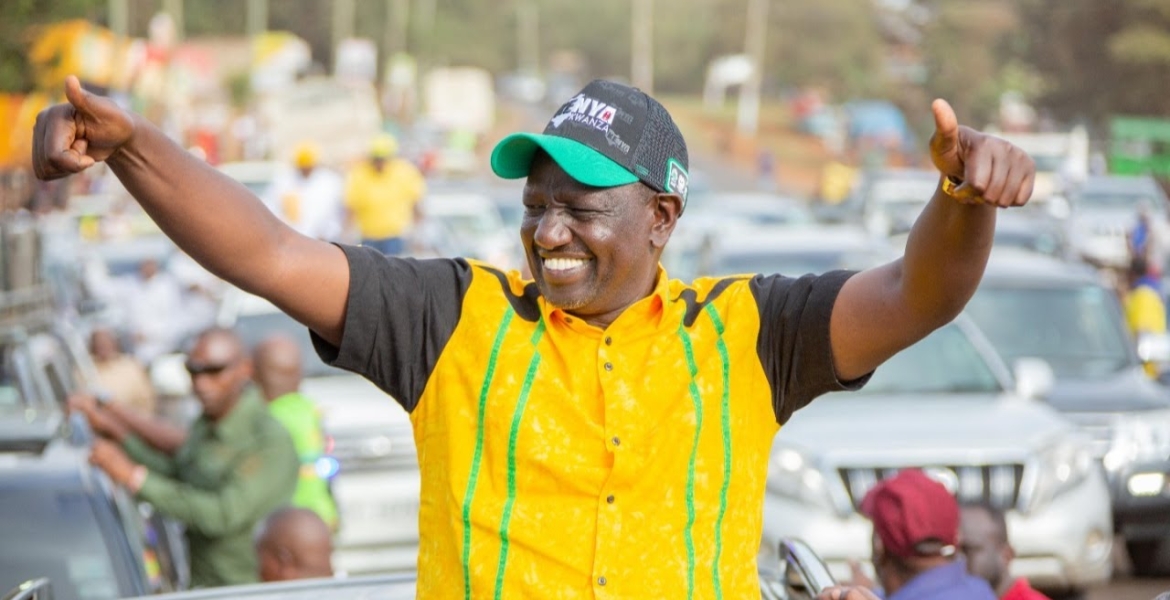 Deputy President William Ruto has obtained a court order allowing him to hold his final campaign rally at Nyayo National Stadium in Nairobi on August 6th.

“...an interim order is granted suspending the implementation by the defendant/rspondent by itself, its servants, employees, agents, successors, assignees or anyone acting or claiming through or under the defendant/respondent of the decision contained in the letter dated July 20, 2022 withdrawing the availability of the suit premises to the applicant on July 6, 2022 pending the interpartes hearing of the aforesaid motion,” the order reads in part.

UDA moved to court after the Ministry of Sports denied the party a permit to hold their rally at Nyayo Stadium due to a peace event scheduled for the same date.

"We regret to inform you that due to peace concerts scheduled to take place at both Moi International Sports Centre-Kasarani and Nyayo National Stadium between 5th to 7th, the facility will not be available for your use," read a letter signed by Pius Metto, the Sports Kenya Director General.

UDA protested the move, stating that the Kenya Kwanza Alliance booked the premises on July 12th and had already paid a hire fee of Sh1.508 million.

Last month, both Azimio La Umoja-One Kenya coalition which is headed by Raila Odinga and Ruto’s Kenya Kwanza Alliance were embroiled in a push and pull, with both camps claiming to have booked the 45,000-capacity stadium for their last rally.

Azimio has since resolved to shift its final meeting ahead of the August 9th elections to 60,000-capacity Moi International Sports Centre, Kasarani.

Hard to understand this Kenyan mentality. Sports Kenya accept a booking fee of Shs 1.508 million, then just provide a casual letter to deny the permit. Now, we have to involve the courts with issues that Sports Kenya would have easily resolved. Somehow, this need to end in Kenya, Pius Metto should resign or retire and let someone who understand customer service and responsibility take over.

The venue at this point does not matter most voters have already made up their minds they will come for the free goodies and vote for their candidate of choice .