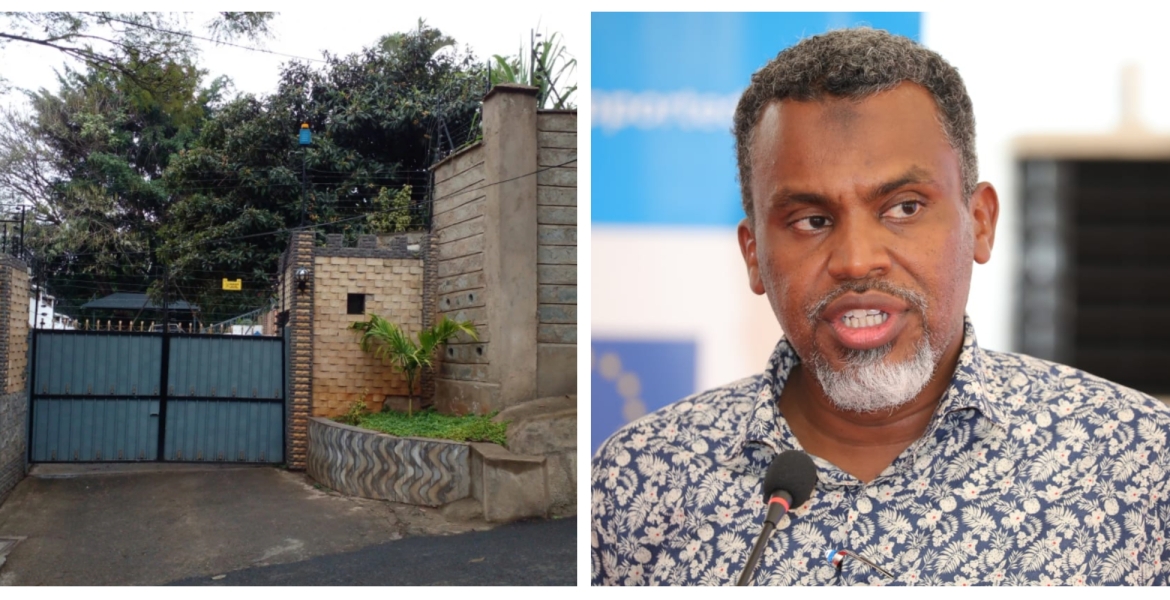 Police in Nairobi have launched a search for robbers who broke into the home of the Director of Public Prosecutions (DPP) Noordin Haji on Thursday night and stole some valuables.

The unknown assailants are said to have gained entry into the residence through the main gate and made their way to the main house where they stole two Apple laptops, a 75-inch Samsung TV, a Sony PlayStation 4, assorted shoes, and two bags, according to a police report.

Those who were in the house including Haji’s children and two house helps identified as Yoseph Mutindi and Sidi Safari did not get wind of the situation. Haji was not in the house located in Riverside, Nairobi at the time of the incident.

Reports indicate that Stephen Mutua was the sole police officer on sentry duty at the premises during the robbery.

Police have since processed and documented the scene pending further investigations by detectives from the Directorate of Criminal Investigations (DCI).

HAHAHAHA, pole mkenya. Good job wakora. now this is what the regular kenyans go through every day

This is an inside job.
There was a police officer on sight and didn't see a 75 inch TV being loaded in a Van or truck, because it can't fit in a regular car.

This is an inside job.
There was a police officer on sight and didn't see a 75 inch TV being loaded in a Van or truck, because it can't fit in a regular car.

These inside jobs are happening with alarming frequency.Well, I guess its too risky nowadays to hire a"cheap guard" to guard your million shillings items ,while you pay him less than the TV he helped you carry into the house.

The Azimio robbers they are called. Well this is premise that is guarded 24/7 by police. Police were used to invade the DPP residence ostensibly to get what he is preparing or what he knows about the azimio government corruption.

You got proof? How do you know it's not something cooked up by your demonstrably corrupt and murderous idol? Based on past history, I'd think he cooked this up for sympathy votes.

Ruto is the only thief kenyans have to worry about. I thought you had died @asista?

Was busy with much more important things than to respond to unfounded shenanigans.
May your wish hit you soonest. I will help rest you where you belong.