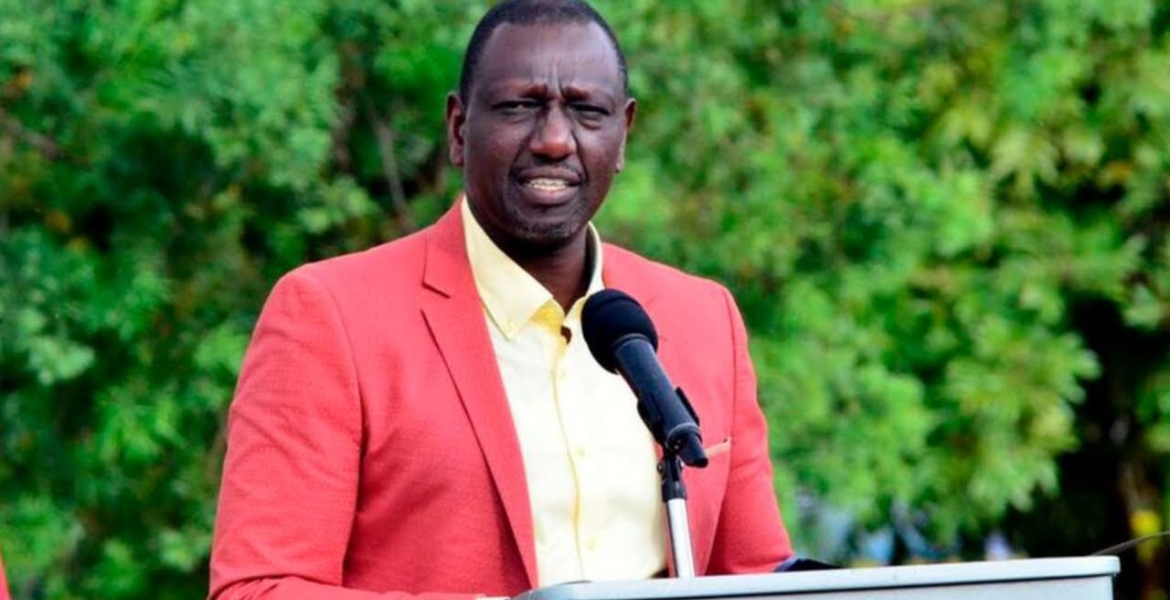 Deputy President William Ruto has written to Independent Electoral and Boundaries Commission (IEBC) alleging a plot by the government to interfere with next week’s elections.

Through his national chief agent Senator Kithure Kindiki, Ruto claims that the government plans to suppress voter turnout in his Rift Valley and Mt. Kenya strongholds as part of the scheme to influence the outcome of the election in favor of his competitor.

Ruto, who is eyeing the presidency on a UDA party ticket, accused the government of using chiefs, bribing voters and engaging in smear media campaigns to clip his vote potential in areas perceived to be his strongholds.

“The State is threatening and blackmailing chiefs and county commissioners with the loss of their jobs if they do not become operatives for Azimio la Umoja-One Kenya Coalition Party,” Kindiki says in a letter to IEBC Chairman Wafula Chebukati.

Kindiki cited a manipulated video of Ruto speaking at a campaign rally in Eldoret, Uasin Gishu County which was shared by Mombasa Governor Ali Joho and Suna East MP Junet Mohamed, saying it was part of the efforts to discredit the deputy president’s character.

“Two radio stations (names withheld) are spreading inciting propaganda on their vernacular programmes. Their narratives are focused on violence and conflict and must cease and desist,” Kindiki added.

He further alleged that government agents are buying ID cards in Ruto’s strongholds to make it impossible for them to cast their ballot on August 9th.

The letter was copied to heads of diplomatic missions, the director of public prosecutions, the chairperson of the Public Service Commission and heads of local and international elections observer groups.

This stupid man! Where is the evidence you freaking dummy? You had paid the Venezuelans rig for your ass but now you are shedding crocodile tears lying like a sissy dog. Kweli Shetani uko na wengi hapa nduniani.

Kindiki used to be an intelligent man but now he is being used to Ruto to lie. These folks do not deserve to be Kenyans.

What happened to Ruto over confidence before the Venezuelans were caught trying to rig on Ruto’s behave? Sasa huyu cry baby anaweza kazi ya rais of Jamhuri ya Kenya. Cry us a river dummy wsr!

Ruto we will not fight or destroy Kenya on your behalf. You can have Racheal, Nick, Charlene and your chicken go fight for you. No more blood to be shed Ruto. You have shed enough Kenyans blood. Just wait your turn to the ICC. Kubafu wewe.

Ruto thinks all those he has copied the complaint letter are stupid. Those are people who know your con games very well. You can copy your junk to Satan but he will not help you. We all know you are soon heading to the icc to answer to you crimes. You wish you could net others in your trouble ruto. Stop your nonsense our country is not for sale.

The problem William Ruto has is, he has a well documented history of lying.

He needs to produce verifiable evidence to support his claims.

Ruto got no evidence. As a matter of facts Ruto us lying as he always does. No one can believe Ruto. Hebis just whining since he has lost the elections.

Now people have no IDs. How they going to vote? Election was over last week

What about Gedion Moi? Where was he?

Playing the Trump card.
Allege everything and anything. Deny all court findings and even after two years, still claims stolen elections.
Ruto is setting the table for another Trump theater of the absurd.
Fool.

You right. The guy is true Donald Trump copy. He shamelessly lie just like Trump.

This is the biggest conman in Kenya. If anyone vote for him they need a medical checkup before and after voting. Con games by the true conman. He will steal your money, your land and even burn your houses while your mother and your children are in it. Think about that for a second. A conman in disguise. You have not seen the devil yet!!!! until??????? God have mercy on those poor souls who will be manipulated by the conman.