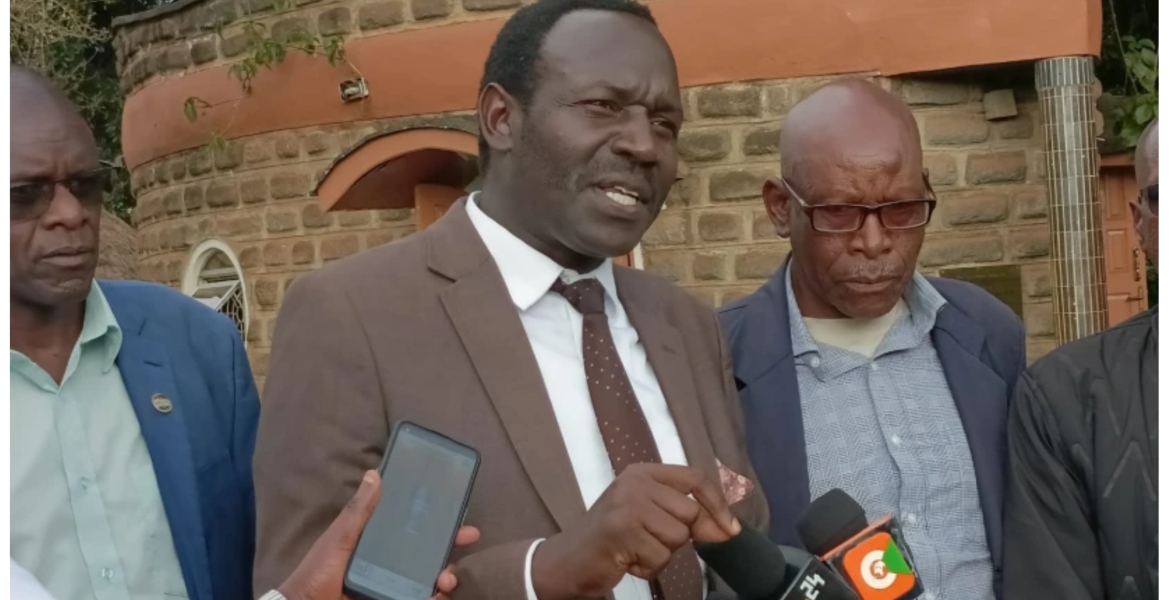 The family of Koitalel Arap Samoei has rekindled its demand to the British government to return the head of the late freedom fighter and compensate the Nandi community.

Led by his great-grandson Ambrose Tarus, the family demanded a public apology from the British government for the atrocities they committed against the Nandi community and pay Sh150 billion as compensation for the losses of lives and property.

“It is time that the family and the community can enjoy peace,” Tarus told reporters at Koitalel mausoleum in Nandi Hills

Samoei, a spiritual leader of the Nandi people, was reportedly decapitated and his head taken to the U.K as a war trophy, according to Nandi elders.

Samoei spearheaded fierce opposition to the construction of the Kenya-Uganda railway by the British colonial government through Nandi land in the 1890s, leading to the killing of over 12,000 people during the 10-year struggle.

He launched the struggle after prophesying that a black snake spitting fire — a steam engine — would pass through Nandi land, destroying tribal culture and disenfranchising local farmers and cattle herders.

Historians say the British colonial authorities lured Samoei to a meeting in 1905 to arrange a truce but they shot him dead together with his warriors and beheaded him. His head was later transported to England as a war trophy.

Samoei’s symbolic grave was built at the Nandi Hills Town, where his headless body was found. The grave is designed with marble and it shows that his head is missing.

Is it because of Samoei Ruto, or is it because the now KING Charles is their Weakest link???

This is why most Africans cannot mourn the queen Elizabeth 2. Her family is still enjoying the loot they stole from Africa. Their wealth is based on African slaves, Africans free labour. Africa's raw materials. Colonization caused more deaths and misery than all wars combined.
But the Last week has been a propaganda to still make it look like colonization had positive effects on Africa.
If you look at any country that was under the British rule, all are sinking in debt.
It's time to do away with the monarchy.
IT'S PLAINLY MENTAL ENSLAVEMENT to it's people and the world in general.

In 2019 George Floyd incident, Americans attitude towards black changed forever and Obama is ruling America since 2020 behind the scenes. 2019 was 400 years since slavery started in USA. Time for restoration for blacks. Police changed attitude towards black ppl. Now 2022 the queen died after 70 years. Ruto took power 70 years after 1952 emergency powers issued in Kenya. It's a new dawn and time Koitaleel family is restored and reparations for Africa gets done.

Also can we dip this Jesus from Europe n concentrate with our beliefs culture as Africans.Sisi nyeusi ni Bure kabisa.We need to stand on our own

Hiyo ulizeni Moi. Alikula 150M zenu but you still kept voting for him because you are blinded by tribalism. Poleni sana! Hamkuona Ruto akienda matanga ya cucu wake, akiwekwa kwa bus kama Rosa Parks akipenya magego despite a good number of Kenyans telling him to go straight to New York. I can almost hear Atwoli cry, " Kenya! In whose hands are you safe in??? In whose hands are you safe in???"

These people are evil. Keeping the head of Koitalel Arap Samoei in a jar as a trophy sounds more like a satanic ritual.