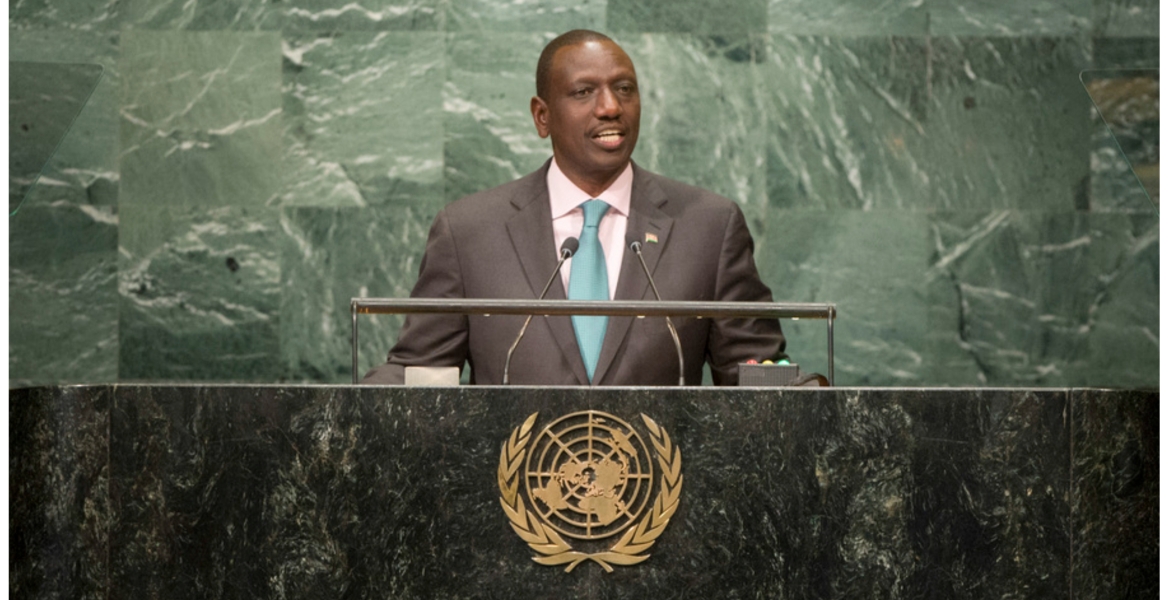 Ruto will take to the podium at 2 p.m New York Time (9 p.m East African Time) to deliver Kenya’s national statement, according to his Director of Communications Hussein Mohamed.

The Ministry of Foreign Affairs said Kenya will seek to promote its Foreign Policy at the multilateral system, including enhancing participation in the quest for the realization of SDGs and global leadership in emerging issues including climate change.

“Participation at the highest level in the UNGA is particularly important for Kenya as the country seeks to complete the second year of its non-permanent membership to the United Nations Security Council,” the ministry said in a brief.

At the bilateral level, President Ruto will lead Kenya's quest to harness relations with the United States of America guided by the five pillars of bilateral strategic dialogue partnership.

Ruto left the country on Sunday to attend the funeral of Queen Elizabeth II in London, before flying to New York for the UNGA conference.

Probably an empty hall. We all know how they do us.

Who would Want to Listen to a TelePrompter😁 that Doesn't know What it's Talking about?😇

William Ruto is a Nobody in the international community.

Someone needs to tell him.

Addressing the international community as WHO?

William Ruto is a nobody in the international community.

Not as WHO. As UNGA Kenya representative. In order for the prosperity of Kenya, United Nations wanted WSR as president and not the other project.

@Asista:
Every informed Kenyan (except you) is aware that, had Wafula Chebukati read Chapter 6 of our New Constitution, close to 90% of the current elected servants of the people (that includes Raila and Samoei), would not have been eligible to run for any elective public office.