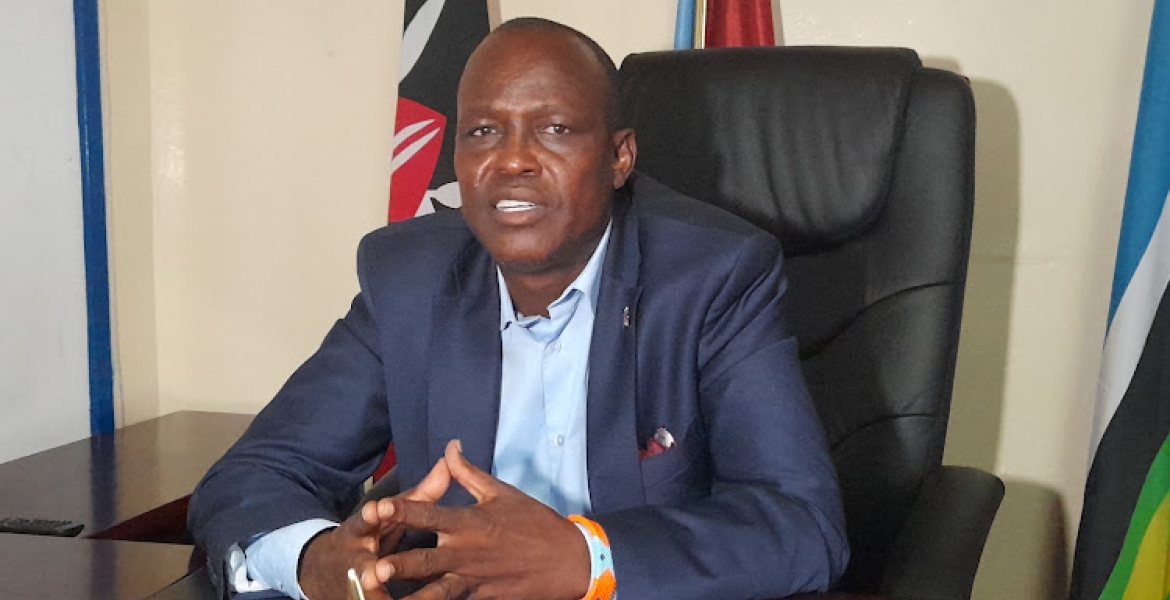 Turkana Governor Jeremiah Lomorukai is facing arrest for allegedly forging the academic papers he used to seek clearance to vie for the gubernatorial seat in the August 9th general election.

The Ethics and Anti-Corruption Commission (EACC) says investigations determined that the governor’s degree and diploma certificates purported to have been issued by the Kenya Methodist University were fake.

The anti-graft agency faulted the Independent Electoral and Boundaries Commission (IEBC) for turning a blind eye to their recommendation before the clearance.

The investigation file was submitted to the Director of Public Prosecutions (DPP) Noordin Haji, who has since approved the arrest and prosecution of Governor Lomorukai.

Lomorukai, who was elected on an Orange Democratic Movement (ODM) party ticket, will face forgery charges contrary to Section 345 as read with 349 of the Penal Code.

He will also be charged with giving false information to EACC and uttering false documents contrary to section 353 of the Penal Code.

The governor was among the 241 candidates flagged by the EACC as having outstanding integrity issues prior to the election and their names were submitted to the IEBC.

If the guy goes down, Sakaja should go down as well.

How did Samoei get his doctorate when he was a full time Vice President?

@ Ndugu Imara Daima, unfortunately, its a fact of life that in Kenya,You get afree pass as a crook so long as you are in good favor with the powers that be.But as soon as you fall out of that favor,whatever M O you applied in corruption and crookedness becomes the bane and down fall of your success.In short you lose the protection.Yes laws in Kenya are applied selectively.Good example is Owino Ongili charged with murder,and the judge says,"you buy the victim ahouse and we shall call it even". I still cannot wrap up my mind on this ruling.If this is not a miscarriage of justice, what is?This is a good case study for law students in Kenya.

correction here. Attempted murder, was his charge not murder.Even though his intentions was to murder the DJ. Lucky for the DJ, he survived.

Kwani wewe ni ng'ombe ya wapi?..you do remember he had been fired by Uhuru and replaced by Matiagas, therefore he had time to tangatanga and earn a degree as well?

Time to clean up this political nonsensical crap of corruption and impunity. Our constitution calls for a bonafide college degree for office. Why is that so hard to understand? And if you bring one down, no one with fake or questionable degrees should be spared. Clean up the house now!

@Mwororo, please understand that, that dictum does not apply to every body.There is a protected class that is immune to corruption,and its proceeds.Till we shutter that class,and have all equal under the law, corruption and impurity shall be passed on to each successive generation.Sounds pretty bleak right?

And how so you suggest we ‘shutter’ that class if we are recycling the same crooks? Many voted with their emotions not brains and thats why there is prize to pay for generations! Changing a culture and behavior is never easy for everyone used to a culture of ‘easy come’. Why sweat it? Just forge it!!

That's why I was hoping for a new blood at the helm.It would at least give us a lack of continuation from the old guards.

ODM is full of conmanship and thieves! Just like the dead Jubilee of thieves relathieves murderers and terrorists!

Hujaona ya Ruto. You must be Blinder than a Bat.

If he could con his way through every layer of vetting, don’t he now deserve a PhD from Turkana university???

Can't wait to see Sakaja's Uganda degree trashed so I can run for Nairobi governorship...unfortunately the constitution does not allow Diasporians to hold public Office .It only allows them to remit money to Kenya but cannot hold public Office .What a fallacy!.. and Ruto is thinking of a Diaspora ministry. What for if we are not recognized by the 2010 constitution as far as public service is concerned? Even the dead BBI was silent on that provision!..invest in majuu kwenye unaishi, buy house majuu and forget about Zamunda. They only reckon your money period.