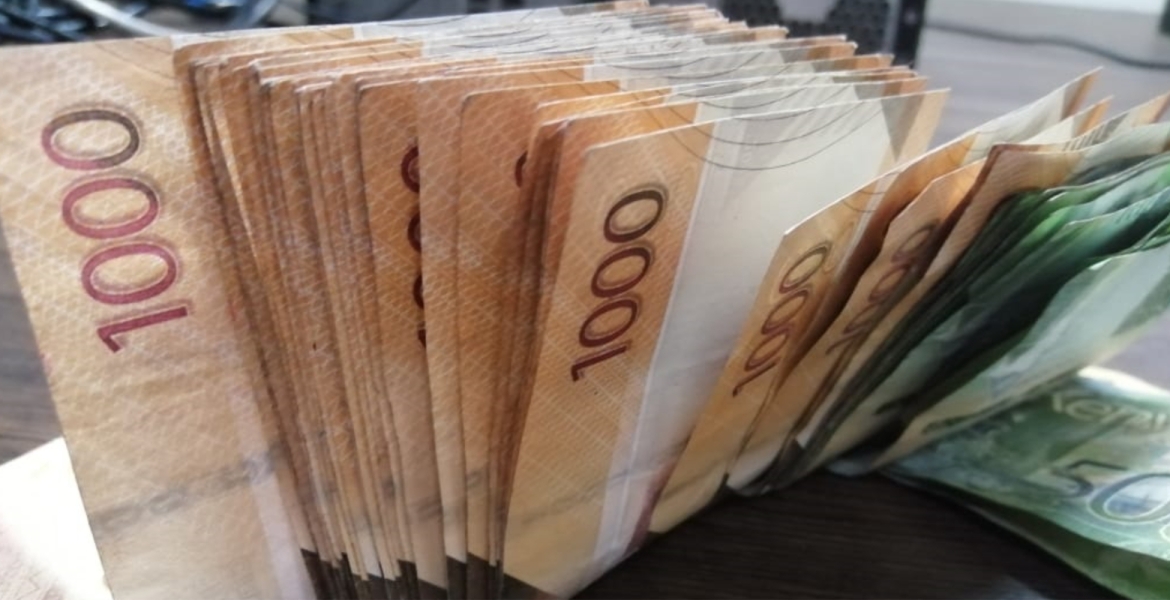 Police in Nairobi have opened a probe into an incident where a businessman was allegedly robbed over Sh6 million in Westlands.

The incident happened on Thursday after the victim, Mohamed Haji went to a forex bureau to convert dollars to Kenya shillings, according to a police report.

“He was given $50,000 by his brother Abdikadir Hassan while at Eastleigh Shopping Centre to change to Kenyan shillings at CBD Forex Bureau along Woodvale Groove in Westlands,” reads the police report.

The man boarded a boda boda from Eastleigh and went to the forex bureau where he exchanged $49,400 (Sh6,165,120) and boarded the same motorcycle.

On their way to Eastleigh, the two were stopped by a traffic officer at the Chiromo Lane and Westlands Rd junction.

“And suddenly they were joined by two people who were driving a white Toyota Premio. They took the money and bundled him into the vehicle and drove to an unknown destination while leaving the rider behind,” the report adds.

Police said Haji was set free at an unknown location and called his brother to inform him of what transpired and hailed a boda boda to Parklands police station to report the matter.

Is he an idiot to transport such money with such kind of recklessness? Bure kabisa!

Sounds like an inside job. Also who carries that kind of money around. DCI should be investigating.

So, he has large amounts of cash and hiring bodaaas, badass!!!

Main suspect is the boda boda guy.He must have planned with the so-called brother and so-called traffic policeman and the two Toyota thugs.The source of the money must also be investigated.It might be from drug or ivory sales or from Al Shabaab sea pirates.

@menye or himself conning his brother. otherwise who else knew he had changed such an amount. the teller could not have known which road he was to take unless the forex has a vehicle parked infront of the building .Very strange . by the way forex bureux can transfer the money to your account

Only CRAZY People hire Bodabodas to Ferry millions. He's very CRAZY; unless he CONspired with the "Robbers" to Con his Brother.