Chebukati: We were Offered a Bribe to Declare Raila as President or Force a Run-off 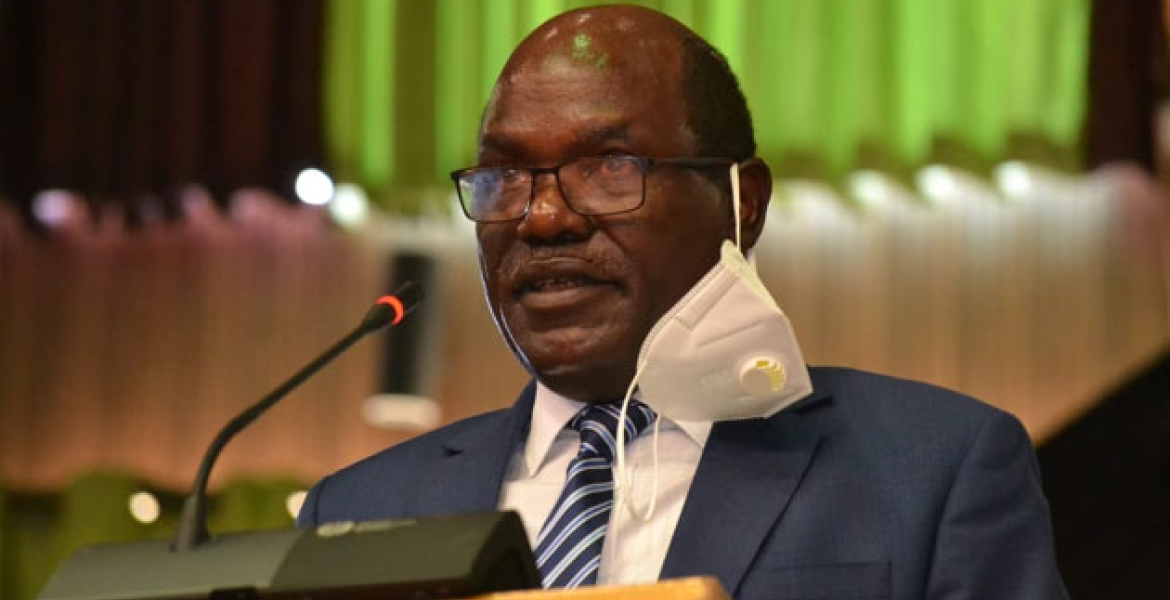 Former IEBC Chairperson Wafula Chebukati claims he was offered a bribe to alter the results of the 2022 presidential election in favor of Azimio candidate Raila Odinga or force a run-off.

Chebukati made the revelation on Tuesday while testifying before the tribunal appointed to probe the conduct of four IEBC commissioners in last year’s election.

He told the Justice Aggrey Muchelule-led tribunal that three Azimio leaders walked into the holding room at the national tallying centre at 3 a.m, where he was sleeping, and demanded an audience with him.

"I got information from my security detail and members of staff that there are gentlemen who want to see me. They walked in uninvited as I was in the holding room. I actually told my CEO that I would take a nap for one hour and was woken up by these men," he testified.

"They introduced the purpose of the visit that they wanted to discuss about the tallying process and I told them if that's the case I would have to invite all the commissioners to discuss. The commissioners were on the floor of the auditorium and it took them only a minute or two for them to join us," he added.

Chebukati, who left IEBC last week after his six-year term expired, said Wako suggested that the commission bends a few rules and "moderate" the results.

Tuju echoed Wako's suggestion and recommended that if the commission was not ready to moderate the results, they should then force a run-off, Chebukati said. Chebukati claimed that Tuju offered a reward if their demands were met.

"The first speaker was Amos Wako who said that we should not operate in a vacuum and we should look at the bigger picture for the country and when you reach this kind of situation you can moderate results and achieve stability of the country," said Chebukati.

"Tuju said that it was necessary that we moderate these results in favor of Baba and that any contrary declaration of the results would plunge the country into chaos. I understood Baba to be Raila Odinga," he added.

"He said that in the alternative, if it was not possible to moderate the results, then we should ensure that there is a runoff. Tuju said that we consider the request then we shall be rewarded. We did not encourage him to expound the reward."

He told the tribunal that commissioner Irene Masit, who is on trial, supported the proposal by the Azimio emissaries.

"Commissioner Masit agreed with the remarks of Senator Wako and Tuju. That we should moderate the results. I said that the will of the people must be respected and live up to the oath of office," he said.

Wako is shameless! Even after failing Kenyans dismally in those evil Moi years by just always smiling, even when death was in the face of then vulnerable Kenyans, caused from hunger, political persecution, forced tribal animosity, nepotism, etc., etc. was facing Kenyans, he just continued "SMILING"....you can see those fake-evil smiles he always domed in all old photos in the press. Bure kabisa!

So how much did Ruto offer Chebukati to steal the election for him?? This Chebukati is simply a mad man.

Chebukati gave his evidence under oath. Now, we need Tuju, Wako and Mbobu to do same, under oath. These Kamukunji uterances are just a destruction from the truth.

Exactly, though I doubt they have any.

Chebukati is lying under oath! He took the bribes gger bribe from Ruto to overturn the will of the people. These silly guys are used to telling lies; wametuzoea!

"Chebukati, who left IEBC last week after his six-year term expired, said Wako suggested that the commission bends a few rules and "moderate" the results."
I bet Wako will deny this accusation.Or claim that his statements were misconstrued.Well,this is serious stuff,when bribe is offered to alter the will of the people.
This countercharging has to stop somehow.Both sides cannot be telling the true.One side is telling the truth,or both sides are lying. Is it time to call upon the wisdom of king Solomon? What is so hard about finding who is telling the truth? Do they need more time for investigation,circuspect in fact finding,or are they incapable,and need mzungu's intervention?Our brethren and sistren have aright to know.

A good man with class and principles!

Chebukati: You had better shut up and go home. Your work is done and you will no longer receive bribes to doctor results. It’s plainly clear you had no control over the elections. Everything was being controlled from Karen house by thugs you and your lord Ruto had hired. Go home and leave Kenyans alone. You failed them in your tenure in office. You are dirty and foul and corrupt. You belong to jail together with your Venezuelan friends. It’s unfortunate that people who claim to be religious can be as evil as you are. Good riddance!

Chebukati cleared misfits (thieves, rapists, con artists, murderers, crooks, and incorrigible liars) to run for an elective public office. What do you expect from a man of such a low character?

Precisely Chebukati is a very low class, low caliber kind of guy. He has lied several times before. Swearing holding a Bible and then lying non stop is just normal for this evil goon. I take what chebukati said with a grain of salt.

Evil forces were defeated. Dynasties remain in the desert like Egyptian pyramids for historical purposes