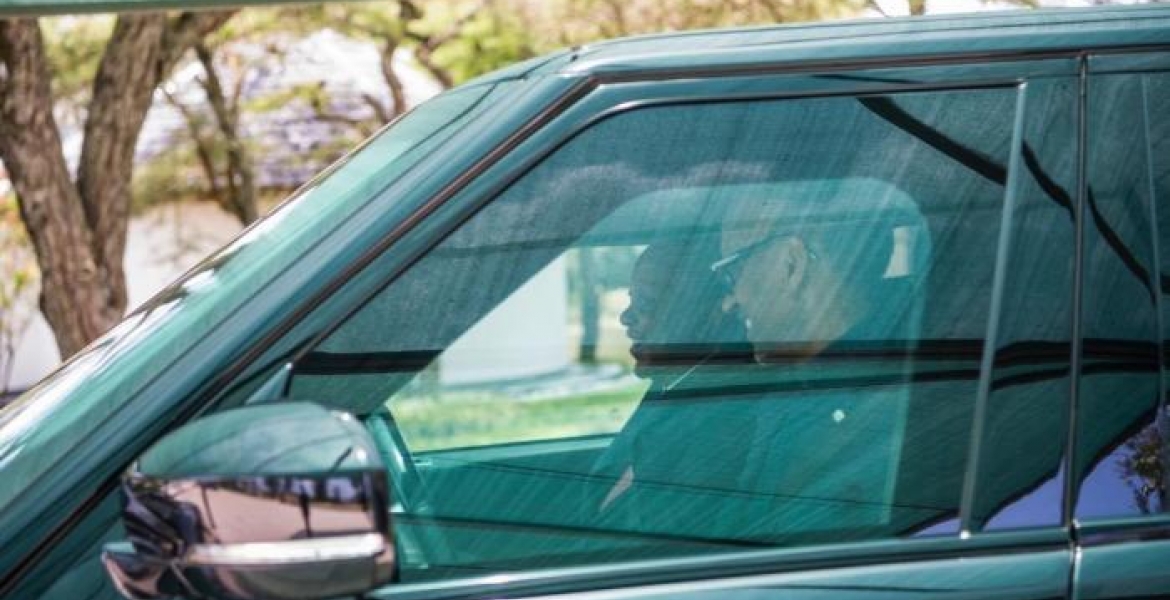 A photo of Rwanda President Paul Kagame driving his Kenyan counterpart Uhuru Kenyatta in the streets of Kigali has surfaced on social media.

Kagame was reportedly driving President Uhuru to the airport on Monday following his visit to the East African nation.

The photo was shared by the Office of the President of Rwanda.

During his short tour to Rwanda, Kenyatta held talks with Kagame before attending a National Leadership Retreat in Kigali.

During the summit dubbed #Umwiherero2019, President Uhuru applauded the strong ties between Kenya and Rwanda.

“The relationship between our two countries is probably one of the best relations that we have as Kenya."

Kagame is scared of women. He “prefers” men.

Did the boy in statehouse benchmark how clean and safe Rwanda is or was he as usual laughing when there was no laughing matter? Kagame is a former solder with military experience unlike the boy who dresses in military costumes. Long before Kagame was President he was already an accomplished leader of the Rwandese unlike the boy who halfway through his second term he has nothing to show other than corruption and betting. Tusker kila saa!

We need African leaders enjoying such moments and working together for a better Africa.