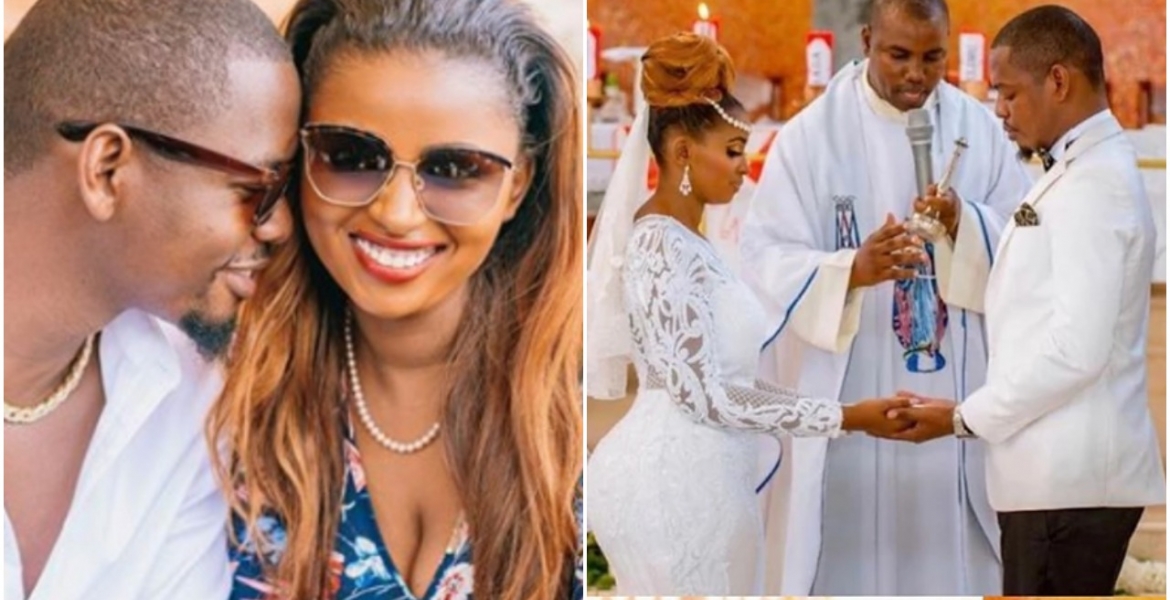 In a statement on Friday, Pol’s management urged his fans to allow him and Anerlisa to have some privacy as divorce proceedings continue at the primary court in Tanzania.

“At this time, Ben Pol would like to confirm that his divorce proceedings are in progress at the primary court but have not yet been finalized,” the statement reads.

“These proceedings are a very private matter and he will not discuss any details out of respect for all parties involved. He kindly asks that space and privacy be given to him and his family during these challenging times.”

On her Instastories, Anerlisa also appeared to confirm the same saying, “I would like to make it clear that I signed whatever was needed to be signed and I do not wish to be associated with anyone. My focus right now is my career & my peace.”

Anerlisa, who is the owner of Nero Water company, is the daughter of Keroche Breweries owners Tabitha Karanja and her husband Joseph Karanja.

That was a short marriage by all means!

All that glitters is truly not gold! A very successful family business wise with all manner of issues of life!

Could her drinking alcohol too much be the problem in this relationship? Her sister (Lali’s wife) died of alcohol related problems.

Over drinking of alcohol can kill a generation and many generations to come! Please let’s not be selfish in our endeavors!

Theirs is dirty money. Some businesses build a nation; this is not one of them.
Perhaps they should finance rehab centers to remove this bad Karma which has persisted for long.

I hate alcoholic beverages! I have a friend who drinks too much. His life has turned upside down because of too much drinking. I hate to see his life wasting away!

Unfortunately that one beer too many have already claimed their daughter Tecra’s life! RIP!

So you can see the fruits of that heavy Alcohol level content. I like money but surely I don’t know if I want to enrich myself by making the entire world drunk, literally!

Is Ben Pol demanding a share of her wealth? Just curious because that could have his motive in marrying her!

No one should be asking for any material possession inheritances For a marriage that lasted such a short time! But time will tell as the divorce proceedings continue to play in the public gallery!

Why would a Kenyan woman want to marry a TZ man whose value of hard work is diminished by the ujamaa way of life where hard work is not valuable?

You will also find that TZ women are home wreckers and lazy! Yes they externally look good but have no much moral values! I had a good number of encounters with several of them in Norway and I would not marry a TZ woman!

A well groomed Ben Pol who probably fit the Analiza’s family mold of prestige but now comes short of being a husband material!

Ben was well liked and accepted in the family circles and by the family while Lali the beach boy was an out cast because he was not well groomed to be a show off boy!

What a tragic way of thinking? How sad!

TZ men aren't ambitious due to ujamaa foundation. This was a perfect example of no match. Souls must match 1st not just money bringing ppl together. Good luck to the 2

The boy looked pretty on the outside and so Analiza’s family fell for him because he was a good show toy! Pol’s ujamaa history of being lazy just couldn’t allow him to support a needy girl!

Tabitha have insulted Lali for spending her late daughter’s money! I wonder what she will say about Ben Pol when everything is said and done! She may call him a make gold digger and slap him with a cooking Mwiko!