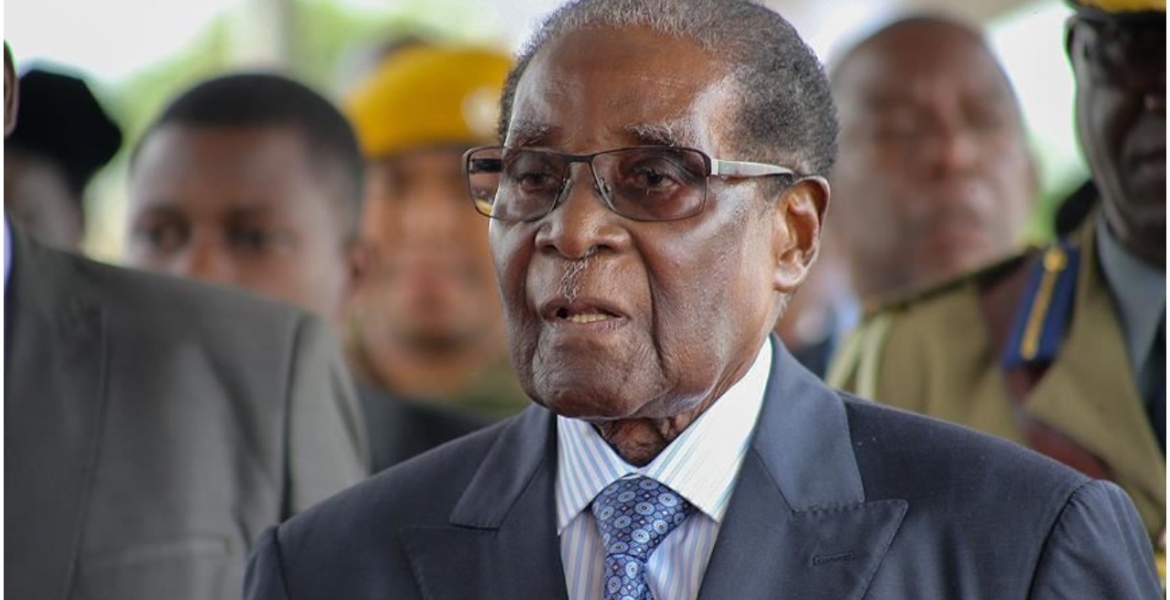 A traditional chief has ordered the exhumation of the late Zimbabwe President Robert Mugabe’s remains.

Mugabe, who died at the age of 95, was interred in the courtyard of his home at his village of Kutama after weeks of a dispute between the government and his family over his final resting place.

Mhondoro, a traditional chief in the Zvimba district, said he had received a complaint from a Mugabe clan member over the manner of his burial.

After presiding over a village court last week, Mhondoro ordered the exhumation of Mugabe’s body and their reburial at the National Heroes Acre in Harare within 30 days or before July 1st, 2021.

“You are also ordered to gather clothes and all his belongings and surrender them on or before the 1st of July,” the ruling added.

Grace, who did not attend the hearing, was fined five cows and a goat and ordered to pay the workers who would exhume and rebury the remains of her husband.

Leo Mugabe, the late president’s nephew and spokesperson for the family, rejected the ruling.

“He (chief) has no jurisdiction over Kutama. And even if the correct chief had made that ruling we would have appealed to the court,” he told Reuters.

Mugabe’s successor Emmerson Mnangagwa wanted him to be buried at the monument for liberation war heroes, but the family rejected the plan, saying Mugabe had expressed fears that some of the people who removed him from power would seek to conduct a traditional ritual with some of his body parts.

Mugabe, who was removed from power in a bloodless military coup in November 2017, died on September 6th, 2019. He ruled the South African nation for 37 years.

Do they have that power?

@ Dan Komen, Some traditions dont make sense at all,but still are followed. I think one reason is that we still give alot of respect to wazee,and are afraid to question what has been passed down to them from generation to generation even if we know its"nonsense". Time,and influence from other cultures,or exposure to other culture i should say,will change this eventually.
Remember to these wazee, their traditions make alot of sense.But of course they cannot prove that "sense". Its just a belief.
Today's world is prone to go with what makes sense scientifically.

Maxiley, are you that ignorant or just trolling. The article itself spells it out clearly. This was something Mnangagwa wanted to do and just used that fake chief to do what he couldnt and save face in public.
To try and use that to justify your "scientific sense" of moral fortitude is weak and DOA to the astute reader. Please peleka your unfounded beliefs of african traditions being inferior elsewhere. I've been watching your views from aside but felt it necessary to speak out when I see people just using obvious colonial squabbles to denigrate indigenous african people. Theres a thin line between self-hate and veiled racism. This site is named mwakilishi so dont expect to get away with subtle hints of african inferiority here. Go to your masters at fackaberg network or gospel sheeple, but mwafrika is wising up and africans will soon be flexing their muscles. I urge you not to payuka ovyo ovyo at that time. Learn now and hopefully by then, you and your offspring will view africans with the respect they deserve. That or we'll simply make you - oh and I can assure you the latter wont be a pleasant ordeal.

@Mizzle, once someone dies that's it. It does not matter if he is interned under the sea,or in a remove village somewhere.That applies to africans,Indians,Americans or for that matter any human being in any corner of the world.The dead are soon forgotten and the world moves on.