Nairobi Nightclub Releases Photo of a Woman Who Drugged and Robbed Their Client of Sh180,000 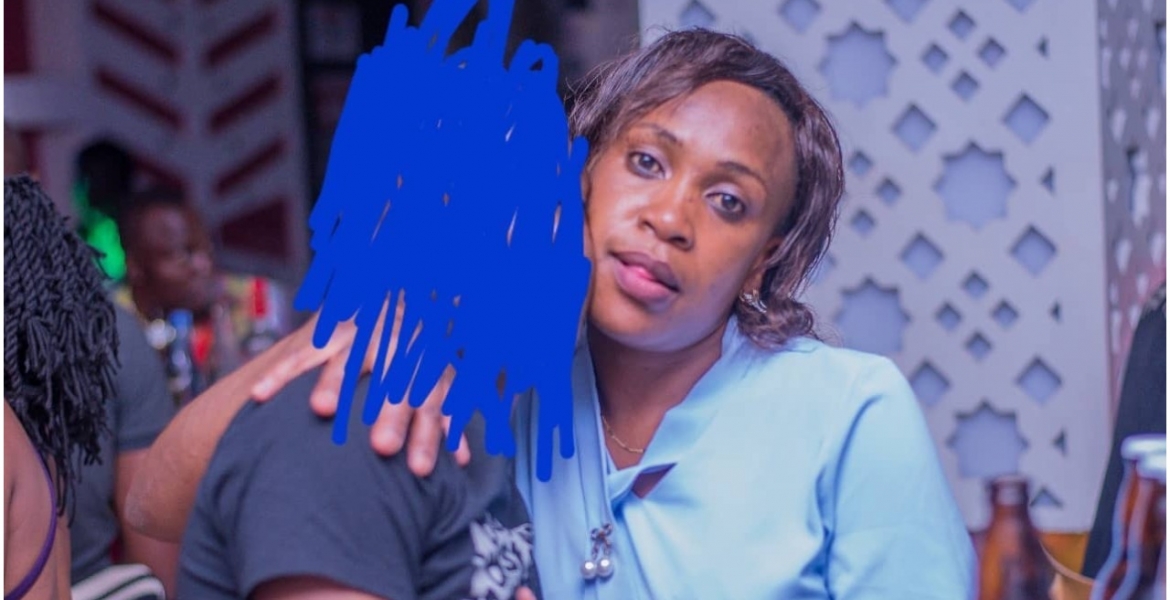 A popular Nairobi nightclub has published the image of a woman who allegedly drugged and robbed one of their male clients.

Through its Facebook page, Avery Lounge in Utawala said it lodged a police complaint on behalf of the victim, who was robbed of cash, and household items.

The suspect emptied the reveler’s Mpesa and bank accounts, besides stealing his 65-inch television set and a fridge after drugging him.

“Police are in hot pursuit of her, any information about her whereabouts will be highly appreciated,” Avery Lounge captioned a photo of the woman holding the victim.

The man is alleged to have met the woman at the entertainment joint and they enjoyed drinks before going to his house, where the suspect executed her mission.

Irene Njoki Irungu, alias Michelle, is believed to be the leader of a gang that has been drugging unsuspecting revelers in Kiambu County and its environs.

She allegedly spikes revelers’ drinks with a drug that tranquilizes them for up to 12 hours before robbing them of their money and other valuables.

Dozens of SIM cards, mobile phones, and wristwatches suspected to have been stolen from her victims were recovered following her arrest. Officers also recovered the drug suspected to be used in drugging her victims.

She is not working alone surely someone must have seen them moving the TV and fridge.

@ Guest, She is the bait.Then the muscles come to do the heavy lifting.
One thing I know for sure is that, that kind of life is too risky.And when they escape from time to time, they are emboldened to think that they cannt be caught.I guess to some the risk of being killed,maimed,or going to prison is worth stealing for.
I wonder what these thieves would feel like if after stealing, some other crook out smarts them,and steal their loot...

That’s a nice payoff in one night for her. Got her house furnished and loaded up her bank account. She obviously had to get some extra hands to carry the tv and fridge. I wonder what she told his neighbors since the move probably happened at night.
My main question is why are these so readily available for anyone to buy? Shouldn’t they be banned by now? They do more harm than weed which is illegal.

How can take a stranger you have met in a club to your house? I have no mercy for you.

Get all these EVIL prostitutes feminists, me too in prison as they DESTROY societies

They say "Me too" yet they are the Seducers; the Perpetrators.

@ Rotten, actually,I blame the men.They dont have to fall for this cheap over used model,or playbook. They know very well what they are getting into.
Society has inplace the right way to go about chasing women.Thinking that you will score acheap shot only puts you in trouble,especially if you are married.
Men go to prostitutes for one thing only-SEX.And this sex is usually short lived. So idont undestand why men risk alot just of this short time of pleasure.Something must be wrong with their rationale.

In these day of Viagra and the rest, some Men fall for anything.

@ROTTEN, prostitutes are not COVID-19 which you get through the air. They will not get you if you do not go for them.

But what has Raila done to your small brain? You always find it convenient to rig his name just about everywhere. Does Raila look like your father?

..eee..men are really drinking from this cup of light-skin women...

About time to separate men and strange women in bars. Coed bars a trouble. Men must not take home strangers from bars and no touching should be going on either

@ So woke, hilarious but if implemented,could save alot of grief.I have not confirmed this,but I read somewhere that,Japanese women were tired of men groping them on commuter trains,so they clamored for their own trains-WOMEN'S ONLY trains,and got them.May be women's only,and Men's only bars could work as well...For men only if a legal brothel is next door,or upstairs.

MWAKILISHI bring Amoth’s admission that Uhuru and muuaji Raila’s failed to prevent/protect Raila worshippers from COVID infections at BBI campaign meeting on June 1st in Kisumu.BREAKING NEWS are that muchawi is using refrigerated choppers to transfer corpses(his food) to his Karen freezers as those in BONDO are full.

Wanaume na matina..that's recipe for failure.
Most of us men think with our little heads instead of thinking with our big heads.

What happened to the kikuyu women if I may ask? Wao na pesa ni Moja! Very sad indeed for a woman to do this kind of nonsense!