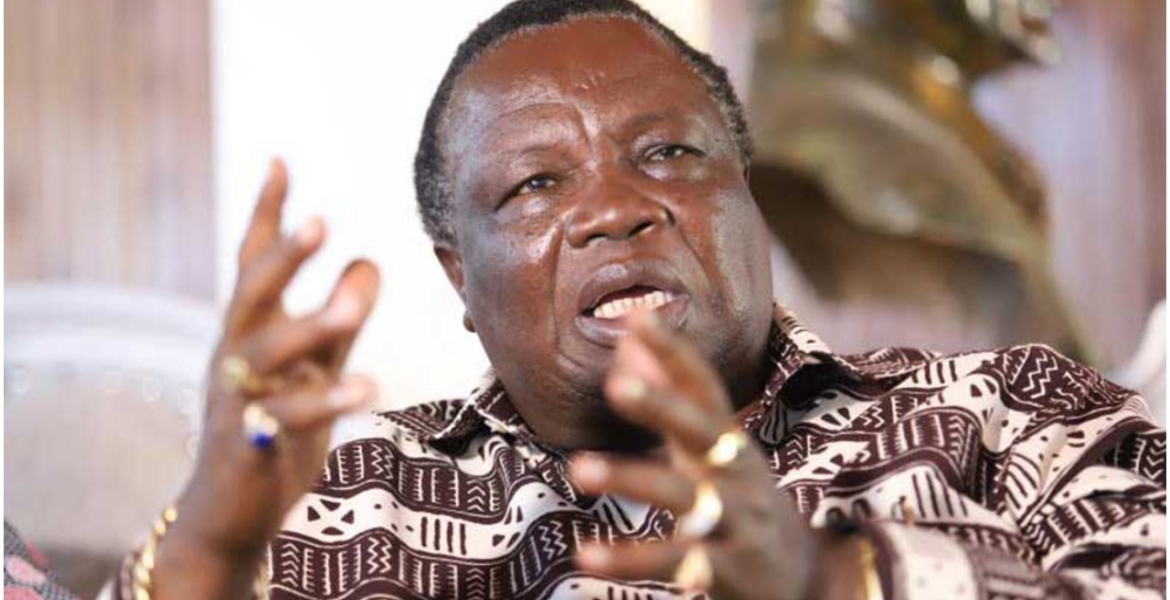 In an application to the Kenya Industrial Property Institute (KIPI), Atwoli is seeking to acquire the exclusive rights for the use of the viral exclamation attributed to him.

If KIPI accepts his application, everyone will be required to seek permission or pay him before using the slogan online and offline.

Atwoli in his bid argues that the phrase has no English translation, adding that the slogan is a unique exclamation attributed to him publicly.

The phrase went viral on social media after the 71-year-old veteran trade unionist used it during an interview with Citizen TV’s JKlive in February this year.

Since then, the expression has been commonly used by Kenyans online to respond to anything shocking or absurd. Some business-minded Kenyans have even used it on branded T-shirts.

Anyone wishing to challenge Atwoli’s application has until December 29th to do so. They will be required to part with Sh5,000 if they are Kenyan citizens or Sh2,500 if they are foreigners.

A trademark is a symbol used to identify the items of an industrial or commercial firm, or a collection of such enterprises, according to KIPI.

“The sign may consist of one or more distinctive works, letters, numbers, drawings or pictures, monograms, signatures, colors, or a combination of colors,” KIPI says on its website.

In the poem "Desiderata", one line states that one should enjoy their achievements as well as their plans because they are real possessions in the changing fortunes of time. Atwoli, enjoy your "Alaas" and make a fortune out of them.

Come on now, Atwoli did not come up with that word.I am not even sure if they know the originator of that word. Growing up, I was used to hearing folks say something like " Alaa wewe unafanya nini..."Granted that he has the right to patent it,since its in public domain now,its unfortunate that he is being driven by geed to take advantage of someone's "invention".

Comrade Maxiley,
Maybe they need to Goggle the name.
It's an Arabic name.
But only in kenya do crazy stuff happens.

Same as those guys who tried to trade mark name kiondo and ciondo. Greed and search for attention.

Atwoli trying to make NFT. All about himself. Just open a comedy club that would help others make a living also.

Rubbish, we urbanites say is all the time! Either in shock, disbelief or appreciation. Patent it? Lo!

Ha, ha! Glad to see there is a moderator!

Alaa...pls use the free airticket you got to go see Dr.Oz and give him a big alaa from me.