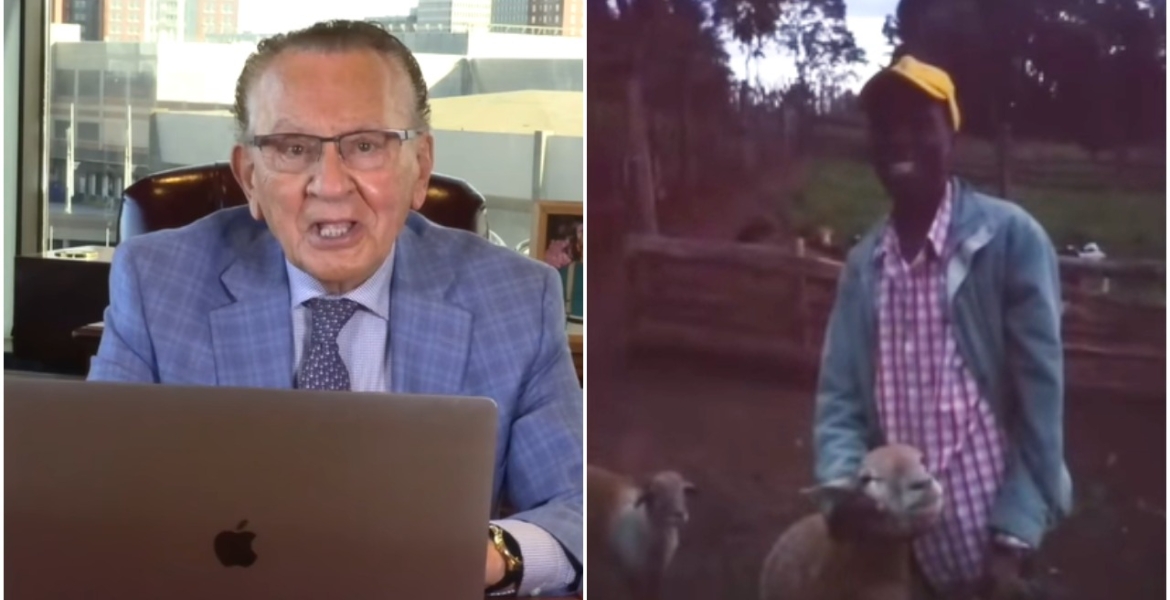 A Kenyan man could not hide his joy after a prominent US judge responded to his comment and even called him.

Through social media, Chelten Tuguno expressed his admiration for judge Frank Caprio, adding that he would wish to meet him one day. He went on offer the judge a gift of three goats as a gesture of appreciation.

Without disclosing why he holds the judge in high regard, Tuguno wrote, “You, Frank Caprio, are a judge sent by God. I love you. I wish I could meet you before you get old. I have 3 goats that I have to give to you as an appreciation from me in Kenya.”

Justice Caprio read Tuguno’s comment and called him to find out whether he was ‘serious about the offer.’

“That is the man I love,” says Tuguno once he is on call with Caprio.

The judge said he was happy and honored to have the opportunity to speak to Tuguno and accepted his gift.

“I can’t tell you how impressed I am that you offered three goats to me. I have had a lot of experiences in life but I have never been offered a goat. It is of great importance because my ancestors were goat herders,” judge Cario says.

Caprio, 85, currently serves as the Chief Municipal Judge in Providence, Rhode Island. His judicial work is televised in the TV show Caught in Providence.

Very smart judge. Hii tabia ya kupatianthe wealthy presents yet we have nothing for the poor is a shame

The best story I have read this hear! Passing on the blessings to those in need!

The judge I have to say is an honorable man. I have seen a lot of his court stuff and he treats people like humans and with dignity.

The judge has guts why would you send gifts for what to achieve what this habit sucks.Many needy people around us. Stupid stuff

A gift opens the door. Candace queen of Sheba gave king Solomon a lot and gained much back including a royal sleepover that resulted in a son. Ethiopia weren't colonized.

He's being sleek & looking for a hand out.